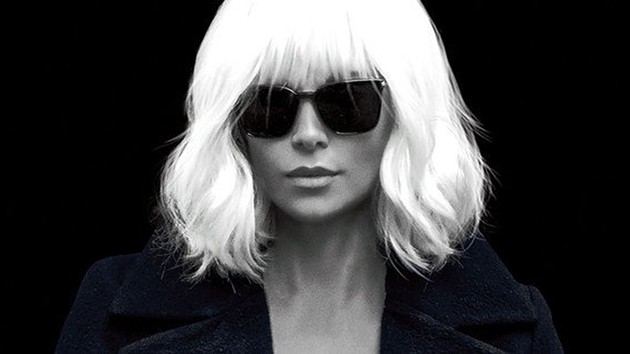 The logical companion piece to the summer hit Baby Driver, Atomic Blonde is another movie largely defined by its cool-as-ice characters, its action-packed set-pieces, and its awesome mix tape of classic tunes readily available for iTunes download.

But whereas Baby Driver (the better picture, though not by much) loses some tread during its final act, this adaptation of the graphic novel The Coldest City feigns in the opposite direction, getting off to a rocky start before blossoming into something rousing and rejuvenating.

Charlize Theron, newly minted action star thanks to her fast and Furiosa turn in Mad Max: Fury Road, is equally as kick-ass here – she’s Lorraine Broughton, an MI6 agent operating in Berlin at the tail end of the Cold War. Landing in the divided city just as the Berlin Wall is about to collapse, Lorraine must find out who killed a fellow operative while also locating an explosive list that contains the names of double agents.

She’s ordered by her MI6 superiors (Toby Jones and James Faulkner) to hook up with the department’s agent in Berlin, a live wire named David Percival (James McAvoy), but she also comes into contact with a gruff CIA agent (John Goodman), a mysterious woman (Sofia Boutella) who’s been following her, and assorted other players in the spy game.

Atomic Blonde is the sort of movie in which nothing is as it seems, as scripter Kurt Johnstad serves up a full menu of double-crosses, triple-crosses, false identities, and startling character revelations. Some of it doesn’t work (the film reveals its hand regarding McAvoy’s Percival far too soon), but the flurry of activity at least is consistent with the rest of the movie’s kinetic approach.

David Leitch, a former stuntman on such films as The Bourne Ultimatum and 300, made his directorial debut (albeit uncredited) alongside Chad Stahelski on 2014’s John Wick, but his work on Atomic Blonde is far more impressive. There’s a lengthy fight sequence in this picture that’s among the best of recent times – filmed in one uninterrupted take, it’s less fanciful and more realistically sloppy than many such filmic fisticuffs, as characters can barely stand even as they continue to wallop each other.

As noted, the soundtrack is superb, even if it isn’t always as hardwired into the action as cleverly as the songs in Baby Driver. For instance, After the Fall’s “Der Komissar” figures prominently in one scene, the sole reason apparently being that – whaddaya know! — the song title is in German and this movie is set in Germany.

Then again, the film does open with one brilliant David Bowie song — “Cat People (Putting Out Fire)” – and closes with another brilliant Bowie tune (not telling), so let’s not be too harsh on Leitch for turning to his iPod to score the picture. Like his personal playlist, Atomic Blonde rocks.