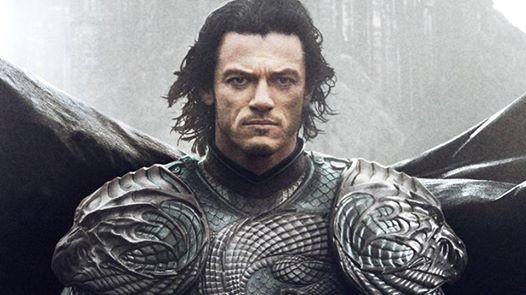 Forget Captain America being the first Avenger. Who could possibly have guessed that Dracula would be revealed as the first superhero? Bruce Wayne, step aside for the one true batman.

Certainly, Bram Stoker never imagined that his literary creation would one day be deemed more powerful than a locomotive. And history's own Vlad III, whose gruesome modus operandi of mounting corpses on stakes earned him the nickname Vlad the Impaler, would probably likewise be startled to learn that he had the ability to leap over tall castles with a single bound.

Yet that's the takeaway from Dracula Untold, a dirt-dry dud that never feels like a horror flick as much as it registers as a superhero saga on the order of Superman or X-Men: First Class.

Yet unlike those worthy yarns, this belongs to that subset of useless prequels/origin tales that absolutely no one demanded, like Butch and Sundance: The Early Days, Oz the Great and Powerful, Dumb and Dumberer: When Harry Met Lloyd, and the ill-conceived Hannibal Rising, which presented the early, carefree years in the life of everyone's favorite cannibalistic serial killer.

As the film starts, we learn that Vlad Tepes (Luke Evans) wants to impale no more. Tired of hoisting all those bodies onto really pointy sticks, he figures it was probably just a youthful indiscretion and has moved on by marrying the beautiful Mirena (Sarah Gadon), siring a boy named Ingeras (Art Parkinson, late of Game of Thrones), and ruling his people with a benevolent hand.

But the Turkish ruler Mehmed (Dominic Cooper), whose facial stylings and coiffed hair mark him less as a conqueror and more as a fashion designer borrowed from America's Next Top Model, plans to overrun Vlad's peaceful kingdom, so The Despot Formerly Known As The Impaler comes up with a desperate plan.

He will journey to the cave of the Master Vampire -- not to be confused with Jon Lovitz's Master Thespian, the Ninja Turtles' Master Splinter or Metallica's Master of Puppets -- and beg to be given the superhuman strength of a bloodsucking creature of the night. The VIP vamp (Charles Dance, stealing the show) strikes a bargain in exchange for granting the powers: If Vlad can go three days without drinking blood, he will become wholly human again, but if he yields to temptation, then he's doomed to live in the darkness forever.

From this point forward, the picture becomes one long CGI demo reel, with spastic special effects dominating the proceedings. Fans of vampire flicks will find little of merit here, and even devotees of the 300 style of shooting (present throughout) might be disappointed in this PG-13 film's bloodless bloodletting.

But I expect a few connoisseurs of comic book adaptations might enjoy the origin story beats -- who knows, maybe an online petition might result in Dracula mixing it up with Gambit, Aquaman or even Groot.