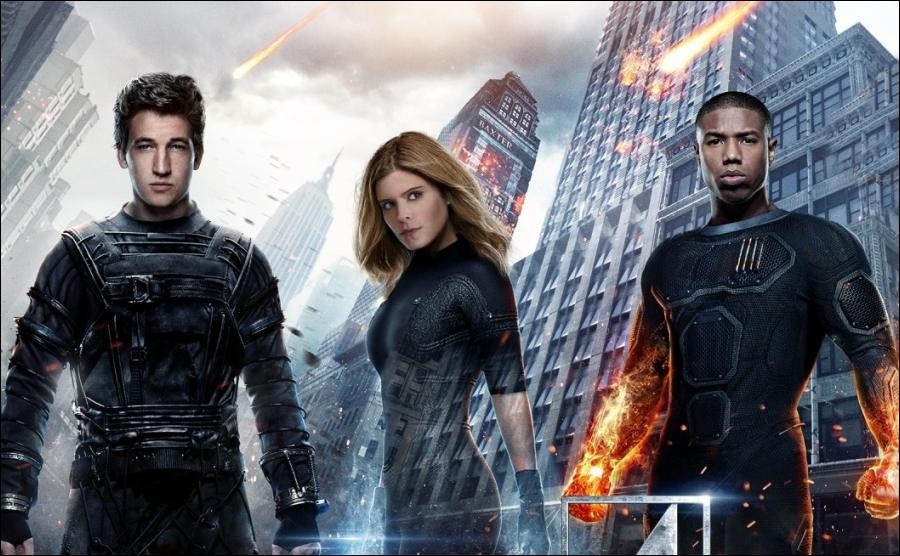 The title “Fantastic Four” doesn’t actually appear on screen until the end of Fantastic Four, which makes me suspect it’s simply wishful thinking on the collective part of the suits at Fox. “The first three films were lame? Don’t worry, number four will be fantastic! We promise!”

Honestly, is there a more cursed franchise in Hollywood than this one? One of the genuinely classic comics from the storied history of Marvel, it’s mind-boggling that no one has been able to make a decent movie out of this material. It brings to mind Jim Gordon’s line about Batman at the conclusion of The Dark Knight: “He’s the hero Gotham deserves, but not the one it needs right now.”

Is the same principle applying here? Are these the heroes America deserves, as punishment for our slavish devotion to all films Marvel? A grim – make that Grimm – assessment, indeed.

Another reboot, another disappointment. The Incredible Hulk was only slightly better than Hulk, while Mark Webb’s Spider-Hipster films couldn’t begin to compare to Sam Raimi’s Spider-Man flicks (the first two, anyway).

So while it may be true that this Fantastic Four is an improvement over the 2005 version (and perhaps its 2007 sequel, Fantastic Four: Rise of the Silver Surfer), that’s really not saying a damn thing.

Based on an updated take on the squad as opposed to the property first created by Stan Lee and Jack Kirby back in 1961, this finds our fab four much younger than in previous incarnations – think along the lines of Muppet Babies and you’re halfway there.

Yes, the last-named characters are so devoid of personality or quirks that I’m hard-pressed to think of any adjectives to describe them. At any rate, after nearly an hour of sluggish exposition – while these types of films often don’t have enough exposition, this one has too much – the quartet finally are exposed to the mysterious green glop that looks as if it could power a thousand Green Lanterns but instead turns these meddling kids into something more than human.

Here’s the thing about Doom: He just might be the best villain ever created at Marvel HQ (think of him as a formidable forerunner to Darth Vader). But in the earlier FF films, where he was limply played by Julian McMahon, he was a pitiable baddie, reduced to the level of a wimpy Wall Street embezzler. Kebbell brings a dash more menace to the role, but the design of the character is an eyesore: He looks like someone who’s been wrapped in aluminum foil and set to bake at 400 degrees for two hours.

More convincing are the effects used to create the heroes, with Johnny’s Human Torch particularly effective. In fact, the Torch gets the best deal all around, since Jordan’s performance is arguably the best among the younger set.

In fact, none of these skilled actors are bad individually, but thanks to inert writing and direction, they’re never allowed to establish any chemistry among themselves. Especially affected are Reed and Ben, who are supposed to be longtime friends but seem about as comfortable around each other as two strangers mashed together on a crammed NYC subway car.

There’s a climactic battle, of course, but it’s rather anemic, generating about as much suspense as found on any given episode of Fraggle Rock. And then it’s all over, leaving in its wake disappointment, disillusionment, and the threat of a sequel in 2017.