Review: Fate of The Furious 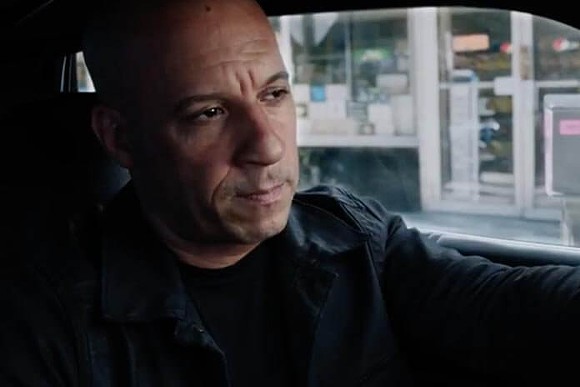 THE FATE OF THE FURIOUS

General Hospital has been on the air for 54 years, and yet I daresay that not even that long-running soap opera has employed as many recurring characters as the Fast & Furious franchise. Many of these players have returned for The Fate of the Furious, which is just good enough to keep the engine revving a while longer on a series that was previously running on fumes for the first three sequels following the 2001 original.

The eighth installment in the deathless series (hence F + 8 in the title; get it?) again finds Dom Toretto (Vin Diesel) yammering about “family” with even more frequency than any given Walton, Ingalls or Ewing. Thus, it’s shocking when Dom betrays his girlfriend Letty (Michelle Rodriguez) and the other members of his tight-knit group by joining forces with Cipher (Charlize Theron), a thoroughly despicable villain who’s collecting nuclear devices to achieve her endgame of total global domination.
'
Did I say shocking? I meant ludicrous (not to be confused with series co-star Ludacris), since Dom’s behavior toward his loved ones really makes no sense even considering the narrative at play.

For a series that has largely been about men comparing the sizes of their crankshafts with each other, the homoeroticism is generally kept under wraps, though there’s some amusement in watching Hobbs and Deckard try to one-up each other with boastful threats involving what they would like to do to each other.

Naturally, though, it’s the autoeroticism that takes center stage, even as the franchise continues to expand beyond its more humble roots by swiping a page or 10 from the James Bond playbook.
The Fate of the Furious wallows in inanities with about the same frequency as it delivers excitement, and, like the other two films that followed the series-best Fast Five, it largely succeeds as a breezy and engaging lark (even if the death of one likable character proves to be too ugly for this generally lightweight series).

With the exception of one poorly CGIed set-piece involving hundreds of out-of-control cars, the vehicular stunts remain eye-popping, and, with the exception of Tyrese (whose Roman remains one of the worst comic-relief characters of recent vintage), the actors have yet to wear out their welcome in these familiar roles.

As expected, The Fate of the Furious ends with at least one unresolved plotline dancing in the wind, so look for the ninth entry — So Nine, So Fine, So Furious? — to hit multiplexes in 2019.

The Fate of the Furious is not showing in any theaters in the area.