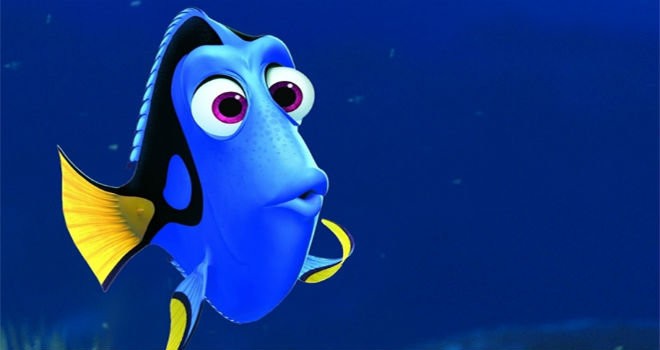 Of the first 10 animated features to come out the Pixar gate, only one was a sequel. But out of the last seven, four have been sequels, and of the four films announced for future release, three of them will be sequels. In other words, welcome to the studio’s cash-grab years.

Of course, two of the follow-ups turned out to be instant classics (specifically, the Toy Story titles), and with last summer’s superb Inside Out, the Disney-owned outfit demonstrated that it can still produce wholly original movies worthy of the Pixar brand.

Unfortunately, efforts like Finding Dory, while perfectly pleasant, do little to quell the feeling that a certain measure of rubber-stamp efficiency has gripped the studio. A sequel to 2003’s Finding Nemo, this one focuses on the blue tang fish (voiced by Ellen DeGeneres) who has suffered from short-term memory loss her entire life.

Now recalling bits and pieces of her childhood and the close bond she enjoyed with her parents, she elects to cross the ocean in order to locate them, with the reluctant clownfish Marlin (Albert Brooks) and his eager son Nemo (Hayden Rolence) joining her in her seafaring search.

As with Finding Nemo, the animation employed to capture the look of life under the sea is absolutely staggering, even if it no longer registers as the revolutionary feat it was 13 years ago. But Dory’s odyssey is never as involving (though certainly more repetitive) as Nemo’s, and while Dory, Nemo and especially Marlin are still fairly engaging protagonists, they’ve been surrounded by a supporting cast revealed to be one of the dullest yet conceived by the Pixar braintrust.

Aside from a trio of sea lions (the speaking ones voiced by Idris Elba and Dominic West) and a grouchy octopus (Ed O’Neill), there’s very little color to these creations, and it’s unlikely the studio will be mounting spinoffs centered on such stiffs as a near-sighted whale shark (Kaitlin Olson), a bellyaching beluga whale (Ty Burrell) or a boisterous eagle ray (Bob Peterson).

While select scenes dawdle, others provide a clever kick, such as Marlin’s encounters with a gooney bird. Of course, children will lap up the entire endeavor like so much ice cream, and while adults should also find enough of interest to make it worthwhile, I imagine many will still prefer the variation of this plot when it was R-rated and called Memento.