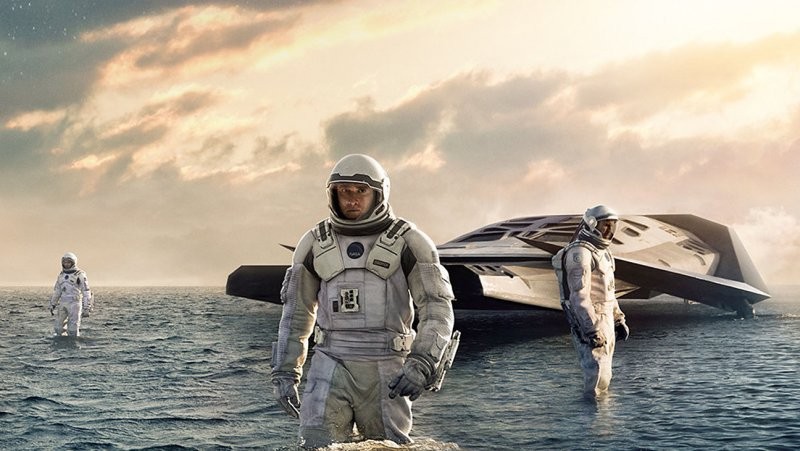 Let’s get the IMAX angle out of the way. Christopher Nolan’s Interstellar is the sort of big-budget, FX-heavy extravaganza that begs to be seen on the larger-than-life – and louder-then-life -- IMAX screen. Yet at my advance screening, the sound was often wretched beyond measure, with Hans Zimmer’s booming score drowning out the dialogue and an obnoxious droning sound functioning as so many nails across a chalkboard.

If Mission: Impossible – Ghost Protocol remains the best IMAX experience I’ve enjoyed to date, then this one immediately established itself as the worst.

And yet the mystery looms: Was the disastrous sound mix the fault of the theater – thus, an isolated incident – or the fault of Nolan, who reportedly oversaw the soundtrack to the last detail – therefore, a widespread debacle?

It’s impossible to say at this point – complaints about the sound have popped up across the country, though not this problem specifically – so my advice is to see this movie in a regular auditorium and avoid paying the costly IMAX fee for a potentially shoddy presentation.

But do see this movie. It’s deeply flawed but also wholly absorbing, and it marks Nolan as one of our most ambitious, go-for-broke directors, unafraid to attempt Sistine Chapel ceilings while his fellow filmmakers are working with Crayolas.

To be sure, Interstellar is no cosmic masterpiece like 2001: A Space Odyssey, but when a movie can for whatever reason be mentioned in the same breath as Kubrick’s landmark undertaking without inciting giggles, then clearly there’s something noteworthy afoot.

Set in a near future when a dusty, ravaged Earth seems unlikely to sustain another full generation of humans, Interstellar finds Matthew McConaughey playing a cross between Richard Dreyfuss’ Everyman from Steven Spielberg’s Close Encounters of the Third Kind and any of the brave astronauts seen in Philip Kaufman’s The Right Stuff (two more classics whose DNA can be detected in Nolan’s film).

His Cooper is a former NASA pilot and present-day farmer who loves his son Tom (Timothee Chalamet) but who clearly enjoys a special bond with his daughter Murphy (Mackenzie Foy, Renesmee to all you Twilight fans).

Therefore it’s Murphy who’s most shattered when Cooper is recruited by NASA’s Professor Brand (Michael Caine) for a potentially planet-saving mission that will keep them separated for years, maybe forever.

But since it might mean salvation for the planet’s inhabitants, Cooper can hardly refuse, thereby blasting off into space alongside Brand’s daughter Amelia (Anne Hathaway), fellow astronauts Doyle (Wes Bentley) and Romilly (David Gyasi) and a pair of unique, monolithic robots named TARS (voiced by Bill Irwin) and CASE (Josh Stewart). Their mission is to check on three distant planets tagged by previous explorers as suitable for human life and decide which holds the most promise for the survival of our species.

Despite a running time that ends just shy of three hours, Interstellar never drags – a testament to Nolan’s ability to keep us glued to his quietly unfolding tale. It turns out to be a strange, fitful trip, far flung in its scientific pursuits but down to earth with its potent father-daughter tale.

Jessica Chastain co-stars as the adult Murphy, and the adult status of this character allows the story to unfold in interesting ways. So, too, does the arrival of Matt Damon as a space pioneer; the sequences involving his remarkably complex character are among the film’s finest.

And if some of the science seems suspect (although noted physicist Kip Thorne was on hand to offer Nolan guidance – and earned an executive producer credit for his trouble), it easily falls into the realm of suspension of disbelief – certainly as much as 2001’s star child, or a man who dresses like a bat, for that matter.

Interstellar is not showing in any theaters in the area.