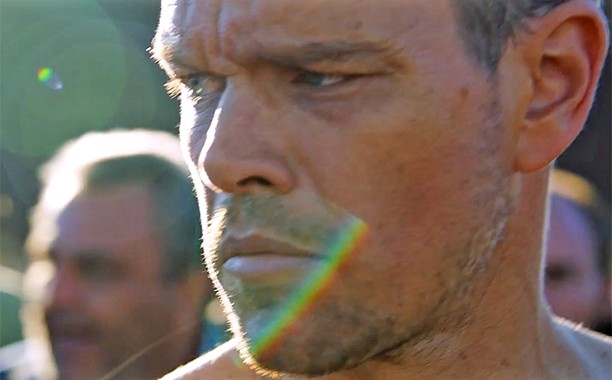 One of those unnecessary sequels requested by absolutely no one, Jason Bourne finds Matt Damon returning to the role of the former CIA assassin with the faulty memory and a very particular set of skills, skills that he acquired … well, Liam Neeson said it better. At any rate, as far as needless follow-ups go, this fourth entry in the series (fifth if one includes that offshoot starring Jeremy Renner) works for a surprisingly lengthy amount of time until it finally, perhaps irrevocably, runs out of steam.

In this one, it’s Nicky Parsons (returning Julia Stiles) who gets the ball rolling (again) for Bourne. A former CIA analyst now involved in anarchist activities, Nicky tracks down Jason to inform him about yet another mystery from his past.

Dewey clearly wants Bourne exterminated, even bringing in his favorite hired gun (Vincent Cassel) to pull the trigger, but Heather’s motives and allegiances are far murkier.

Paul Greengrass, who helmed the second and third films in the franchise, returns as director, and he still demonstrates an impressive command of staging cat-and-mouse dalliances on a global stage. His ability to effectively orchestrate mano-a-mano skirmishes, on the other mano — excuse me, hand — seem to have largely deserted him, as the up-close-and-personal fights are presented as whirlwind blurs of sound and fury.

This is especially true of the climactic punch-out, shot so incoherently that we’re left wishing the auditorium seats came equipped with remote controls offering slo-mo options. Then again, the entire final act of the picture, everything that transpires after a confrontation in a hotel room, is a waste of time, an unnecessary padding that dissipates much of the slow-burn suspense built up over the first stretch of the film.

Stiles delivers a fine performance, although it proves to be far too brief — those (like me) hoping that she would finally step out the shadows of support to become a fully fledged character in the Bourne universe will be left disappointed. The other supporting players do what’s expected of them — no more, no less.

As for Damon, he still brings a steely determination and haunted aura to the role of Jason Bourne, but he’s let down by co-scripters Greengrass and Christopher Rouse. This series (initially adapted from the novels by Robert Ludlum) has always been about a man discovering his own identity and rediscovering his own humanity.

But in this latest chapter, Jason Bourne is more indecipherable and unformed than ever, with Damon not given much more to do than shoot, brawl, bleed and run. The franchise may be Bourne again, but the character feels as if he’s trying to claw his way back into the womb.

Jason Bourne is not showing in any theaters in the area.