Review: Manchester By The Sea 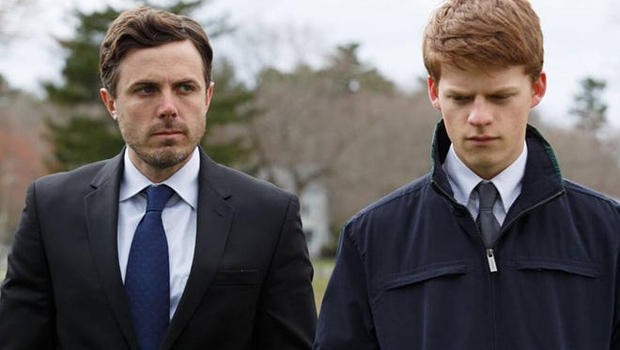 MANCHESTER BY THE SEA

The year-end awards season began in earnest a few days ago with the National Board of Review’s selection of Manchester by the Sea as Best Film of 2016. It’s a choice I can enthusiastically endorse.

While I’ve seen better movies this year (though not many), this one is the sort of understated, under-the-radar drama that can use all the help it can get to stand out in an increasingly overcrowded marketplace.

Casey Affleck, Ben’s often overshadowed lil brother, has been excellent before – in 2007 alone, he delivered a remarkable performance in his sibling’s powerful Gone Baby Gone and earned a Best Supporting Actor Oscar nomination for The Assassination of Jesse James by the Coward Robert Ford – but his work in this picture is revelatory.

He stars as Lee Chandler, a janitor/handyman who returns to his Massachusetts hometown following the death of his older brother Joe (Kyle Chandler). Soon after arriving, he learns that Joe has placed his 16-year-old son Patrick (Lucas Hedges) in his care – Lee balks at the news, since he wants to return to his lonely existence in Boston while Patrick wants to remain in Manchester-by-the-Sea.

As Lee tries to figure out the proper course of action, he’s forced to come into contact with both his ex-wife Randi (Michelle Williams), with whom he shares a devastating history, as well as Joe’s former wife Elise (Gretchen Mol), who wasn’t much of a parent to Patrick but wants to try again since she’s now a born-again Christian.

A grouchy uncle and his flippant teenage charge – it sounds like the perfect set-up for an inane sitcom starring Charlie Sheen and some precocious flavor-of-the-month brat. Instead, writer-director Kenneth Lonergan has fashioned a film that cuts close to the bone, with gentle humor only occasionally serving as a buffer against the harsh realities of these characters’ lives.

Lee Chandler isn’t some plastic movie saint – he’s shown to occasionally be quite the jerk even before the events that understandably and irrevocably alter the course of his existence – and Affleck and Williams are both sensational as they explore their characters’ shared pain.

Hedges is also exemplary, and the scenes in which Patrick tests the boundaries with his uncle (“Can my girlfriend spend the night? Dad always let her.”) feel particularly authentic. In fact, there’s not much that feels false in Manchester by the Sea, a beautiful bummer that nevertheless locates moments of hope and humility in a storm-tossed ocean of despair.

Manchester by the Sea is not showing in any theaters in the area.