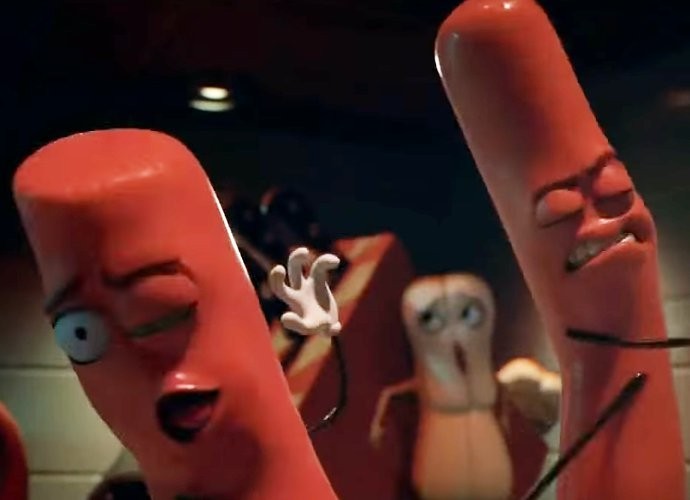 For those too young to remember the output of Ralph Bakshi, the definitive sequence involving animated intercourse would inarguably be the puppet-sex segment in 2004’s Team America: World Police.

An outrageous undertaking that’s only slightly more kid-friendly than Rob Zombie’s House of 1000 Corpses, this toon flick for grownups takes place at a supermarket wherein all the products believe that, once they’re purchased, a rapturous afterlife awaits them beyond those sliding doors.

But it’s only through the adventures of a hot dog named Frank and a bun named Brenda (Kristen Wiig) that the awful and inconvenient truth comes out.

The laughs tumble freely in Sausage Party, yet there are also a few stretches where the humor is not only repetitive but pound into the pavement. Yet what’s particularly noteworthy about the picture is not so much its crude comic content (some of it rather insipid) but the weightier thematic elements that envelop the storyline.

Sausage Party is about nothing less than existential angst, spiritual fulfillment, and the search for a higher power in a potentially Godless universe — given these topics, it’s no wonder that one of the characters (a bagel, no less) is made to act and sound like Woody Allen.

There’s also mention of the ceaseless Israeli-Palestinian conflict, a welcome pro-LGBT stance, and even a meta-moment examining the place of animated films in our entertainment cycle. That’s pretty heady material for a movie in which the primary villain is a douche — and, yes, I mean that literally.