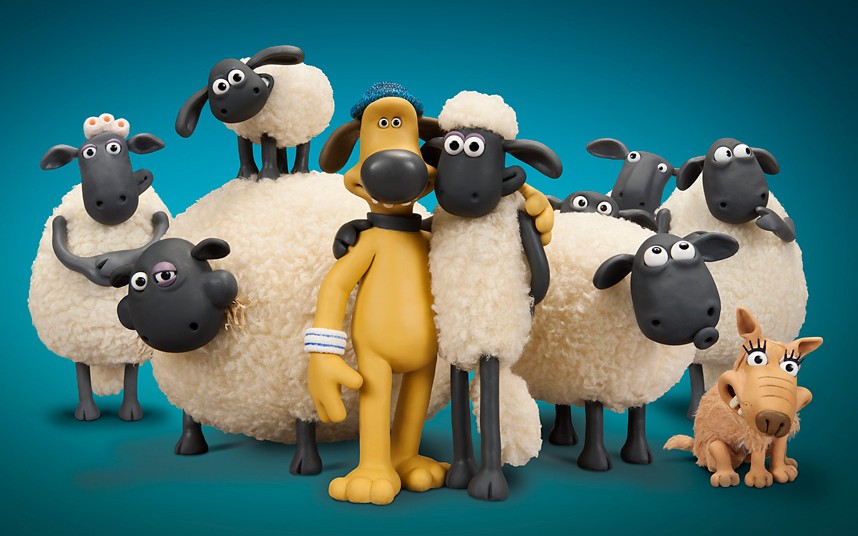 Since the major news emerging from last weekend’s box office race centered around the catastrophic take of Fantastic Four, many may have missed that there was another commercial flop debuting in theaters.

Shaun the Sheep Movie, from the studio behind the superb Wallace & Gromit films, earned a dismal $4 million and opened outside the Top 10, at #11 (even the reviled Pixels managed to gross more, and it was in its third week). But don’t cry for Aardman Animations: Like all of the company’s pictures, Shaun the Sheep Movie did far better overseas than it did stateside, where American viewers might have been confused by the absence of minions. In other words, Aardman has another hit on its clay-animated hands.

Shaun the Sheep Movie lacks the go-for-broke genius of the Wallace and Gromit works, but that’s not so say it isn’t consistently inventive and entertaining, centering on the misadventures that greet Shaun, his fellow sheep and Bitzer the dog as they head to The Big City (as all the signs call it) to locate the farmer who looks after them.

Said farmer, after all, has taken a blow to the noggin and now suffers from amnesia, so it’s up to the animals to locate him, jog his memory, and return him home. But that proves to be quite the challenge, more so since they’re being dogged by a particularly nasty animal-containment employee.

This toon tale takes its time getting started, but once the gang descends upon the city, matters become increasingly frenzied and funny, with a pair of standout set-pieces unfolding in a restaurant and inside a kennel.

Despite being a silent film in that no one speaks dialogue, its references span the decades, from the silent masterpiece Modern Times (when Shaun’s characters do speak, it’s in unintelligible gibberish clearly inspired by the Chaplin film) to The Silence of the Lambs (with a cat amusingly aping Hannibal Lecter pondering fava beans and a nice Chianti).

With Pixar’s marvelous Inside Out winding down in theaters, it’s still not too late for parents to save Shaun from getting clipped by loading the kids into the minivan and taking them this weekend.