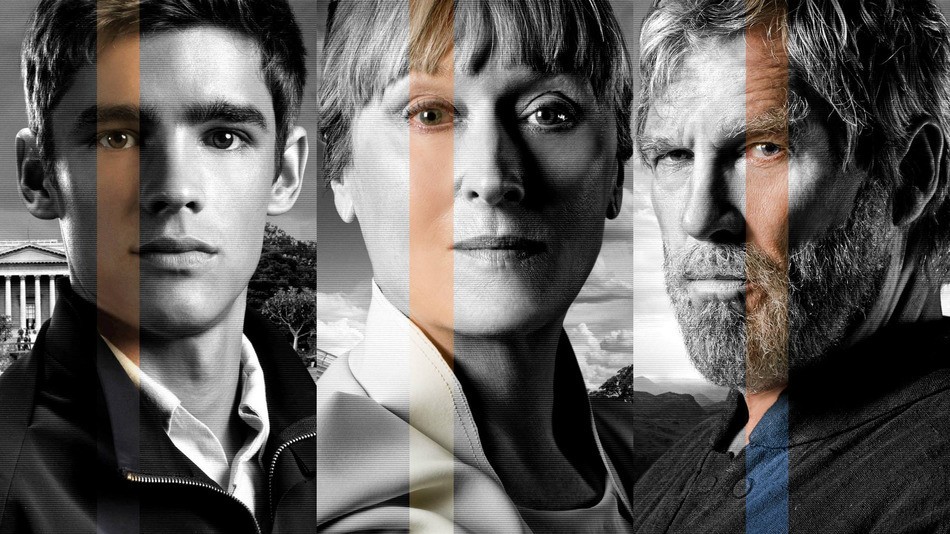 An adaptation of Lois Lowry's award-winning novel, The Giver might be one of the best films of the year ... were the year 1996. As it stands, it's merely the latest in the recent deluge of movies based on popular Young Adult titles, and it hardly stands at the head of the class.

The Giver takes place in a future world in which everyone is the same and there's no hunger or war but also no love or music or even color (the early portion of the film is in black and white). The Receiver of Memories (Jeff Bridges) is the only one who knows about the past, and he's instructed by the Chief Elder (Meryl Streep) to pass his memories on to a new Receiver, a teen named Jonas (Brenton Thwaites). Now referring to himself as The Giver, the old man hopes that his young charge will use the memories as a springboard to a conscious awakening and rediscover what it truly means to be human.

Lowry's 1993 book has long been heralded as an essential read for middle school kids, and for the past 18 years, Bridges had been interested in bringing it to the screen. It's a shame no one would finance the project back in the day, when it might have stood a better chance of distinguishing itself in a pre-Harry Potter/Hunger Games era. At this period in time, though, it feels like a knockoff of this past spring's Divergent, which, on the literary front, of course came long after Lowry's brainchild.

Yet even without measuring it against any YA cinematic competition, there's much that's lacking from this feature, particularly any sense of discovery or excitement. The performances are on the undercooked side, with even old pros Bridges and Streep unable to muster much enthusiasm. As a book, The Giver will doubtless continue to thrill school kids, but the film version won't be enjoying a comparable shelf life.

The Giver is not showing in any theaters in the area.

Black Swan, The Fighter, How Do You Know, TRON:Legacy, Dawn Treader