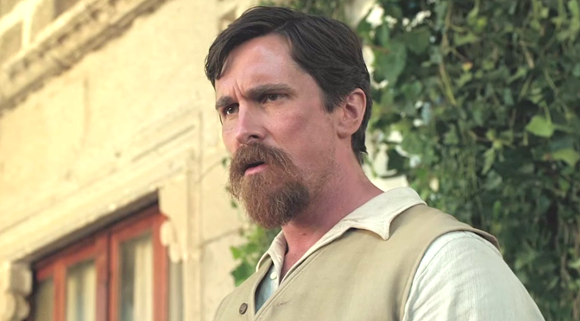 The historical epic was once a staple of cinema, and superb motion pictures like Lawrence of Arabia, Reds and The English Patient had the ability to effortlessly sweep viewers away with their passion and their grandeur.

The Promise attempts to emulate those ambitious endeavors, but the only sweeping to be found in this case will be by the theater employee tasked with removing spilled popcorn from the auditorium floor.

That’s a shame, because the topic at hand is worthy of cinematic awareness and enshrinement. Writer-director Terry George, previously responsible for 2004’s powerful Hotel Rwanda, here examines another shocking case of mass genocide: the systematic extermination of approximately one-and-half million Armenians during the waning years of the Ottoman Empire and in the midst of World War I.

George turns to historical record to fill in the background of his narrative, and he shows as much atrocity as a PG-13 will allow.

What sinks the picture, though, is the soggy romance that’s shoved into the spotlight. Creating fictional characters to place at the forefront of a historical tale is, of course, a tried and true tradition – and one that often works spectacularly.

But the trio dominating this picture is a lackluster one, with Oscar Isaac, Christian Bale and Charlotte Le Bon unable to bring much dimension to their threadbare characters of, respectively, an Armenian medical student, an American journalist, and the Paris-raised Armenian woman loved by both. Isaac fares best, largely because his character feels like an actual person rather than a stand-in for the story’s themes.

Poor Bale, on the other hand, has no chance with his ill-defined role. He’s meant to function as the outsider who’s going to let the rest of the world know what’s happening in this hot spot on the globe, but the part is maddeningly vague, and the fact that he’s directly (and knowingly) responsible for the death of at least one likable character basically reduces him to this saga’s version of the Ugly American.

The Promise is not showing in any theaters in the area.