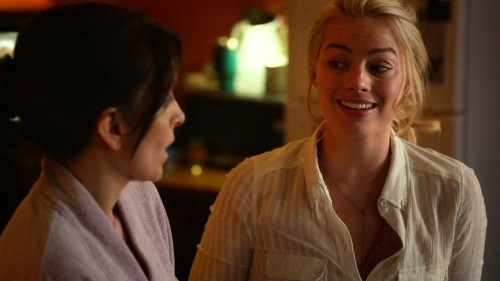 The occasional Steve Carell aside, comedians aren’t often given the opportunity to flex their dramatic muscles, so it’s nice to see the hilarious Tina Fey playing it straight in Whiskey Tango Foxtrot.

Based on Kim Barker’s memoir The Taliban Shuffle: Strange Days in Afghanistan and Pakistan, the film finds Fey cast as Baker (changed from Barker for some daft reason), a TV news journalist who leaves the comfort of her stateside desk and embarks on a new career path as a war correspondent covering Middle Eastern conflicts.

Fey is excellent as Baker, peppering her performance with humorous asides but otherwise playing up the character’s questionable adrenaline-junkie tendencies, and the impressive supporting cast includes Margot Robbie, a lovably roguish Martin Freeman, and Alfred Molina (at one point channeling Anthony Quinn in Zorba the Greek).

If the film never delves too deeply into the sociopolitical aspects of its setting (especially when compared to the great slate of comparable titles from the 1980s, like Under Fire and Salvador), it’s still gripping enough to make it a sound vehicle for Fey as she tackles the heavy lifting. So when does Amy Poehler get her shot?

Whiskey Tango Foxtrot is not showing in any theaters in the area.