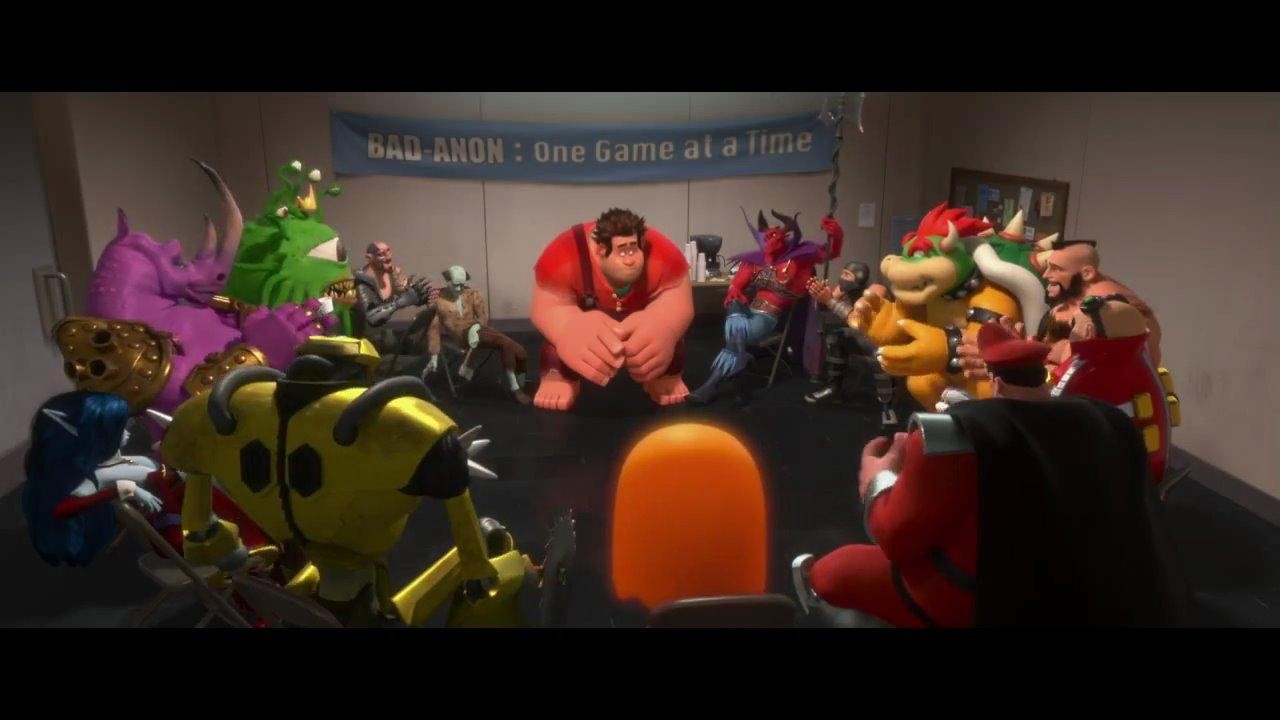 There's no better way to milk '80s nostalgia than to drag a long-forgotten performer from the era back in front of the movie camera for a cameo that will leave the Generation Xers cooing with delight. The box office smash Ted saw fit to call upon Flash Gordon star Sam Jones, the animated feature Cloudy with a Chance of Meatballs allowed Rocky III's Mr. T to lend his vocals to the cause, and The Outsiders' C. Thomas Howell was briefly rescued from the vacuum of straight-to-DVD features for a small role in this past summer's The Amazing Spider-Man.

Wreck-It Ralph, though, tops them all. Who in 2012 could possibly have expected to ever see Q*bert again?

Despite gaming-industry attempts to resuscitate the arcade game starring the long-snouted whatzit, Q*bert remains firmly entrenched in the mythos of the 1980s, which means it nicely fits into the retro world of Wreck-It Ralph. In this new animated film, Ralph himself defines the word "retro" as meaning "old but cool," a winning combo sure to make this Disney effort as much of a hit with adults as with kids.

The title character (voiced by John C. Reilly) has spent the past three decades as the bad guy in Fix-It Felix, Jr., a video game in which the hammer-fisted Ralph smashes an apartment building, only to watch as the perpetually chipper Felix (30 Rock's Jack McBrayer) repairs all the damage and curbs Ralph's destructive rage. An outcast among the other game characters, Ralph longs to be the good guy for once, but to do so, he must leave his game (through the electrical cord that connects with all the other games' cords via a surge protector) and prove his valor elsewhere.

He briefly ends up in Hero's Duty (which incorporates elements from Aliens and The Matrix trilogy), but most of his time is spent inside Sugar Rush, a racing game set in a garish candyland. There, he meets Vanellope von Schweetz (Sarah Silverman), a little girl whose status as a "glitch" makes her as much of an outsider as Ralph.

Directed by Rich Moore (a longtime contributor to Futurama and The Simpsons) from a script by Phil Johnston and Jennifer Lee, Wreck-It Ralph is consistently inventive, displaying a sturdy story structure that makes it more than just a simplistic romp for the Gen-X crowd. The rules of this gaming universe are clearly defined, and enough character exposition is provided to allow for some modest surprises toward the end.

As for the 3-D, it's tastefully employed, providing audiences more pop for the premium price but subtle enough so that folks who opt for the 2-D route won't feel cheated. Either way, come bearing a fistful of quarters.