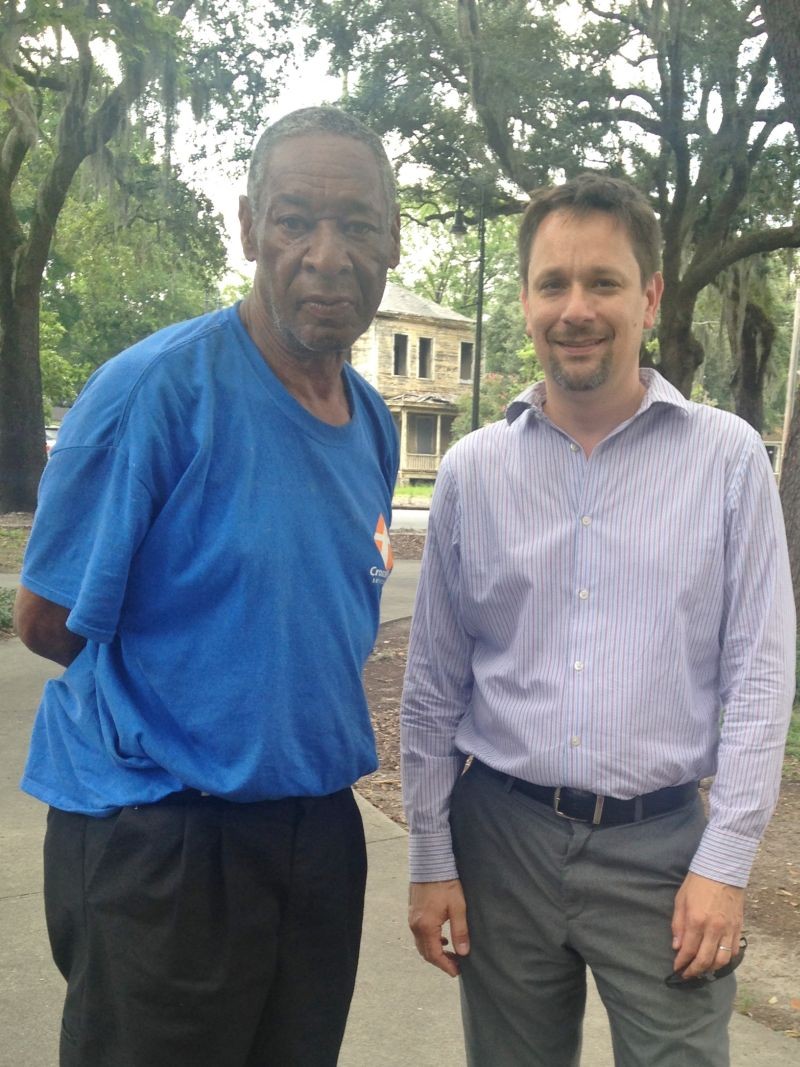 IF YOU want to know what Wells Park was like back in the day, just ask Howard Carlton. But don’t bother calling him "Sir."

“Everyone just calls me ‘Sidewalk,’” laughs the elderly gentleman, who has been living in the westside Metropolitan neighborhood since 1959.

Sidewalk spends “most days” on his favorite park bench and has seen a lot go down in this shaded respite that sits between 38th and 39th Streets along MLK Jr. Blvd.

“I remember when they poured that concrete,” he says, pointing towards a smooth slab underneath a large live oak on the corner.

“And that playground equipment is much better than what used to be there.”

But not all of the changes that Sidewalk has seen have been improvements.

Known to locals as “38th Street Park,” the public space has fallen into disrepair over the decades and become a bastion for violent crime and drug deals.

Many of the houses surrounding it are blighted, boarded up and burned out. Shady’s Convenience Store and a couple of auto repair garages are what remain of a once-thriving, black-owned business district.

Recently, however, Sidewalk and other longtime denizens of the neighborhood have watched the pendulum of change swing back for the better.

The revitalization of the MLK corridor is cited as a top priority of the city’s Savannah Development and Renewal Authority, particularly the historic Metropolitan and Cuyler-Brownsville neighborhoods.

SDRA Executive Director Kevin Klinkenberg is taking his cues from citizens themselves to help restore stability and prosperity to these blocks.

“We’ve talked with the people who live and work here to see what kinds of change they want to see,” says Klinkenberg.

And, as of last week, the chain link fence around its perimeter has been removed.

“As we saw with the transformation of Bryant Park in New York City, pedestrian traffic is really important to creating visibility and safety,” says Klinkenberg. ”

The fence has come down just in time for a free street fair planned for this weekend. Hosted by SDRA, “Cool Communities in Hot Savannah” brings together a diverse collection of entertainers, organizations and citizens on Saturday, Aug. 22.

The afternoon promises plenty of food and fun: Free hot dogs and burgers will be served by Whole Foods, and attendees have a chance to try out the pulled pork from Munchie’s BBQ, newly open on the corner of 38th and Montgomery.

Entertainment comes from local hip hop kings Dope Sandwich (see feature on page 16), and kids can make beautiful crafts with Loop It Up or hunt for treasure in the mossy old oaks with the Savannah Tree Foundation. Free health screenings will be provided by Mercer School of Medicine, and everyone gets a sneak peek at the Forsyth Farmers Market’s new Farm Truck 912.

Klinkenberg has brought on Well Fed Events to help stage the afternoon, citing the company’s success in putting on the annual Food Day and Earth Day festivals. Both of those events are continually lauded for their diverse attendance from all corners of Savannah, an important element of any enterprise that seeks to unify Savannah within cultural, racial and socioeconomic arenas.

“If you really want to help get rid of that dividing line, you have to go out and meet your neighbors,” says Well Fed’s Joanne Morton.

“This is an opportunity to get to know each other and see what everyone is all about.”

Morton says part of her goal for Cool Communities in Hot Savannah is to bring people to a side of Savannah they may not have visited before. She’s reached out to dozens of organizations that will fill Wells Park with booths and banners, including the ones mentioned above as well as Art Rise Savannah, Blessings in a Bookbag, Emergent Savannah, Geekend, the Savannah Bicycle Campaign, Healthy Savannah, Maven Makers, Savannah Urban Garden Alliance, Solidarity in Savannah and more.

“What all of these organizations have in common is that they’re interested in community engagement in a meaningful way,” says Morton.

She adds with a grin: “They also know how to have fun.”

Another fundamental aspect of the day is to help folks understand the historical significance of Savannah’s west side. Once known as Wells Square, the park was designated in the 1870s and was the site of one of first municipal playgrounds in the city as part of a development project spearheaded by Mayor Richard James Devant in 1913.

The nearby Cuyler-Brownsville neighborhood still houses descendants of some of Savannah’s most prominent African American families of the 20th century, a heritage once documented on 36th Street at the now-defunct Kiah House Museum.

The Kiah exhibits will be on display for Saturday’s event, and more can be learned during a trolley tour led by Historic Savannah Foundation executive director Daniel Carey.

“There are remarkable stories about these neighborhoods,” says Klinkenberg.

“It’s important that people know more about the city’s history than just the landmark district.”

Sidewalk remains skeptical that his stomping grounds could ever become as popular—or protected—as Savannah’s tonier neighborhoods, some just a block or two away.

A recent shooting shut down a six-block radius near the park for hours, and accusations of police-aided drug activity persist among Sidewalk and his friends.

“No one cares what happens around here,” he shrugs.

Yet the pendulum appears to keep moving towards the opposite: The new Munchie’s is already thriving, and the old parochial school across the street was purchased by SCAD, which means increased revenue and better vigilance in the area.

It could also lead to increased rents that could price Sidewalk out of his house.

But the danger of such gentrification is a long way off, and won’t happen at all if Klinkenberg and the SDRA keep residents’ input at the heart of the revitalization.

“We have a lot of things planned for these neighborhoods, but some of that will take years,” says Klinkenberg.

“In the meantime, we want to help change people’s perception of this area to something better.” 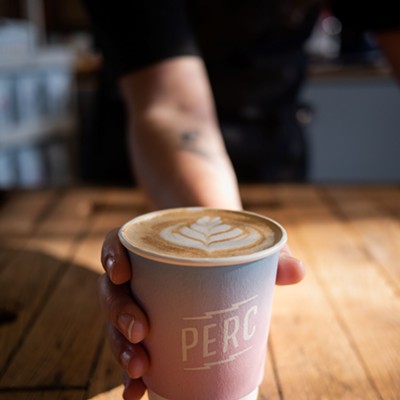