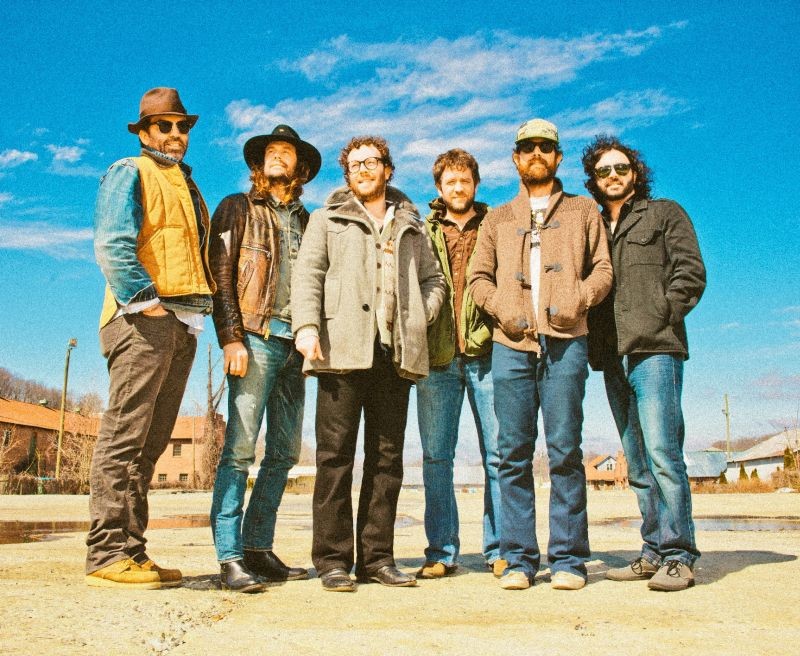 Tickets for the previously announced Pig and Oyster Roast are "no longer available," but there's still plenty of room for music fans at the inaugural Revival Fest, a tuneful celebration of indie Americana Saturday, Sept. 14 on the grounds of the Georgia State Railroad Museum.

The latest project from the forward-thinking crew over at Music File Productions and the Savannah Stopover, Revival Fest features two stages and 12 bands, and just two of the latter are from Savannah (granted, they're two of the best — the Accomplices and the Train Wrecks).

In last week's issue, we introduced you to Melissa "Luella" Mathes, the vocalist for Nashville's Luella and the Sun, a band that produces a combustible blend of gospel, southern grit-rock and gutbucket blues. This time, we're talking with organist Adam Grace from Truth & Salvage Co., a rootsy six-piece from Nashville, by way of a lengthy Los Angelino detour. (They actually kinda sorta started in the Carolinas, but it's a long story.)

There's something delightfully retro about these guys. The exquisite harmony singing is right out of the hippie/folkie movement of the early '70s, and lead vocals are distributed between four of the band members (including drummer Bill Smith), making every song a new experience.

Yet Truth & Salvage can also be incredibly soulful, and they can rock hard, and carry a sweet pop tune, and they're each and every one a stellar musician. In that regard, think of them as a contemporary version of The Band (that makes Adam Grace the Garth Hudson character, sans the Spanish moss beard).

Truth & Salvage's 2010 self-titled debut was produced by Black Crowes frontman Chris Robinson, a musician who knows a thing or two about eclecticism. It was Robinson, in fact, who suggested the group cover the classic Joe South tune "Games People Play" — they finally got around to it this year, and included it on their new set Pick Me Up (released at the end of July). The album was produced by Jon Ashley and mixed by Bill Reynolds.

Your music invokes the early '70s, Southern California — Poco, Crosby Stills et al. You're all young guys, and you're clearly not a nostalgia act. So why do you sound the way you do?

Adam Grace: For us, it doesn't seem like an act at all. It's what we grew up listening to, so therefore it's what we put out into the world. When we were in Los Angeles, writing these songs and putting this band together, we were surrounded by a lot of artists who were a lot like us, listening to the same kind of music. We came out of a plethora of those kind of people. So for us, it was just naturally embracing what was going on around us at the time.

I don't think we really give it any thought. It's just that's the kind of music we grew up listening to, and the kind of music that resonates with us. Whether or not it makes a comeback in the mainstream, I don't know if that'll ever happen.

The band relocated from L.A. to Nashville. Why?

Adam Grace: It was a business decision, really. We had conquered the west coast to a certain degree. We could travel up and down the west coast and play anywhere and draw a pretty big crowd. So it was just about going to Nashville to be able to be close to the rest of the world. There's such a gap between everywhere else and Los Angeles. I'm talking about getting in the van and driving to play a show! We had some choices as to what we should do, and we thought "Let's go try and build a crowd in the South, and on the east coast, like we've done out here in the West. And if we do that, we'll have the whole United States covered."

What did working with Chris Robinson do for you guys?

Adam Grace: He was involved all the way to the core. I'm sure a lot of producers are just names that get hooked up with bands so that they can try to sell records. But that's not the way it was with us. He discovered us, in a sense — he had been searching for an act to put out on his own label, his first band. It was just really serendipitous, because we came along at the right time, when he was looking for something like us.

He not only took us in and produced our record, he took us on the road for a year. Not only just taught us a lot about touring, and how to be great musicians, but he also taught us about integrity. He's got a lot of integrity to what he does, and the choices that he makes about the songs he chooses. We were with him for a year, and it almost felt like he was trying to pass the torch to an up-and-coming band, so he could keep the legacy of that kind of music alive. It shaped who we are as a band, and probably who we are as people, too.

You're an organ player, and Walker Young plays piano ....

Adam Grace: I started as a piano player, and I didn't actually start playing organ until I joined this band ...

Well, it's so much like Richard Manuel and Garth Hudson from The Band. What does having the two keyboards do for the texture of the sound?

Adam Grace: I think it works really well with what we do, because Walker's a really brilliant player, and we're very conscious of what each other is doing all the time. He has his strengths and I have my strengths, and it's almost like a psychic thing by now, where we know who can do what, and who's going to do what, where. We work really well together.

The main thing is to make sure it's never too much, you know? It needs to be just the right amount of both. But we like to have both in there.

Pick Me Up was recorded at Echo Mountain Studio in Asheville. I know others who've done work there, and they love the place. Does the vibe of the studio really have that much to do with how the record comes out?

Adam Grace: When you walk into a place and something just feels right — that's how it felt from the beginning. I don't know if it's because it was a church. I don't know if maybe people's souls were saved there, I don't know what that place has. But it does have something magic to it. I can't even explain how things were just beautiful from the first moment we stepped in the door until we left. Everything worked out perfect, the way it should, and even better.

A record is such a snapshot of time. You make a record, and it depends on how you feel that day. You're going to record it the way you want to play it that day, under those circumstances. And that's the way that record's gonna sound forever. And so it's not just the place, it's everything. Not only is it the studio, it's the people that are there, it's everything down to what you eat, I think. It's all-important and it's all-encompassing.

You cut three versions of this album before you got one you liked. Why?

Adam Grace: It wasn't just one thing; it was a lot of things. The first one wasn't right. We knew it. The second one, we thought we got closer. But for us, putting this sophomore album out was such an important step, so it had to be exactly right. It couldn't be almost there. It had to be the thing.

That's why I said that we knew it was right from the first moment we walked into Echo Mountain. That's how different the feeling was, making the album the third time. It hit us like a ton of bricks.