Ricardo Ochoa and his four-string legends

Ricardo Ochoa’s Tribute to the Legends of Jazz Violin

Benjamin M. Tucker Pavilion at the Club at the Westin Savannah Harbor

Ricardo Ochoa, Savannah’s own inventive violinist, has been known to surprise his audiences onstage. He’s just as surprising when he talks about his influences.

“I try not to listen to jazz violinists,” Ochoa says. “As a classical player, I listen to a lot of violinists—you learn a lot from playing what they do. But I always found any jazz, you are always better off listening to somebody else instead of getting the language affiliated.” 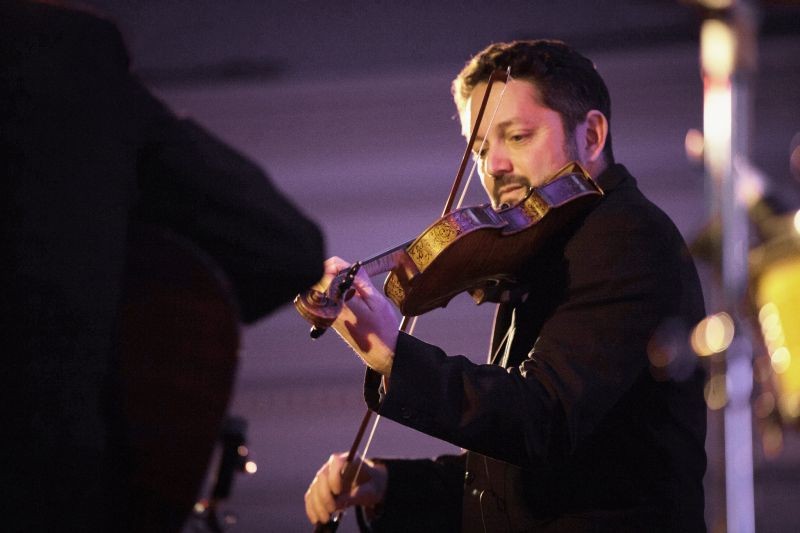 The Connect Savannah reader-voted “Best All-Around Musician” tfor two years running is ready to surprise himself by offering a musical tour of jazz violin history: A Tribute to the Legends of Jazz Violin.

The program is a welcome challenge for the performer. Savannahians are used to seeing Ochoa with his gypsy jazz troupe Velvet Caravan and as Principal Second Violin in the Savannah Philharmonic Orchestra. For this special show, presented by the Coastal Jazz Association, Ochoa will perform the works of four influential players: “Father of Jazz Violin” Joe Venuti, classical-violin-prodigy-turned-jazz-visionary Eddie South, French jazz violinist Stéphane Grappelli, and American violinist Stuff Smith.

With four completely different styles, Ochoa hopes to share the diverse articulation of his instrument.

“There are different backgrounds and different perspectives,” he says. “It’s a history of jazz violin—the ups and downs of the instrument itself and how it was viewed in the beginning and how they approached the music and the instrument. I think from the audience’s point of view, it’s more fun to have the comparison and variety.”

His selections will highlight the pioneers of the swing era and whisk the audience back to the very early days of jazz music.

Venuti is really the very first one that was really accomplished,” Ochoa explains. “He was born at the turn of century, so he was right there in the 1920s, when jazz was really born. He dedicated himself to playing jazz. He plays very fast but he swings really hard at the same time; he’s very creative with his arrangements.”

South was born around the same time as Venuti and was a prominent player in Chicago.

“He was classically trained with abilities to play,” Ochoa says. “But he couldn’t get a job in an orchestra because he was black. He decided to play jazz, then went to France and continued his studies. Then he went to Budapest and studied with classical and gypsy violinists so he developed gypsy into his repertoire and turned those classical tunes into jazz tunes.”

Also a singer, South was a highly entertaining player, engaging his audience while showing off his chops.

Ochoa calls Grappelli the “obvious choice” for a showcase of prominent jazz violinists.

“He’s a French guy, and his style of playing is very sophisticated, very French,” he says. “He plays with tempos, back and forth, stretches the lines, compresses the lines. So when he plays a melody, he doesn’t play it straight—he does this fooling around the melody. It’s like speaking French!”

Smith, meanwhile, was inspired by the sound of the trumpet and players like Louis Armstrong.

“His sound is more rough, you know?” Ochoa says. “Not as delicate and beautiful as the other guys, but emotionally and rhythmically, it was amazing. He was also an entertainer, and liked to play a lot of blues.”

To prepare for the show, Ochoa’s been practicing four to six hours a day for the past four to five weeks.

“It’s definitely a challenge, but I also think I’m going to come out a better musician after that,” he says. “I’m always trying to find ways to improve; I think this is going to help.”

“Those guys, it’s like driving a Ferrari,” Ochoa says. “I’m sitting back, and these guys, they’re machines. It’s amazing to think what you can do when you have people accompanying you at that level.”

Bells and Ochoa first teamed up while teaching at Jazz Camp in Hilton Head. At the teachers’ concert, Ochoa was impressed with Bells’ ability to carry out ideas and work with his fellow musicians.

“He has a magic power,” Ochoa attests. “It’s a very rare experience, and I’m looking forward to working with him and being challenged.”

Audiences are sure to gain new insight into the world of jazz violin through Ochoa’s musical exploration. 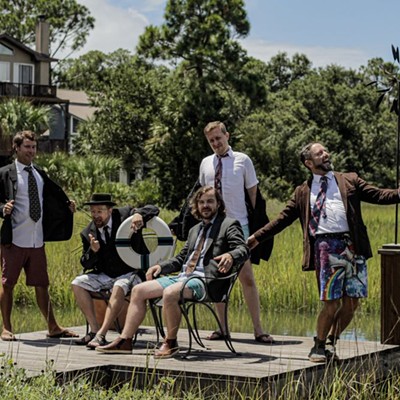 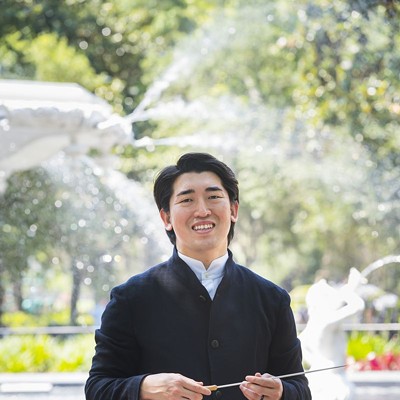