Robbie Fulks is still going strong. Decades after starting out in Chicago and eventually moving to Nashville to work as a songwriter—where his solo career began—Fulks continues to make records and tour. His most recent output even found him reuniting with the same team that he worked with in the earlier years of his solo endeavors.

Ahead of his upcoming appearance at Savannah Music Festival on April 12 alongside Robbie Gjersoe, we spoke to Fulks about his lengthy and incredible career. 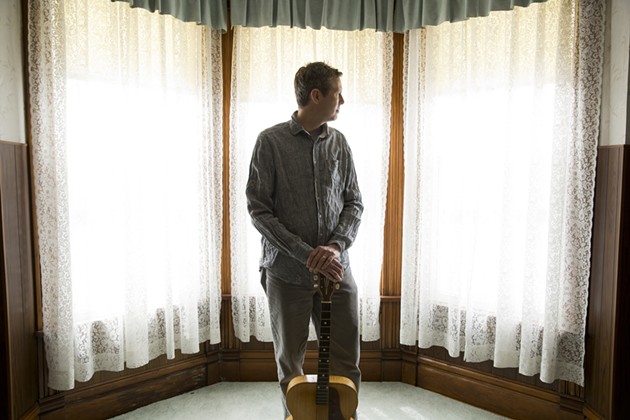 When you first started making solo music, you worked with Steve Albini and released albums on Bloodshot Records. Now, you’re back with Bloodshot and recording with Albini again. What made you kind of go full circle in that way?

Fulks: Before that first record came out on Bloodshot, I was playing around Chicago for a while and playing in a bluegrass band. And before that I was doing other things in New York and North Carolina for a bit. But yeah, the first album under my own name was through Bloodshot. What brought me back around to that about six years ago was that I had done a record and shopped it around, and I don’t remember getting a ton of interest from other places.

It also seemed like given the acoustic sound of the record, which wasn’t right in line with Bloodshot, the rawness of it and invarnishness of the musical presentation put it in their wheelhouse.

I’m a bit of an Albini geek, and he’s someone who’s known for a specific sound. What do you think he brings to the table to your records that makes you want to keep working with him?

Fulks: He's not shy about using any kind of a strange setup, which for me means playing in a room in a small circle a lot of the time. Little separation and a lot of bleed - some engineers aren't comfortable with that. And then I've done odder stuff with him, which involved throwing dishes across the room and more unusual, experimental things. He's not shy about that either.

He also brings a deep knowledge of electronics and recording setups and scenarios, so that he’s not easily thrown by anything. And beyond that, he’s a good friend of many years. So when I’m paying him, it’s a good chance to be around him for a couple days and chit chat.

Let’s bring it back a little bit. Who were some of the people that made you want to play music, and what were your influences when you were coming up?

Fulks: My dad and mom, because my family made music together. One of the first concerts I saw that knocked me out was in 1973 in Richmond. It was Earl Scruggs and his boys, and Doc Watson and his son, Merle. That concert really set a big piece of my musical life in motion. Other than that, probably nothing really surprising like The Beatles and Bob Dylan. But also a ton of under the radar R&B, 50s jazz, gospel, and old, weird folk music.

I’m curious about your writing process, having done this for so long. Is it something that has evolved over the years? Your songs are often humorous as well - where did that come from?

Fulks: The humor has been, in some ways, a sore point. It’s hard for people to kind of get past that there are two light hearted songs on a record. The other 10 are somehow tainted by two that have jokes and are whimsical [laughs]. I just don’t agree with that at all. The alleged funnys songs are just part of who I am because I like to be funny. I was raised on Mad Magazine and National Lampoon and SNL.

As far as my process and how it’s changed - As little as 15 years ago, I was more inclined to think that a song was good if it had a sort of real world reference in mind. Now I almost kind of consciously try to sidestep that and sound more like myself. I think that’s more of a self-confidence problem than anything. For some reason, it’s just very difficult when you’re creating something to think that it’s as worthy as something that’s like Citizen Kane or something, if you set that kind of a high standard for yourself.

Looking back, I regret not having stepped away from that sooner. But my apprenticeship years were sort of extended, and I think it’s probably in the last 10 or 12 years that I’ve really started sounding like nothing else.

Do you find that you’ve gravitated towards certain lyrical themes or similar subject matters in your songs over the years?

Fulks: I've noticed themes cropping up repeatedly. A lot of my songs are set in a very specific geographical place in the continental United States, and it's often where I've lived on the east coast and Chicago. And if not that, it's in places where I've worked and have a decent familiarity with. So I see a lot of the same geography come up.

I’ve seen a lot of boyhood reflections come up in the last five or six years, which I think that I may have to deliberately move away from at some point before I bang that gong a little too insistently. But you know, that’s an old guy kind of thing I guess [laughs].