After losing her son to addiction, Lesli Messinger vows to keep up the struggle

WHEN Lesli Messinger first held her baby boy on February 26, 1981, she remembers thinking he had large hands. And Austin Nicholas grew into those hands, to be a fine man, standing 6 feet, 3 inches tall.

Austin was a “gentle giant,” according to his mom. He enjoyed skateboarding, fishing, and animals. Once he rescued a baby squirrel and kept it in his bathtub until it was strong enough to be released.

When he was 13 years old, Austin broke his arm in a skateboarding accident. Messinger remembers the doctors giving him morphine in the hospital.

Lesli Messinger with a photo of her late son Austin

After he graduated from high school, Austin had a good job as a trucking dispatcher and an apartment overlooking the Hudson River with a view of Manhattan.

Austin met a girl, quickly fell in love, and they dated for a couple of years.

“Austin said that he was going to help her and get her off of the pills,” says Messinger.

When his girlfriend discovered herself in trouble in an unsavory part of town looking for pills, Austin located her and found himself face-to-face with a man holding a sawed off shotgun. A fight ensued.

Unfortunately Austin’s company did not offer medical insurance, and to numb the pain from the fight, he took some of his girlfriend’s oxycontin—and a downward spiral followed.

When on a short trip with her husband, Lesli hadn’t heard from Austin in a few days, so when she couldn’t get him on his phone, she called the girlfriend’s phone and was told that Austin had been found dead in his apartment the night before from an overdose of oxycontin.

“I screamed an animal scream and I just fell, Nathan helped me to crawl back into the room, and everything else is just a blur. I had to ID the body—that is something that no mother should have to do,” she recalls.

“Parents were told, ‘Let them hit rock bottom, when they see what bottom is, they will be back’, but that doesn’t work with these pills because bottom is death,” Messinger says.

“I kept waiting for him to call me and say, ‘Hey mom, will you bring me lunch?’” Messinger remembers.  “I blame Perdue [Pharma]; they are obviously at fault for putting these pills out there.”

After years of walking on the beach and picking up shells while crying, Messinger decided to do something to help other mothers. She ran for Congress, worked to change the law, and started a non-profit organization.

In 2012, Lesli Messinger ran against incumbent Congressman Jack Kingston. While she didn’t win the election, she earned considerably more votes than any of his previous opponents.

She also made a lot of contacts, which she relied on for her next endeavor: To change the law in Georgia.

When Messinger was prohibited by Georgia law to pass out naloxone, she worked to change that law and lobbied to pass the 9-1-1 Good Samaritan Law Naloxone Access (HB 965).  Messinger stood next to then-Governor Nathan Deal when he signed the bill into law on April 24, 2014.

“Once that was passed, I could do what what I wanted to do with naloxone,” says Messinger.  So she started a non-profit organization called No More ODs and has passed out thousands of doses of naloxone.

She knows of hundreds of people who have been saved by her work, which is largely funded out of her own pocket.

“I didn’t know you could die from [pills] before Austin died.  If I had known what I know now. That’s why I am trying to save other moms.” 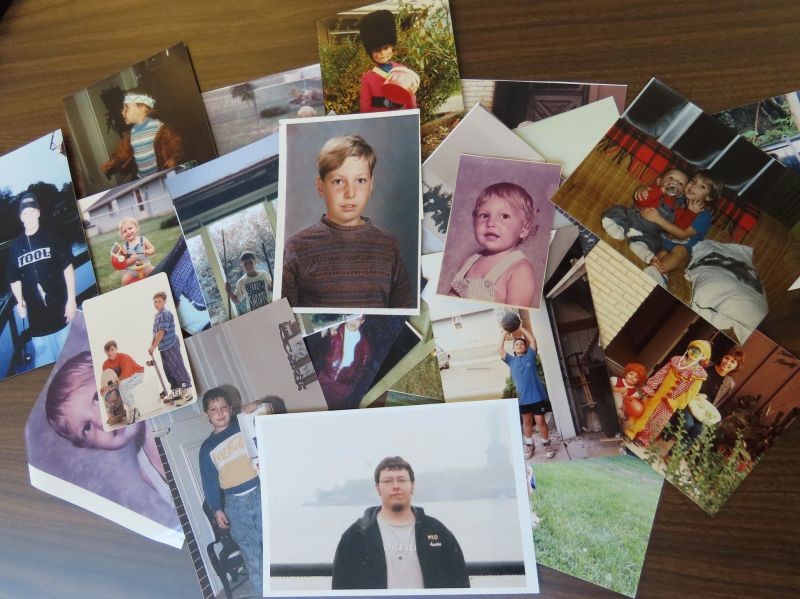 EVERY ELEVEN minutes someone in America dies from opioid overdose. Chatham County is in the top five, out of 159 counties, for opioid deaths in Georgia.

Over 1,000 people from Chatham County die each year from opioid deaths, the majority of them from prescription drugs, as opposed to synthetic opioids or the more notorious heroin.

According to a recent study done by the Washington Post, Big Pharma sold 55.5 million opioids in Chatham County between the years of 2006-2012; that is nearly 200 opioid pills per every man, woman, and child in Chatham County.

So how did we get here?

Usually with an epidemic, doctors and scientists try to pinpoint when and where it started, but with the opioid epidemic, it was more of a perfect storm.

In the early 1980s, attitudes started to change about pain management, especially in hospice and palliative care. The doctors who were on the forefront of the managed pain theory published a paper for an academic journal, but the research was confined to only cancer patients. They said that addiction depended on the background of the patients taking them (i.e. former addictions, addictive personalities, family history of addiction).

In the late 1990s, pain started to be considered the “fifth vital sign” along with pulse, blood pressure, body temperature, and respiration. The problem was that there was no way to quantify pain—so the 1 -10 measurement for adults was developed, and the smile face scale for children.

But even with those scales, it was a very subjective measurement versus something that is a precise number, like a person’s temperature.

This was the same decade that insurance companies started cutting reimbursements to doctors. Thus in order for doctors to stay in business, they had to see more patients per day.

Some doctors had as many as 3,000 patients on their rosters. With doctors being required to keep their per patient visits to under 15 minutes, they did not have time to ask the essential open ended questions necessary to determine if a patient could become addicted to narcotic pain medication; nor did the primary physicians have proper training on addictive pain management drugs.

Additionally, hospitals and doctors offices were pushing patient satisfaction surveys.  Ratings, raises, and job security were all based on patient scores.

A patient in pain will forgive a lack of one-on-one time with the doctor if a prescription is written, because people often equate good healthcare with unnecessary prescriptions.

A patient leaving the hospital or doctor’s office needing help with pain after a minor procedure might only need a day or two of pain medication, but scripts were being written for 30 days worth of pills; a 30 day supply of pain medication at one pill per every 6 hours equals 120 narcotic pain pills.

Some patients would take the entire bottle because that is what they thought that they were supposed to do, like an antibiotic.  Others would put the extra pills in their medicine cabinets. Either scenario was not good and both could lead to addiction.

According to Savannah addiction specialist Dr. David Gaskin, “Sometimes it can only take a few doses to become addicted.”

Messinger explains that in most cases, “The first unprescribed drug that kids take is from their home medicine cabinet.”

Pain centers (a.k.a. “pain mills”) started popping up around the United States with the sole purpose of writing out prescriptions for oxycontin.

So it became a vicious circle: Big Pharma aggressively advertising to primary care doctors who had limited time to spend with patients and little experience with pain management medication.... pain being a vital sign and patients expecting a prescription so they would not feel any pain.... patient surveys being critical for job security.... and as a result, pain narcotics flowing like candy across the United States, and pharmaceutical manufacturing companies taking it to the bank.

Pharmacists were some of the first professionals to start ringing the bell on this issue as they were seeing the number of opioid pills going out their doors, and people breaking into their shops to get oxycontin pills.

But no one would listen to this group of pharmacists as Big Pharma continued to reassure the doctors writing the scripts that the medication was not addictive.

“LESLI is a tour de force,” says Dr. David Gaskin, who volunteers with No More ODs to train people how to use narcan and naloxone.

Between Dr. Gaskin, his brother Dr. Ray Gaskin, and Lesli, they’ve trained police officers, firefighters, and first responders all over Chatham County and beyond.  The organization has also donated naloxone to all those who have been trained.

Messinger works out of her car and says, “Once you lose a child, it is the worst thing that can happen to you; I have no fear anymore,” as she explains how she goes under the bridges and to bad neighborhoods in Savannah to pass out naloxone.

Messinger gives out these life saving medications, free of charge, to anyone who needs it—no questions asked.

The naloxone injections sold under the name Evzio is the more expensive $4,000 option, but they are good to pass out to moms because, “If your child is on the floor, [Evzio] walks you through the steps,” advises Messinger.

“I don’t want people to do drugs, but if they do, I would rather them be clean, safe, healthy and alive.”

No More ODs and Messinger have even started to distribute the narcan spray and naloxone injections to restaurants and bars who have requested them because there have been overdoses that happen in public places. “When they get the drugs, they want to use them right away,” explains Messinger.

“We have seen a large number of people who have overdosed in our community and people have lost family members,” says Gaskin.  “It is very poignant when you hear the stories of moms who have lost their children to it. That is what we have seen around Savannah, and that is why we are trying to get these doses of narcan out to people who need them.  Addiction is a brain disorder, but it still carries a social stigma.”

“Almost anyone who has ever had an addiction to heroin has started with oxycontin,” says Messinger.

Other than a $3,000 donation from Women Who Care, Messinger has funded No More ODs out of her own resources—it is her passion project.  She also collaborates with other community organizations and partnerships working with the addiction issue. If you would like to contribute, you can contact Lesli Messinger via the Facebook page “No More ODs, Inc. a Savannah Harm Reduction Coalition”.