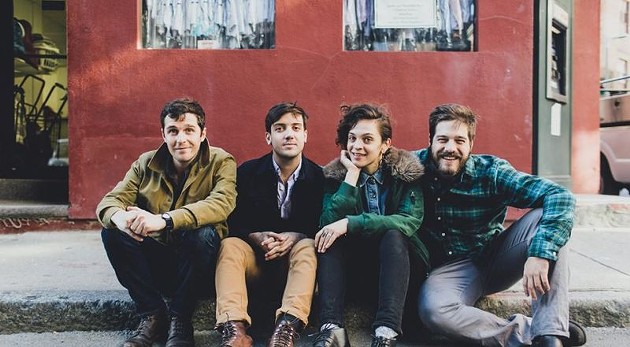 Mipso gets the party Rollin' and Tumblin' at Southbound.

It’s that time again! Raymond’s dishing out the details on the Southbound’s hoppy new contribution to its taps in collaboration with Savannah Music Festival over on page 35. Get a glass of the springtime IPA for yourself and enjoy some live music down at the local brewery.

With four-part harmonies, acoustic guitars, and electric instruments and drums, it’s a well-rounded sound that roots music aficionados of all stripes can appreciate. The band will also perform at Savannah Music Festival Finale at Trustees’ Garden April 14.

Named one of Rolling Stone’s favorite 2016 festival performances, it’s sure to be a good time, so get a rideshare and enjoy a couple glasses of Rollin’ and Tumblin’ and dance the night away. The first 50 attendees will receive a 22 oz. bottle of the limited release IPA. Door prizes, including Savannah Music Festival tickets and various merchandise, will be available. Food is just a stone’s throw away, as Chazito’s Latin Cuisine food truck will be parked in the lot.