SHE FLED in the night, intent on getting as far away as possible.

Just 14, “Haley” was angry — with her family, her teachers, her life. Leaving her home in California, she traveled thousands of miles, eventually ending up in Savannah.

“I would have died the first night out on my own, but this young lady traversed the country twice,” she says.

It’s a parent’s worst nightmare, but Haley is just one of many such children. According to Sgt. Robert Gavin, supervisor of the Savannah-Chatham Metropolitan Police Department’s Special Victims Unit, the number of runaways reported in Savannah in 2008 is closing in on 750. “Runaways have gone up the last three years,” he says.

Gavin estimates that 95 percent of all runaways have family issues. “The other five percent are being physically, mentally or sexually abused,” he says.

The number includes missing children as well as runaways, many of whom return within 24 hours.

The SCMPD has detectives who monitor the National Center for Missing and Exploited Children website. “We deal with children from surrounding states — South Carolina, Florida — and we’ve gotten calls from New York, New Jersey, Pennsylvania, in reference to children that might be on their way here,” Gavin says.

When abuse is involved, the Department of Family and Children’s Services is called and some runaways are taken into state custody. “There’s times when the police department is needed to remove children from a home,” Gavin says. “We work with DFAC and when placement becomes a problem, Park Place is an option for us.”

Park Place Outreach was founded in 1984 as the Savannah Runaway Home, sheltering youths-at-risk ages 11 to 17. The first shelter was on East Park Avenue, but recently relocated to 514 E. Henry Street.

The term “runaway” is outdated, Lamas says. “Today, they’re known as ‘throwaways’ or kids-at-risk,” she says. “They come from all walks of life, all neighborhoods. Some need to flee their homes because they’re fleeing abuse. Others are going through the usual teenage rebellion.”

In the 1970s, so many children ran away from home, Congress passed the Runaway and Homeless Youth Act. The act paved the way for the creation of agencies like Park Place so runaways wouldn’t be taken to jail as criminals.

Park Place offers free services, and a runaway can simply show up to receive them. Entire families go for counseling.

“The child doesn’t even have to be a resident,” Lamas says. “If we can help them continue to be together, we feel that’s a huge success.”

The shelter has 12 beds — six for boys, six for girls. The average stay is 15 days. Park Place also takes to the streets in a big, blue van.

“I go out into the community with teen peer mentors,” says Tanyour Bolden, street outreach coordinator. “If we find someone, we encourage them to go to Park Place. Sometimes, they’re reluctant because they think we’re police. We try to stress that anything can happen to them on the streets — drugs, sex, violence.”

Runaways aren’t usually involved in major crimes, but may shoplift or trespass in their search for food and a place to sleep. “They’re going places they’re not supposed to be,” Gavin says.

How do runaways survive? “A lot of them go to a friend’s house, lie to the friend’s parents and say they’re allowed to be there,” Gavin says. “Most have someone or something they’re going to.”

Counselors at Park Place say they’re careful not to blame runaways. “Economic times are hard,” Lamas says. “School is hard. Peer pressure is hard. These are not bad kids — they come from bad situations.”

“That’s why they get in gangs,” Lamas adds. “We have a large population out there committing crimes because no one has made a difference in their lives.”

At the shelter, life goes on as normally as possible. “We keep them in their home schools so they don’t get behind,” Lamas says. “We have an afternoon tutorial.”

Some youths are taken in for a break from their families until problems can be sorted out. “We have just as many parents as kids who step up and say, ‘I’m at my wits’ end,’” Lamas says.

Saddest are the runaways who don’t want to leave Park Place. “They’ve had people letting them down their entire lives,” Lamas says. “That’s one of the barriers we face in being able to reach out and assist them.”

Young people often respond better to other young people. Park Place is always looking for teen peer mentors, a paid position. The peer mentors ride with Bolden to look for runaways. Sometimes runaways recognize the van and approach to ask for help.

Bolden also passes out business cards. She’s learned that flyers tend to get lost along the way, but a card placed in a hand is much easier to hold on to.

“Some kids arrive at the front door with just the clothes they’re wearing,” says Senior Case Manager Roberta Pringle. “Some have young parents who haven’t had enough experience to know how to raise a child.”

Many are reluctant to talk. “They don’t want to get involved with the system,” Pringle says. “But after a while, they just want someone to listen to them.”

The children give as much as they get, Pringle says. “I learn from them,” she says. “They teach me how to be calm. When they get upset, someone has got to be calm.”

Despite the struggles, staffers love the challenges. “Just to see one kid out of 100 turn around is an accomplishment,” Pringle says. “It makes the staff as a whole feel good.”

As Park Place settles into its new home, the accolades are piling up. Lamas was chosen one of Savannah’s Top Ten Working Women of 2008, and Park Place itself received a Historic Savannah Foundation Preservation Award. The current building was a ruin when work started, but was transformed into a fully functional LEED-certified building.

“Do the hours ever stop? No,” Lamas says with a laugh. “Some days I’m ready to hand over the keys and walk away. Then a former client will come and say, ‘Thank you’ and it keeps me going a little longer.”

And Haley, the runaway from California? “She called and said, ‘It’s time for me to find something safe,’” Lamas says. “She was ready to go home.” (Park Place works with the National Runaway Switchboard to help children from other areas get home.)

“I asked her what the difference was, and she said, ‘I’ve gained a new sense of responsibility,’” Lamas says. “It’s amazing how resilient these young people can be.” cs 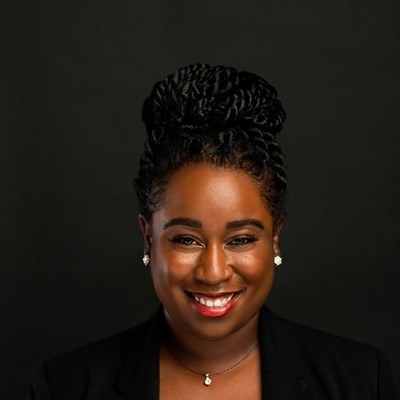