Nashville songwriter chats ahead of Savannah show with The Brothers Osborne

When you listen to Dying Star, the debut album from songwriter Ruston Kelly, it makes the road he took to get to that result even more difficult to comprehend.

Kelly has had a whirlwind few years, writing songs not only for his own project but also for a variety of other artists like Tim McGraw. Dying Star boasts great songs as well as an impressive guest list that includes Joy Williams as well as Kelly’s wife, Kacey Musgraves.

The good fortune he’s experiencing in his life currently came following many years of struggle, which for all intents and purposes culminated to a drug overdose that found him seriously reevaluating the path he was on. Those dark times are on display in the most poetic ways with Dying Star, and he’s currently taking the album on the road supporting The Brothers Osborne. 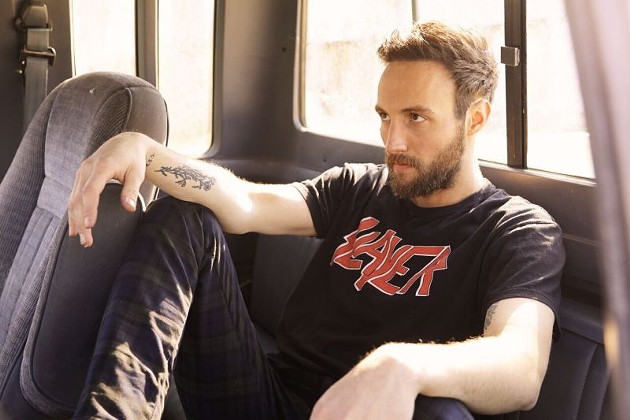 That tour lands in Savannah on March 15 at the Johnny Mercer Theater, and we spoke to Kelly ahead of his show in town.

I’ve come across you describing yourself as a disciple of Townes Van Zandt and Kurt Cobain. Would you say that Townes and Nirvana were your foundation in terms of influence?

Kelly: Yeah, I loved Nirvana - specifically Kurt’s songwriting. But I loved how there was an authenticity in his toughness. I really connected with that sensibility. When Nirvana did MTV Unplugged, that was a big moment for me. Acoustic music that still had this, like, punk and anti-social, sensitive, inward looking heart about it. It just kind of filled my atmosphere. He was able to growl over an acoustic guitar but it still held up from a songwriting perspective.

My parents always had country music playing, so anything kind of folk-related seemed to be my bread and butter. Townes Van Zandt seemed to kind of embody what I saw in Kurt Cobain - this anarchist mentality about music, but also having respect for the beauty of art.

There does seem to be some level of connectivity there - Townes and Kurt both had a melancholic approach to songwriting. It’s cool that you sort of latched on to both of them, because they’re really unique songwriters.

Yeah, totally. I mean, I’ve always been attracted to the melancholic side of art. If you look at Van Gogh or listen to Beethoven, there’s something sad about it but there’s a joy that arises out of that melancholic feeling. I don’t know if it’s maybe a relief that you get from that kind of artistic expression, but that juxtaposition in art has always moved me the most.

It seems like this record took a long time to come to fruition, in terms of writing, and you had to overcome a lot along the way. Tell me how you got here and the journey that led to the record.

I would say that the past eight years of my life really led up to being able to make a record that encapsulated it all. I think that everyone goes through hurdles in their life, and some are taller than others. Some art mountains compared to stepping stones, and substance abuse just seemed like a mountain that I was always climbing. What’s ironic is that I was writing about all of these situations that I’d find myself in because of substance abuse.

I was in my early 20s, and whether it was a displacement or a fear of loss or, like, from all the moving I did - who the fuck knows the psychological reasons why someone abuses themselves in that way? I’d embarked on this path of self destruction and recovery, and then back to self destruction. It was just getting so tiresome, and culminated to an overdose. At this point, I had just been writing nonstop - it was like my way of understanding myself through all of that muck. It had gotten to the point where I was just writing about writing, about trying to understand myself. You start cyclically repeating yourself and not having anything new. You slowly start feeling like not only is your physical health dilapidating, but the one thing that you were holding onto and valuing is also dilapidating and becoming a caricature of itself.

I realized that the only way out of this circus of a mindset was to get clean and stay that way. I didn’t know what that was going to look like, I didn’t know if I was going to go work at a fucking used car dealership after that, but I knew that artistic creation was always going to get me through to the other side. Once I got my head straight, I decided that the best way to finish this chapter in my life was to make a record about it.

Is there one song that you feel like best encapsulates this record, or maybe that you’re particularly proud of?

I would have to say “Mercury.” If I could toot my own horn [laughs], I think it’s my favorite one for a variety of reasons. It sums up my emotional situation at the time, and it created an emotional atmosphere for the record. It also has the most odd song structure on the record - there’s not really a verse and there’s not really a chorus. It originally had 12 verses, Dylan-style. I just decided that it should be the opposite and kept it to just a paragraph.

I think I also just felt it the most, when I was doing vocals. I’m proud of that one, totally.

Looking back now, you’ve come a really long way. You got married, you put out this record that people love, you’re touring a lot - do you ever look back and go, “I can’t believe I got here”?

Yeah, man. There were times that I just thought that nobody would care about what I did. To be able to, like, go to a city where I’ve never been before and see people singing every word and crying, that’s surreal. It’s really surreal, and I’m really thankful for that because I’m that kid too. I just happen to be on the other side of that at this stage in my life.