SAM MORROW is one of those performers who seems to be a wise old soul in a young man’s body.

The 27-year-old Texas native, now working out of L.A., has made a name for himself in American roots music with a combination of his deep reverence for the great names of the past and a voice that is firmly in the 21st Century.

His latest album, Concrete and Mud, is where the musical genius of the deep South (the title is a partial reference to the Mississippi River) meets country’s legendary Bakersfield sound. 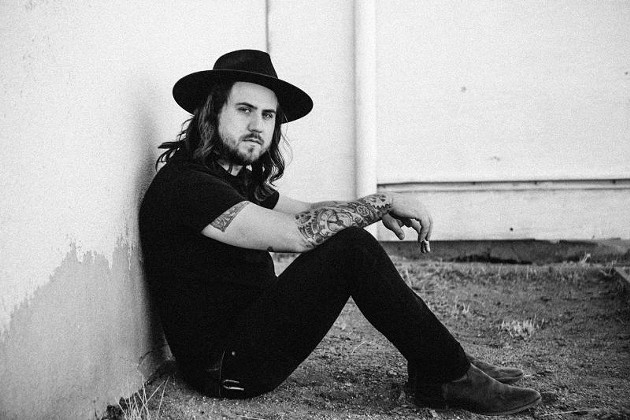 Blending funk, soul, honky-tonk and Southern rock, the album’s ten tunes display a wisdom born of suffering and of redemption.

Morrow is on his way up fast — like many Stopover shows, this will be a performance where you can say “I saw them when...” We talked to Sam last week.

How much of the funky, soulful vibe of Concrete and Mud was part of your vision going in, and how much was it about the group of musicians you had gathered in the studio?

I'd say about 50/50. I had been kind of listening to a lot of old Stax records and things from that era before we went into the studio — Little Feat, Skynyrd, all different kinds of stuff. I was in the studio with musicians who were good at everything in that rootsy American vein — stuff with a lot of soul, funky stuff. But I have so many influences that whenever anyone asks, I usually forget a really big one!

I hear The Band as well.

Another big influence. Before recording Concrete and Mud I was rewatching The Last Waltz, to try and catch that whole vibe before going into the studio.

You often cite Lynyrd Skynyrd as an influence. It seems that if they'd been, say, an English band, instead of a bunch of guys from Jacksonville, Florida, they'd have gotten much more credit from the music press, who've always tended to loathe Southern rock.

I'd say Skynyrd was probably the most rehearsed band of their kind. All the arrangements, the composition, the song structure, the solos. Some of those old arrangements are just beyond crazy. They are up there as far as musical nuances go.

Everybody thought, they’re just a bunch of rednecks from north Florida, but that couldn’t be further from the truth. I definitely consider them one of the great bands of all time. 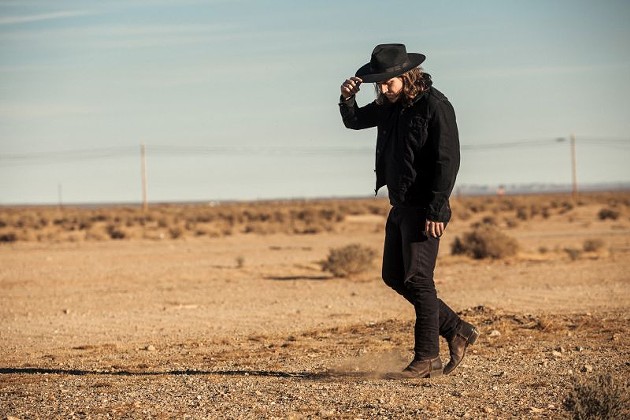 They were also ahead of their time lyrically and in terms of message. ‘Saturday Night Special’ is a pro gun control song, for example.

Definitely. I would say that later incarnations of the band, after so many had died tragically, did go in the other direction, let’s say. I was listening to one of their more recent albums just the other day and was like, wow, what happened.

You didn’t grow up near Nashville nor on the West Coast, so your move to Los Angeles was a decision. Tell me about why you live out there.

I don’t know if the move was that music-based. My feelings about L.A. depend on which day you ask me. As much as I want to tell myself that I love it, some days I really don’t. It’s expensive as hell, people are crazy.

What’s cool about L.A. is that while it is a smaller scene, the American music scene there is growing all the time. There’s a real yearning for that kind of sound. Of course a lot of that is because country radio is fucking garbage.

What does country mean in 2018? Is the state of country radio something that concerns you?

They should just call it what it is. It’s pop music. Enjoy it all you want, but just call it that, because that’s what it is. That’s really my only pet peeve with it. People can listen to it if they want , just be honest about it.

To me it’s just not good. It’s important to say when music is bad. I listen to a podcast called Your Favorite Band Sucks. It’s interesting (laughs).

Your music is described as “left of center country,” but I don’t hear much political messaging in your lyrics. They are however very observational, and very much your own voice.

It really depends on what you mean by political. A lot of these labels don’t really mean that much. I think saying I have a message mostly means it’s not what you usually hear on the radio.

I don’t write really political stuff, because it’s not always fun. I love the shit out of some Steve Earle, but my least favorite albums of his are the ones where he gets the most political.

Who knows, maybe someday that will change, I’ll decide to write a whole record about one particular issue. I write more about the human condition, and love, and struggle.

I might hit a point where that changes, but right now I want my music to sound cool, that makes people shake their ass, and is fun to play.

What kind of set-up are you coming to Savannah with? There’s a lot of instrumentation on the new songs.

I’m coming there with a four-piece, me and another guitarist, bass and drums. I wish I could tour with the keyboards all the time, but the financial realities don’t always match up (laughs).

We’re pretty much able to do what we need to do. We figured it out.

My favorite song on the new record is “The Weight of a Stone.”

A lot of people have told me that. I’m not sure what it is about that song that people really respond to. I will say that something special was going on in the studio when we recorded it. We all could feel it.