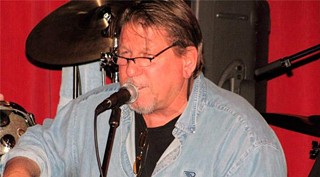 In the words of Kool & the Gang, there's a party goin' on right here.

For two decades, in Savannah, that's always meant the Sapphire Bullets of Pure Love are on the bandstand. The Bullets - 13 pieces including the five-member "Bonaventure Horns" - play soulful, kickass rhythm ‘n' blues chestnuts, with one goal in mind.

"We provide music for people to dance to," says Phil McDonald, the soul machine's founder, funk-fueled bassist and prime motivator.

Beefy horns and R&B classics? Ain't nothing else like it in Savannah. McDonald: "I've got a horn band and people say ‘Well, you guys do Chicago,' and I say ‘Absolutely not. Have you ever heard a Chicago tune that people responded to, and got up and danced?' No. It never happens. Nobody dances to a Chicago tune."

That hackneyed slow dance to "Colour My World" notwithstanding, McDonald is probably right.

Dig the Bullets' James Brown medley. Or Tom Jones' "It's Not Unusual." Or  "Flip Flop and Fly." Or blistering slow jams like "Me and Mrs. Jones" and "You Don't Know Me."

The moniker was lifted from a short track on the Mahavishnu Orchestra's classic 1973 album Birds of Fire. "It's the title of a 24-second song of free form noise," explains McDonald. "I thought it was a great name for an R&B band." The group was originally called Jimmy Stratocaster & the Sapphire Bullets of Pure Love.

"The fun of it is, we're just really good friends," McDonald says. "We don't have to work. Being 13 pieces, it's a huge footprint; not a lot of people book that size band for any functions, so when we do work it's because we want to."
In other words, just about everyone in the band has a day job.

"And the guys that are trying to make a living at it have other bands," adds McDonald. "There's never any kind of a conflict in that regard, because horn players are trying to work as much as they can. That's what they do."

The band puts on these dance parties at the Legion hall twice a year.

"The most fun we can have is when people are out there dancing, partying," McDonald says. "What I'm trying to do, and through me the rest of them are trying to do, is create this kind of shotgun shack party barn that we all remember from our college days.

"That's what I'm trying to re-create, that vibe, where you show up, you dance, you're not and sweaty and everybody tells lies. And has a good time."

The "Fire in the Hole" hip hop series (hosted by Knife from Dope Sandwich) continues Friday, Aug. 24 at the Wormhole with performances by Word of Mouth members Miggs and Electric Grandma, Toine, Hangman and Solarge ... Live Wire brings back Atlanta producer Chuck Moreland and his "ghetto glam" electronic/hip hop project Bitch Please. It's beat and bass-heavy electro, dubstep and house music mixed over R&B and dance classics. Say hello to Chuckie's BP station Saturday, Aug. 25 ... The Accomplices - one of the best and brightest Savannah bands for 2012 - play Molly MacPherson's on the 25th ....