Sarah Shook rises in the ranks of punk and country greatness

Sarah Shook & the Disarmers @The Jinx

Sarah Shook’s journey to critical acclaim and commercial buzz as a leading light in what you might consider outlaw country or cowpunk didn’t necessarily begin where one would assume it would have. Shook, a songwriter who is arguably unrivaled in both style and lyricism, has made a name for herself over the past several years as the leader of Sarah Shook & the Disarmers - a band that challenges the very definition of country music while also staying true to what has made it such an important genre in the landscape and history of American music.

The music Shook makes wasn’t necessarily something she had ingrained in her since childhood, however. Coming from a religious household where there were restrictions on the music that was consumed, she wasn’t introduced to much until later on in her life.

“I didn’t really start listening to music until I was, like, 17. We were only allowed to listen to praise music and classical. I listened to a lot of classical music growing up,” she tells Connect ahead of her gig at The Jinx on Feb. 2. 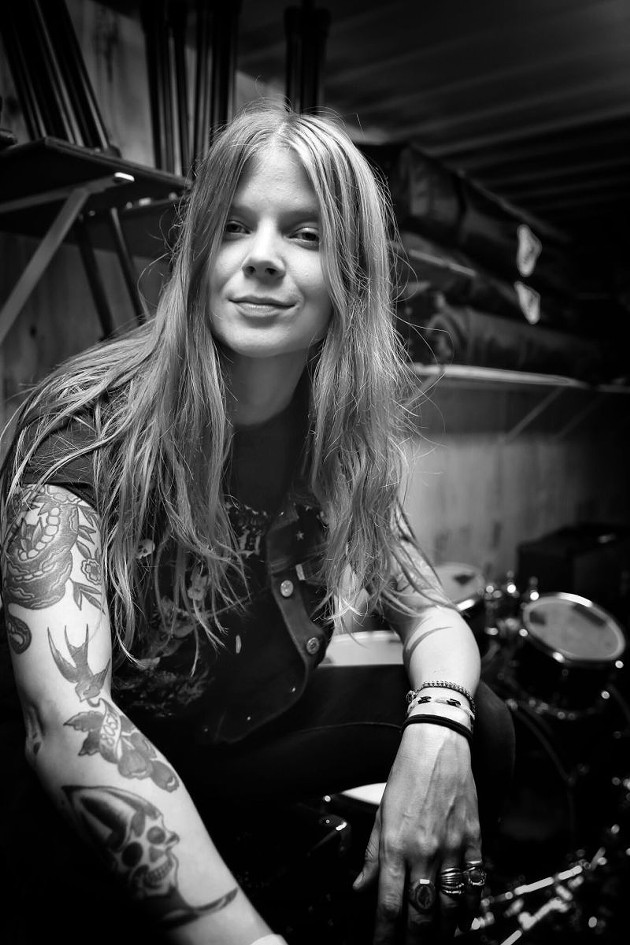 “It wasn’t until I got my first job and got a little bit of independence that I started listening to a lot of indie rock stuff. I think the first bands I really heard that weren’t Christian or classical were Belle & Sebastian, The Decemberists, and Elliott Smith. That was kind of my foray into music.”

In her 20s, Shook started listening to traditional country music and studying the genre. She says the process of exploring the catalog of classic country was “overwhelming” because “there were so many fucking good artists from that time period.”

“I got really into George Jones and Wanda Jackson,” she says. “Hank Williams is still my favorite songwriter and singer. And then a few years ago I started getting into old school punk. More recently I’ve been getting into a lot of psychedelic rock like 13th Floor Elevators, Black Angels and Black Rebel Motorcycle Club.”

Shook has been writing songs since she was around 9 years old, but began to shift towards indie rock in her teen years.

She says she didn’t necessarily have any intention to start a band at first, explaining that writing was mostly “self therapy” for her.

Amazingly, when she was first introduced to old-school country music, she realized she’d already been writing songs in that vein without being familiar with the genre.

“It was mind-blowing to me. It felt like a low-key homecoming kind of deal,” she says.

Her first band was very music a traditional country outfit, with upright bass and no drums, and that eventually led to the formation of The Disarmers alongside her longtime guitarist Eric Peterson.

“Our sound kind of just evolved with the songs, and started heading in a more rock and roll direction. Definitely still country, still a lot of twang, but a lot harder and darker of a sound,” she says.

Since forming the band several years ago, Sarah and the Disarmers have released two critically acclaimed albums for Bloodshot Records, and maintain a steady touring schedule.

She’s writing some of the most honest and thought-provoking songs you’ll hear today, and the lyrics are often based on personal experiences.

“They’re usually about relationships that I have or had, and a lot of it is retrospective reflection on mistakes that I made or things that I could’ve done better,” she says.

“It’s also just me trying to put myself in the other person’s shoes. Because any failing relationship is not just on one person. You know, try to be self-analytical and inspect your motives and emotions so that you’re not repeating the same mistakes.”