Rendering of the proposed Tempo Hotel by Hansen Architects following a redesign. Submitted to HDBR for Aug. 10 meeting.

A developer continues to receive pushback on plans due to the size and scale of the building in the heart of Savannah’s downtown Historic District after making some design changes to the heavily scrutinized project. And speaking of size, the massive impact of one of Savannah’s Civil Rights icons cannot be fit on a plaque, but it is still important to recognize W.W. Law’s home. The Historic Savannah Foundation reportedly has plans to do just that later this month after locating a missing marker meant for Law’s home. Meanwhile, another Savannah native will be recognized via an honorary street designation, following action by the Savannah City Council last week. Such council actions may one day take place in a restored seat of government as the city moves forward with plans to restore City Hall.

Thanks for staying engaged Savannah,

Last week, the Historic District Board of Review again postponed consideration of a 7-story hotel at 220 East Bryan St., following a redesign that includes stepping up the height of the building from five stories. The review board continued consideration of the proposal to the meeting on Sept. 14 in order to give the petitioner time to work with staff in further reducing the height and mass of the proposed building.

The continuation came after a previous continuation review board voted on June 8 for similar reasons, which spurred the design changes presented last week.

The Tempo brand Hilton is proposed to replace a vacant 4-story office building next to the building that houses the Abe’s on Lincoln pub. The demolition of the 52-year-old, non-historic office building, which previously housed the GBI, has already been approved. Abe’s owner Brian Huskey said in June that the pub is expected to stay open during and after the construction project.

A historic 19th-century residential structure at 9 Lincoln St. on the northeast portion of the site was demolished as part of the project. The demolition was approved by the review board in February by order of a Chatham County Recorder’s Court judge who found the building to be structurally unsound and a danger to anyone in its vicinity. The nonprofit Repurpose Savannah later deconstruct and salvaged historic materials from the structure for reuse. 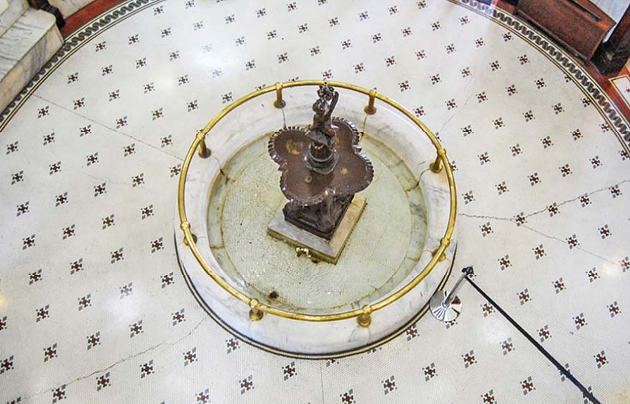 Rendering of the proposed Tempo Hotel by Hansen Architects following a redesign. Submitted to HDBR for Aug. 10 meeting.

City of Savannah takes step towards restoration of City Hall

The City of Savannah is seeking design and construction administration services for a city hall restoration project, as outlined in a request for proposals issued last week.

Savannah’s City Hall was built between 1904-1906 and is a contributing building within Savannah’s National Landmark Historic District.

Beyond regular maintenance, minor repairs, and the installation of some modern systems, no formal interior restoration of the building has been completed since the building was constructed, according to the RFP. As a result there are damaged and deteriorated materials, missing original architectural details and inappropriate use of space. The building reportedly also has some temperature and humidity control issues.

The city RFP states that the project will need to be planned out in phases to address critical needs first and to allow for phases to be completed as funding becomes available. There is $3 million designated for the project in the current special purpose local option sales tax, which was approved by voters in 2019. Another $2 million in SPLOST VII funds could be allocated to complete the project if the sales-tax collections exceed $420 million – with portions of the next $10 million in revenue allocated towards the restoration project and others.

The RFP comes about four years since the completion of a city hall interior condition assessment and restoration plan by Lominack Kolman Smith Architects. The 2018 assessment recommended that restoration work go beyond the public spaces.

Located at 710 W. Victory Drive, the Savannah home of the late civil rights icon W.W. Law has no plaque or marker acknowledging the property’s historical significance. That omission may finally be corrected two decades after Law’s death, following an inquiry by Savannah Agenda.

Law died in the house in 2002 and the structure deteriorated in the years after, earning a place on the Georgia Trust’s Places in Peril list at one point, before the Historic Savannah Foundation and W.W. Law Foundation stepped in to save the property from collapse in 2011, as reported in a 2012 Savannah Morning News article.

According to the article, HSF was going to provide a historic marker to Remer Pendergraph, Law’s longtime friend and administrator of his estate who owned the house back then. The marker was to be affixed to Law’s house and identify the structure as the “Home of W.W. Law, civil rights leader and preservationist, circa 1936,” according to a quote from Daniel Carey, HSF’s CEO at the time.

But there is no such marker on the house, according to the home’s current owner, Troy Williams, who renovated the property after purchasing it in 2014. If such a marker exists, Williams said he would be in full support of placing it on the house.

When asked about the marker in late May, CEO Susan Adler said via email that the date of the article was before she joined HSF.

“So I am looking into this and will get back to you when I have some info,” Adler said.

On July 29, HSF’s spokesperson said that ten years ago, before the current management or team members joined HSF, there was an oversight and the historic marker dedication was never installed – although it was ordered and has been located.

To rectify this situation, HSF is planning a media call to install and unveil the marker and honor W.W. Law in late August, said Lesley Francis, CEO of Lesley Francis PR.

UPDATE: On Tuesday, August 23, community leaders and representatives from the Historic Savannah Foundation (HSF) will be honoring the memory of Westly Wallace Law as they unveil the historic marker dedication at his home where he lived until he passed away in 2002.  W.W. Law’s commitment to his work in advocating for civil rights and African-American history and culture in Savannah, will be recognized by: Austin Hill – Board Chair of HSF, Troy Williams – current owner of 710 W. Victory Drive, Vaughnette Goode-Walker - Director at the Ralph Mark Gilbert Civil Rights Museum, Mills Morrison – The Morrison Family were longtime friends of Westly Wallace Law, Gregori Anderson – HSF Board’s Parliamentarian and Building Committee Chair 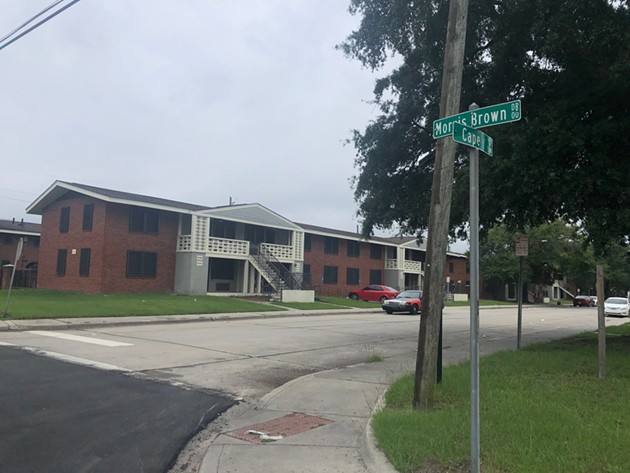 Cape Street, which runs through the Kayton Homes public housing community where Warnock grew up, will be designated “Raphael Warnock Way,” as a result of the vote. The honorary street designation is only symbolic and does not change the name of the street.

The designation was brought before the city council at the request of Savannah Mayor Van Johnson, who said in a July interview with Savannah Agenda that he thought it was important to recognize the historic nature of having a US Senator with local roots.

“I think it’s even more historic that he is a product of public housing,” Johnson said. “I think it’s important for little boys who grow up on that block to know that greatness is not defined by where you live.”

Warnock, who continues to serve as the senior pastor of Atlanta’s Historic Ebenezer Baptist Church, is running for his first full term after being elected on Jan. 5, 2021, in a special election runoff to fill the vacancy caused by the resignation of Johnny Isakson. He is currently running for re-election in November against the Republican nominee, former NFL player Herschel Walker.