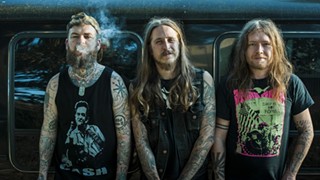 Founded in 1996, the French label is a leader in the world of metal, known for releasing music by leading black metal, pagan metal, and death metal artists, as well as avant-garde metal, gothic medal, and punk. Season of Mist's roster has included Kylesa, The Dillinger Escape Plan, Mayhem, Weedeater, Dying Fetus, The Casualties, and more.

The band is currently working on the record at The Garage Savannah. With the band in charge of production in collaboration with Alphelion and longtime collaborator Chris "Scary" Adams at the board, the record will be the first to feature Corey Barhorst on bass and vocals. The record will be mastered by Audiosiege's Brad Boatright. Additional information on the release is forthcoming.