Savannah/Chatham Consolidation: An idea whose time has come 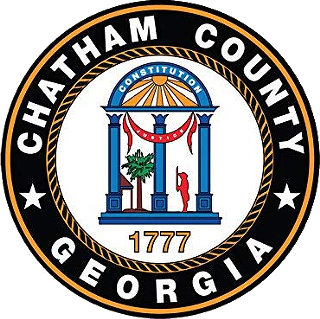 WHAT DO Indianapolis, Nashville. Louisville, Lexington, Ky., Kansas City, Philadelphia (most people among them) and Sitka, Alaska (largest size) have in common?

They all have consolidated most or all of the county and city functions under one elected body. Add Athens, Augusta, Columbus and Macon in Georgia to that list.

In fact, Savannah is the largest city in the state without serious consolidation of governmental authority. (Atlanta has a complicated arrangement with its neighboring counties.)

The reason for consolidation is simple: combining services and democratic oversight is more efficient and less costly than having them spread over multiple governing units.

Studies of combined city and county operations report improved services, significantly lower property taxes for residents and a greater willingness for the unified body to make difficult decisions instead of pointing to someone else to blame.

This subject is not new for our community. In fact, attempts to consolidate Savannah and Chatham County failed in 1973 and then 1982.

Three factors seemed to work against it. First, county residents resented the process which allowed city people to vote twice: in the city election and also in the county poll.

Second, African Americans in the city feared loss of their influence to county residents who were majority white.

Third, as is always the case, existing officeholders were against the proposal which would eliminate their positions.

Recently, our residents have experienced anti-consolidation of municipal services when the combined Metropolitan Police Department broke into its city and county parts after our local politicians allowed their petty differences to destroy the cooperative operation.

Macon and Bibb County, however, provide a model of successful consolidation. In their referendum in 2012, which included the aforementioned double vote of city residents, the proposal to consolidate was approved by both the city and county.

Its proponents promised that government employment would be reduced by 20% over a 5 year transition but no workers would lose their jobs immediately.

Macon Mayor ProTem Al Timmer explained that the 20% goal was actually reached in 2.5 years; employees were offered attractive packages so that the new joint government achieved its job reductions through voluntary retirements.

For taxpayers, the benefit was swift. After 18 months, the entire city millage was eliminated. This lowered the total millage by 7.5 mills.

What would a savings of this magnitude mean for Savannah taxpayers?

Last year, a WTOC report estimated that the owner of house valued at $289,000 would save $860 a year if our millage was reduced by the same amount.

The folly of our Police Department de-merger did stimulate a non-partisan effort to re-invigorate our consolidation dialogue.

State Rep Stephens (Republican) and State Senator Jackson (Democrat) tried to include funding for a consolidation feasibility study (required by State law before a referendum can be held) in the state budget last year. The Carl Vincent Institute of Government at the University of Georgia was prepared to do the study.

The Savannah Area Chamber of Commerce also had this in their legislative agenda. Additional funding was also promised by the Savannah Economic Development Authority.

Unfortunately, a wave of fear-mongering in the county derailed this effort. Claims that the city would take over the unincorporated areas of the county confused the issue and set off movements to create new cities on Skidaway and the other islands.

New Opportunities: In 2020, we will have new leadership in both the City of Savannah and Chatham County; we know the former and will select the latter next November.

At this point, consolidation advocates are now taking a cautious approach. They want to give the new City Council time to find their voice.

They also want to avoid any suggestion that consolidation is aimed at somehow stealing their newly gained authority.

Instead of even mentioning consolidation, they instead will try to encourage the sharing of services, such as law enforcement. Which other services could be shared?

Citizens, however, need not be timid in our communication with city and county officials, especially during election campaigns when they at least pretend to listen to us.

We deserve what people in Macon-Bibb received.

The Paradox of Thrift during our economic stagnation