A talk with co-founder Roger Moss

Night At The Opera

Where: Lucas Theatre for the Arts 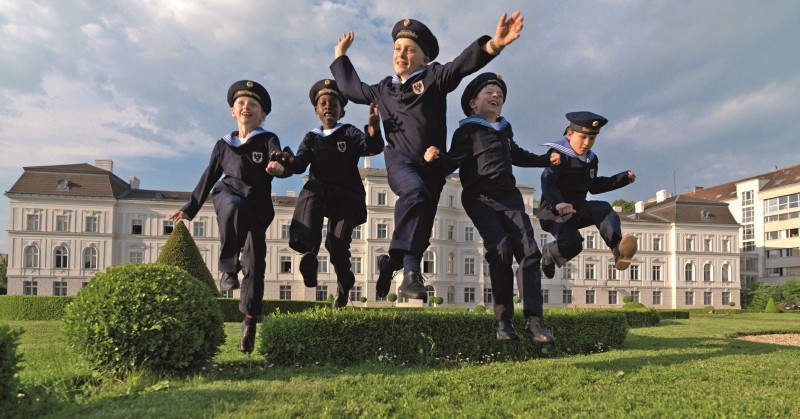 Vienna Boys Choir are back this October

OVER THE last ten years, the Savannah Children’s Choir has quietly become one of the most effective nonprofits in the area.

In a time when more people are finally waking up to the need to mentor schoolchildren so they choose a positive path in life, the Choir has a solid record of doing just that for a decade—while also making beautiful music for appreciative crowds.

They celebrate their tenth anniversary season with a series of marquee events this fall, including the return of the Vienna Boys Choir in an October performance.

Founded in 2005 by Roger Moss and Cuffy Sullivan, the Children’s Choir is in many ways the model for a lean, outcome-focused cultural organization neither overly dependent on big corporate sponsors nor heavy taxpayer subsidy.

“We are intentionally diverse—that’s a phrase I like to use a lot. Because of that, we’ve been able to provide opportunities for a variety of Savannah’s children.” 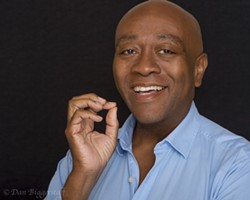 Moss says one impetus for the expanded scope came from their experience attending children’s choir conferences across the U.S.

“What we’re seeing across the country is children’s choirs are similar to traveling soccer teams—almost all white and affluent. We didn’t fully realize that until we started going to conferences.”

The Savannah Children’s Choir today features singers from a wide variety of backgrounds and all income levels—“rich to poor and everything in between,” Moss says.

While those with greater needs are specifically welcomed, the Choir bucks liberal orthodoxy in that the group isn’t purely needs-based—there is a strict academic requirement both to enter and to stay in.

The kids have to maintain a B average in school to stay in the Choir. For its part, the organization provides free tutoring.

“Our track record with getting kids into Savannah Arts Academy is 100 percent. Everyone who has auditioned has gotten in. Our college admission rate is 98 percent,” Moss says.

Another huge accomplishment over the last decade for the Savannah Children’s Choir is that “we’ve operated in the black for ten years straight!” Moss says with one of his trademark infectious booming laughs. 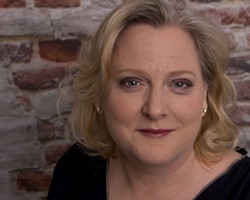 Both naturally gregarious, optimistic, and funny, Moss and Sullivan have proven to be an extremely effective duo, reinforcing each other’s strengths.

“I’m sort of the face of the organization, and Cuffy is basically the most organized person in the world,” Moss jokes.

Besides singing and good grades, another key component of a child’s experience in the Choir is travel.

“We travel a lot, and when we do overseas travel our kids get exposure to wherever we’re doing. When we went to Italy we taught them some basic Italian. We went to Prague and had a local student come teach them some basic Czech phrases,” he says. 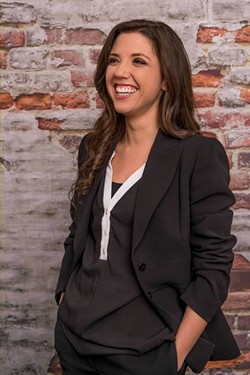 “It builds confidence. It gives a worldview that’s outside Savannah, Ga.”

Moss cites the example of a recent Choir trip to Atlanta, where they had a side trip to the new Center for Civil and Human Rights in Centennial Olympic Park.

The children took turns sitting at one of the Center’s most notable and controversial offerings: a facsimile of a lunch counter in the ‘60s, where you can sit, put on headphones, and hear the verbal abuse sit-in protestors experienced while trying to integrate eating establishments.

“What was so powerful is we told the children one of the reasons we’re here is we’re celebrating the 50th anniversary of the Voting Rights Act. I told them, ‘My parents couldn’t vote.’ The look on the children’s faces was like, what? What do you mean they couldn’t vote?” Moss says.

“And the kids started asking questions. It was great.”

The choir’s “life lessons” also drill down into areas as specific as fundraising.

“We don’t sell candy,” Moss laughs. “They sell ads in our program book. They receive sales training. They’re killing it this year! They’re actually making appointments and selling. A few even made promotional videos. These kids take it very seriously.”

“The summer camp is our audition,” says Moss. “There’s a culture we establish at summer camp. It is a culture of excellence. Not just well, I’ll get by.”

Sullivan conducts the audition work at the boot camp, where “they not only learn to sight read, they learn how to walk into a room and how to interview, down to what they’re going to wear,” Moss says.

The conversation with parents is about the end result.

“We’ll give them a self-assured, creative, responsible kid,” Moss says. “I mean, I didn’t go to Europe in the sixth grade!”

The teachers are as diverse as the children.

“This past summer we had one Hispanic intern and five main teachers, two of whom were African-American,” says Moss.

“You really have to work at the whole intentional diversity thing. What you find about groups is they’re usually one of two things: They’re either intentionally diverse or unintentionally exclusive,” Moss says.

“What that means for a choir is we can’t wait for a variety of kids and parents to come to us. We have to come to them. We are going into schools and handing out vouchers.”

The other challenge is attracting boys to sing in the Choir. “That’s a whole different language,” Moss jokes.

In part to help attract boys, the Choir has an ongoing relationship with bass/baritone opera singer Keith Miller, who before he became a rising star performing at The Met was starting fullback at the University of Colorado and later a professional arena football player.

“It takes things to a new level for the boys when they see this incredible athlete who is able to sing like that,” Moss says.