The official ribbon cutting was Friday evening, and there were demonstrations and performances all day Saturday. Connect visited the new facility Friday evening.

There’s no question that going from the decrepit Henry Street facility, former home of the City Cultural Arts Dept., to this one feels like a major win for the arts locally.

The grand opening went a long way toward assuaging public concerns about the $24 million facility, under fire for a substantial cost overrun.

The sprawling building feels almost like a nice public school with its cinder block walls and circular design. Whether that comparison is a good or a bad thing is in the eye of the beholder.

The five studio classrooms are easily the most impressive feature of the Center. All the rooms have huge windows, allowing for plenty of natural light to come through. The equipment is high quality, and there’s plenty of room for instruction and creation.

The art gallery is spectacular in its size. It’s a white wall gallery with high ceilings, allowing for a lot of artwork to be on display.

At the opening, the exhibition on display was the 18th annual New Beginning Youth Art Exhibition, presented by the Savannah chapter of The Links, Incorporated. The abundance of art on the walls proves the importance of this building and the services that the Cultural Arts Department provides. 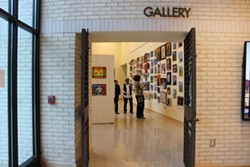 On opening night, the art instructors were leading workshops and clearly excited about their new space.

The theater spaces are markedly less impressive, or at least less cohesive in their presentation.

The Ben Tucker Theater was sold as a 464-seat performing arts theater with a fixed stage. There are no fixed seats in the room, which will apparently rely on “retractable” seating for flexibility.

The jury is still out on the stage—on opening night, it was obscured by a pull-down screen. Several observers compared the space to a conference room rather than a performing arts space, but to be fair, without the full seating in effect it’s hard to come to a definite conclusion. 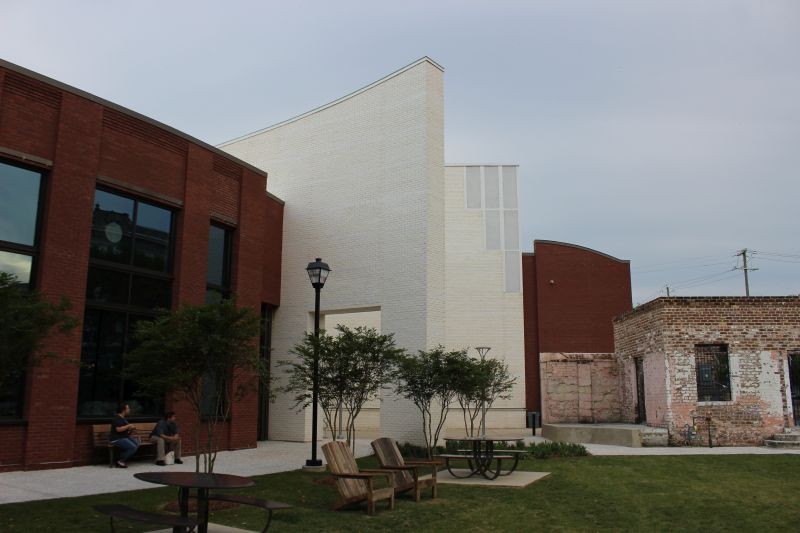 The room has multiple windows that extend up the wall, peeking out behind the huge black curtain hung in what seems like a futile attempt to block the light.

In several descriptions of the new Center, there is no mention of a black box theater, instead listing a dance studio. This seems like the more appropriate utilization of the room, since there’s also a mirrored wall.

Overall, the Savannah Cultural Arts Center seems poised to be a great addition to the arts scene in Savannah once it gets going.

Film Fest season, and time for Styx – the movie, not the band