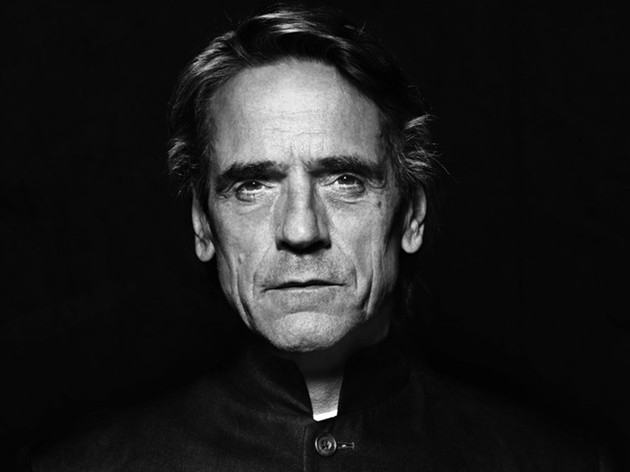 Actor Jeremy Irons will be here Monday, Oct. 28, to participate in a Q&A session in the afternoon, and to receive, at night, the Savannah Film Festival's Lifetime Achievement Award.

An Academy Award winner (for 1989's Reversal of Fortune, in which he played accused society murderer Claus von Bülow), Irons began as an Old Vic-trained stage actor. He has been making movies — and erudite TV dramas — for more than three decades.

From David Cronenberg's Dead Ringers and M. Butterfly to Adrian Lyne's Lolita remake, Steven Soderbergh's Kafka and Louis Malle's Damage, Irons has demonstrated a masterful balance of almost subliminal psychological and sexual tension. It's all there in his eyes ... and in that reedy, aristocratic voice, which he also put to effective use in popcorn movies like Die Hard With a Vengeance (as a Euro-trash villain) and The Lion King (as Scar, the king's jealous and power-mad brother).

He is also a Tony winner (for The Real Thing) and the recipient of an Emmy Award (for Elizabeth I).

This interview was conducted via e-mail on October 17.

Many film and television actors make periodic returns to the stage, as you do. Is this a matter of "re-charging your batteries," or maintaining a healthy connection to the way you got into acting in the first place? Or is it, well, just fun?

Jeremy Irons: Like most actors what I am looking for is a good story, and a character to play who seems interesting, relevant and a challenge. The medium has really very little to do with it. Good and satisfying work is always hard to find, and hard to carry out, whether it be in the theatre, film or television, but it has to be sought constantly. Each medium has its own pain and pleasures, and I have always tried to retain some sort of presence in them all, both for business reasons and because of my deep love and need for contrast in my life.

In the '70s you worked in British theater and television. In those days, was the next (hopeful) step getting into British films, or were you thinking "Gotta get into American movies"? Was making a name in America something you thought about, worked at, or something that just happened?

Jeremy Irons: I never had the slightest inkling I would get the chance to work in movies, let alone international ones. I saw my career, if I was to have one, in British Theatre and hopefully in British Television. I pursued a role in Brideshead Revisited because I believed to be part of a successful television series would help my Box Office value in the Theatre. Of course I had no way of knowing that it would become internationally successful. The fact that at the same time Karel Rice went out on a limb to cast me opposite Meryl Streep in The French Lieutenant's Woman was a glorious piece of luck and helped to open the doors to an international career.

After (or before!) Brideshead hit in the States, what's the best advice you received from a fellow British actor, about working in American-made projects?

Jeremy Irons: At that time I had no desire to work in America. I looked at the British actors who had moved to Hollywood, and came to the conclusion that I would probably be happier living and raising a family, if I was to have one, in Europe. I have never seen fame as something worth courting for its own sake, only as something which may increase the opportunity for the type of work that is fulfilling. As far as advice, the most memorable was from my theatre school Principal, "Soldier On." In other words, despite whatever frustrations get in your way, don't give up.

Dead Ringers was supremely creepy on the big screen (I remember it well). Can you talk about the difficulties — and the pleasures, I suppose — in playing identical twins? What were those work days like?

Jeremy Irons: All film, and indeed theatre, is about creating an imaginary world, and convincing the audience that something manufactured is, in fact, true. To be given the chance to create two characters seemed like a pretty cool trick, and once I had discovered that the technical process was not too daunting, I relished finding a way to allow the audience to differentiate between them while the characters on screen were often unable to do that. David Cronenberg and his DOP Peter Suchitsky were immensely helpful in my quest to find what I hope was a pretty subtle delineation between the two men. It was a very happy and satisfying shoot, as it always is with Cronenberg, who, despite his extraordinary imagination and view of the world, always allowed me to feel we were working in true collaboration.

I honestly have no idea what Claus von Bulow looks or sounds like (I've just learned that he's still alive!) To me, he looks and sounds like Jeremy Irons, which is I think a testament to the power of your work in Reversal of Fortune). You got a lot of acclaim for that one — is it one of your own favorites? Is that the role you suppose you'll be best remembered for?

Jeremy Irons: It was for Claus that I won the Academy Award, although I think often that is awarded not just for one role but is also influenced by previous work, and how you figure as an actor in the minds of the Academy voters. I happen to believe that Dead Ringers, the film I had made the year before, was an influence on the way they voted, although it itself was not an "Oscar" film because of its rather murky subject matter. The films I seem to be remembered for vary depending on the country and the age of the audience. In Asia and India they remember Die Hard with a Vengeance; in Spain, House of the Spirits; in Germany, Lolita; in France Moonlighting; in America The Borgias and almost everywhere Damage. And, of course all parents of kids remember The Lion King. I am just grateful when people remember my name.

My daughter was around 5 years old at the time of The Lion King, and I still know every line. When they offered you this one, did they say something like "We want Scar to sound imperious, like Claus von Bülow"? Or did you bring something else to the voice?

Jeremy Irons: Whatever voice came was arrived at by looking at the initial sketches, and from the freedom the directors gave me to try anything. The fact that he may occasionally remind you of Claus, comes from the fact that they both share the same voice box. To be known to an entire generation as the voice of an animated lion is a mixed blessing, and is due both to the quality of the film, and Disney's incredible marketing skills.