A conversation with the tough, sexy star of 'Game of Thrones' 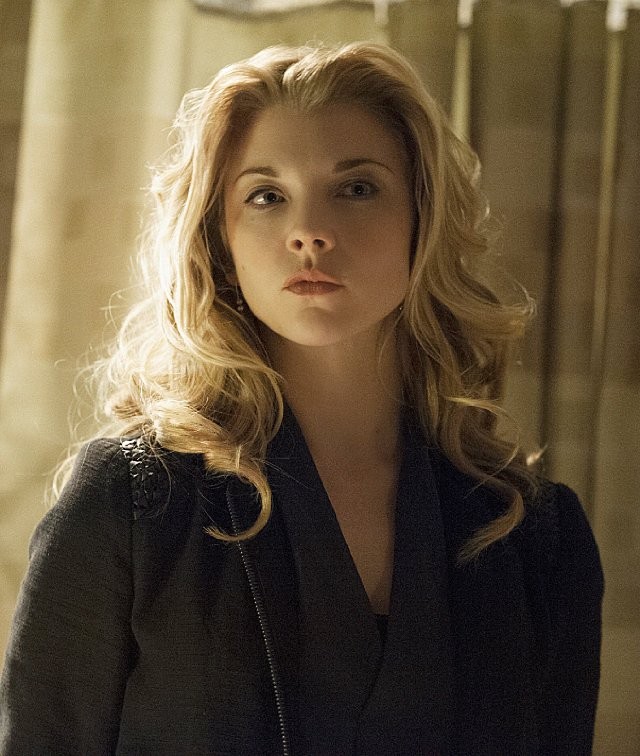 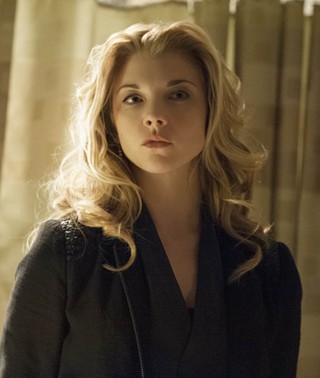 In 2005, British thespian Natalie Dormer made her film debut in Lasse Hallström's Casanova, which stared Heath Ledger as the legendary Italian seducer.

On her first day, after being delivered to the set deep in the heart of Venice (via water taxi), she shot a scene with ... Oscar-winning British thespian Jeremy Irons. "I was a young ingénue, fresh out of drama school, nervous as hell because it was Jeremy Irons," Dormer remembers. "Completely intimidated."

It's been nearly a decade since Casanova went before the cameras. Jeremy Irons is, of course, still Jeremy Irons — and Natalie Dormer, through her work in the Showtime series The Tudors and HBO's Game of Thrones, is quickly becoming one of the most sought-after actresses in the business (she's in Ridley Scott's The Counselor, with Michael Fassbender, Brad Pitt and Cameron Diaz, opening Oct. 25).

She and Irons will meet again this week, as both are being honored at the Savannah Film Festival.

"It will be kind of lovely to see him all these years later, to have a laugh and a joke with him and remind him of how timid I was, and intimidated by him," says Dormer, 31. "And how in awe of him I was at the time."

She was doomed monarch Anne Boleyn on The Tudors (2007-2010), opposite Jonathan Rhys Meyers as Henry VIII (for obvious reasons, the character didn't make it to the end of the series).

She will play Cressida in the third and fourth Hunger Games movies (in 2014 and 2015, respectively).

Dormer, who happens to be an expert poker player, excels at crafting intelligent characters who hide behind otherwise pleasant poker faces. From the movie W.E., in which she played the Duchess of York, to the current CBS series Elementary (she's Irene Adler and Moriarty to Jonny Lee Miller's Sherlock Holmes), she's doesn't show her hand unless she's all aces.

Which, more often than not, she is.

This is a pivotal moment in your career, isn't it? Do you feel like the whole world, literally, is watching you right now? "This is what I worked for all this time."

Natalie Dormer: It always bugs me when people call people overnight sensations. It's just beautiful when you start to reap what you've been sowing for a very long time.

It's very gratifying when people start to notice that you've been making a concerted effort to challenge yourself, and work in as many diverse places and opportunities as have been able to come your way.

So yes, insofar as I'm aware of being part of zeitgeist phenomenons like Game of Thrones and The Hunger Games, it's a special time in my life and yes, I am aware of that.

Correct me if I'm wrong, but I would imagine you're at a point where you don't have to take a gig you don't like.

Natalie Dormer: I graduated in 2004 from one of the top drama schools in London. So I've been going nearly a decade professionally. So yes, you start to notice a subtle shift — maybe on certain projects, directors don't necessarily want you to audition, they just want to meet you, and talk things through, and see if you click.

But also, however you work up the food chain, your competition just gets more impressive. It's not that the competition gets any less, or that the roles are easier to win. I suppose there's just as much scrambling and fighting for the best roles; you're just going up another echelon.

Do you understand what I'm saying? It's never easy.

Natalie Dormer: Yeah, but then I would mischievously say to you — my natural reaction — is that once I get to a certain place I start fighting against that type. As soon as I feel that I've ticked a box, or achieved something, or become known for something, then it's just my nature that I want to ... not undermine it, because I'm proud of it, I want to deconstruct it and challenge myself in a different direction. And start new challenges.

Great segue for me ... you're saying no more conniving, sexy royals?

Natalie Dormer: Exactly, exactly. And see, that's where you meet me now, at this point in my career. Very grateful and proud and happy memories of the people in my life, and those times on those jobs. I mean, obviously I'm still playing Margaery Tyrell, but my Anne Boleyn days and so forth are behind me. And now I do want to challenge people's perceptions of me.

And run around in a post-apocalyptic era with boys, and in combat trousers and Army boots. I'm ticking that box!

That's what gives me an adrenaline rush. You know, it's healthy for all of us to take ourselves out of our comfort zones, in real life and professionally. That's how you learn and grow.

Regarding The Counselor, was it cool to be on a set with Ridley Scott?

Natalie Dormer: Oh yeah, that was a life-changing moment, definitely. Ridley Scott is such a bastion of the film industry. The man is a legend ... Alien, Thelma & Louise, Blade Runner ... it goes without saying. Completely, I had that shortness of breath moment; you have to calm yourself and get on with the job.

Natalie Dormer: And you thought "What's that about?" [laughing] Ours is not to reason why, Bill. That was a viral scene. That's not actually part of the movie. It was shot as a viral campaign, after the fact, after I was finished with shooting the film and had drawn a line under the experience.

I have a scene in The Counselor with Brad Pitt, and a scene with Cameron Diaz. My character doesn't actually interact with Michael Fassbender. I'm not entirely sure what they were done for — I wasn't even sure that they would ever be used.

But from where I was standing, it was just an opportunity to shoot a scene with Michael Fassbender. I wasn't really going to say no. I took it as a compliment that Ridley had liked me enough ... there were viral campaigns for Prometheus as well, that were sort of independent scenes.

It's interesting the way filmmaking is going. You know that old thing these days of, you watch a trailer and you feel like you've watched the entire movie. So filmmakers are trying to think outside of the box, and do interesting things like shoot independent scenes.

I'm glad you explained that to me.

Natalie Dormer: I'm as perplexed as you are, to be perfectly honest. I saw it for the first time about three days ago, and I've been getting very confused, perplexed text messages from my friends in and outside of the industry. I just raise my hands up and say "I don't know, really." But hey, everyone's talking about it, so there you go! [laughing] And the fact that everyone's talking about it means it must be fulfilling its objective in some way, shape or form.

Are you still doing the Elementary series over here?

Wouldn't you be better suited to the British series Sherlock, with Benedict Cumberbatch? It's so very English. Rather than an American-made Sherlock Holmes show?

Natalie Dormer: I worked with Benedict, and I think he's a gorgeous human being. An outstanding actor. But likewise, I feel similarly about Jonny Lee Miller.

The mythology and the posterity than Arthur Conan Doyle left us means that it's such a great story, it's such a great character study that there is enough room in modern life for these re-imaginings and different incarnations of Sherlock. I think that's the beauty.

The idea of him having an addiction issue is a very interesting take. And personally, the concept of the interdependency of a nemesis derived from the fact that two people were in love, and then there's the opposite end of the spectrum, I found fascinating.

One could say that whatever form Moriarty has taken over the years, Moriarty and Holmes have always been yin and yang of the same person.

Natalie Dormer: Absolutely! It's a great comment on the human condition that everyone needs a raison d'etre. And whether it's a driving love, or a driving passion, or a driving hatred, or a driving competition ... you know Rush, which I did recently, was very interesting insofar as it was the very competitive drive between Nikki Lauda and James Hunt that fueled one another.

Wise men in the past have said "Pick your friends, but be more clever about picking your enemies." Because that is what truly defines a man. And I find that a fascinating concept.

I love the Benedict show, and I love Elementary. I watch them both. And I love Robert Downey Jr. I think there's room enough for all of us to jostle around, you know? 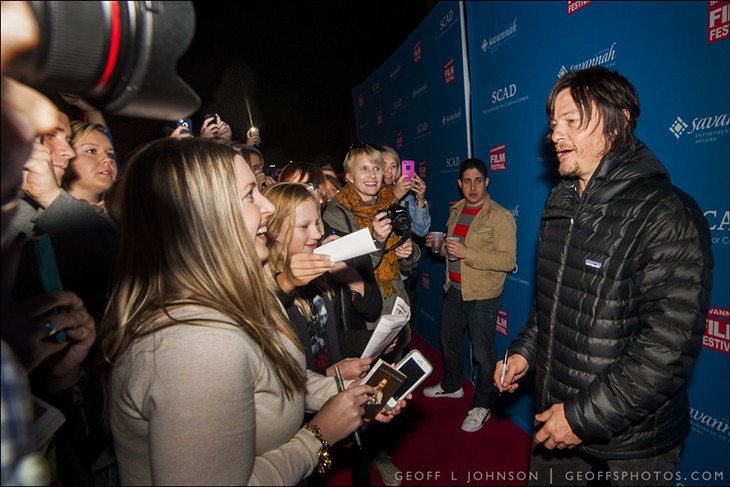