Insider tips from the folks who bring the movies here

New to the festival this year is the Global Shorts Forum, an impressive lineup of 49 narrative and doc shorts from around the world that speak to the issues affecting us as a global community.

The shorts are arranged in blocks focusing on issues like immigration and the realities of the refugee crisis, racism, poverty and prejudice, LGBTQ stories, the effects of war, and current events such as gun control, the environment and more.

The blocks screen at the SCAD Museum of Art and are FREE and open to the public, though a ticket is needed for each block. 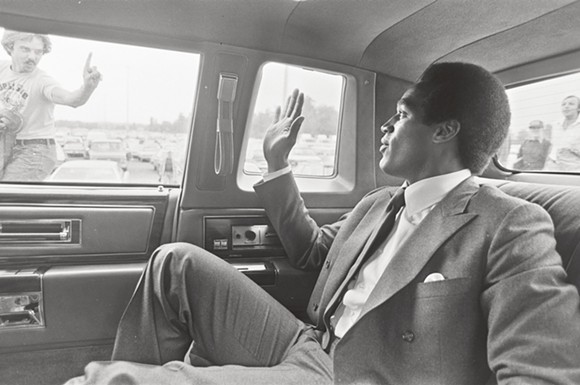 OJ: Made in America

Kicking off the festival for the third year in a row, the renowned Docs to Watch series curated by the Hollywood Reporter’s Scott Feinberg, brings 10 Oscar worthy feature documentaries and their directors to Savannah, culminating in the Docs to Watch panel discussion on Sunday at 6pm at the Lucas Theatre.

Included in the lineup is The Ivory Game, a heartbreaking look at the illegal poaching trade threatening to wipe out African Elephants within the next 15 years, and those devoted to stopping that from happening at all costs; Gleason about former New Orleans Saints former safety and his struggle with ALS; The First Monday in May, an intriguing look into the creation of the annual Met Gala and the discussion of whether fashion constitutes as art, and Life, Animated about a young autistic man named Owen who finds a way to communicate through the power of Disney films. Off the Rails, Tower, Weiner, Norman Lear: Just Another Version of You, Miss Sharon Jones! and OJ: Made in America round out the series.

Gala screenings are always hot ticket sellouts and the sure fire Oscar darling Jackie, directed by Chilean filmmaker Pablo Larrain and featuring Natalie Portman as Jacqueline Kennedy, opens the festival. Both women possess a mysterious and private air that makes Portman a natural fit for exploring the inner workings of a First Lady reeling from personal loss in the midst of such a public grief.

Another sure fire crowd pleaser features Savannah Film Festival’s beloved Miles Teller in Bleed for This, playing real life boxing champion Vinnie Pazienza, who after making a comeback, is hit in a head-on collision and spends 6 months in a halo, attempting to heal enough to return to the ring.

Along with Aaron Eckhart as Paz’s trainer Kevin Rooney, Teller delivers an unflinching performance that will have audiences glued to their seats, including the real Vinnie Paz who joins as a special guest of the festival. 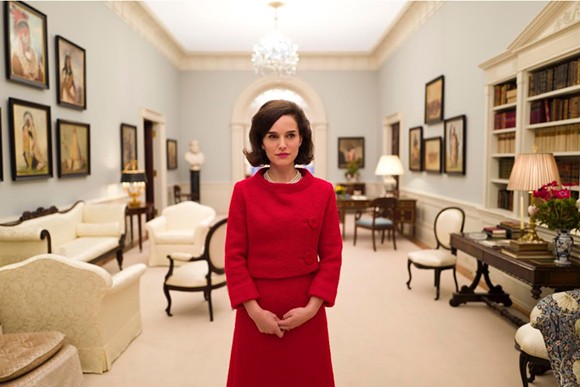 Barry Jenkins’ Moonlight, featuring House of Cards star Mahershala Ali, Janelle Monae and newcomer Trevante Rhodes, and Jeff Nichols’ Loving, starring Joel Edgerton and Ruth Negga as interracial couple Richard and Mildred Loving finish off the festival with subtle and moving stories of love and the struggle to be true to that love. Moonlight tells the deeply intimate story of Chiron from childhood to adolescence to adulthood in three distinct, nuanced performances that create a sublime film experience showcasing the struggle of growing up as a black man in America, through a beautiful and unique lens that defies convention. Along with Loving, it is not to be missed.

Though the experience of struggling with cancer sadly offers an unending well of tear-jerking, gut wrenching stories year after year, finding the nuances of telling these important stories is a daunting task, one that writer/director Chris Kelly, an Emmy winning Co-Head writer at Saturday Night Live, and SNL alum and lead actress Molly Shannon superbly deliver in Other People, based on Kelly’s own personal experiences. Shannon will be attendance, receiving a Spotlight award from the festival for her role as Joanne, a mother dying from the dreaded disease.

Other notable and not to be missed screenings include Demian Bichir’s directorial debut Refugio, starring Bichir in the titular role along with Eva Longoria and Stefanie Sherk as a troubled exotic dancer that Refugio falls for and is determined to save from her current life. Bichir will be in attendance for a post-show Q&A. 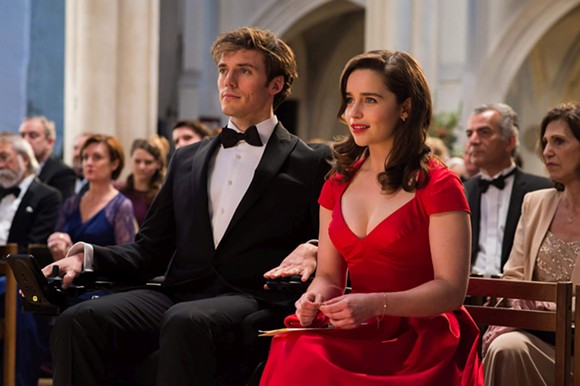 Also in attendance will be rising UK star Sam Claflin with his summer tear-jerker Me Before You along with producer Alison Owen, discussing the film after the screening.

Two unique and not to be missed films in the lineup are the new Studio Ghibli release The Red Turtle, dubbed “a wordless masterpiece” that had everyone talking in Toronto, and The Eagle Huntress, about the 13 year old Mongolian girl who overturns centuries of male dominated tradition to become the first female eagle hunter in her community. Both films are part of the Educational Series the festival offers to area schools to attend at no cost.

The competition features and documentaries offer independent films from all over, including Amy Jo Johnson’s delightful The Space Between, about a man who discovers he’s not the father he thought he was.

Definitely add Happy: A Small Film with a Big Smile to the list of must-see docs. The film showcases Augusta, Georgia visual artist Leonard “Porkchop” Zimmerman’s heartfelt story of overcoming grief from the loss of his life partner through art, and the unexpected “HAPPY” Campaign that evolved from it. Student, Animation and SuperShort! shorts also round out the exciting and diverse competition.