Savannah has had a rich German influence since its founding days 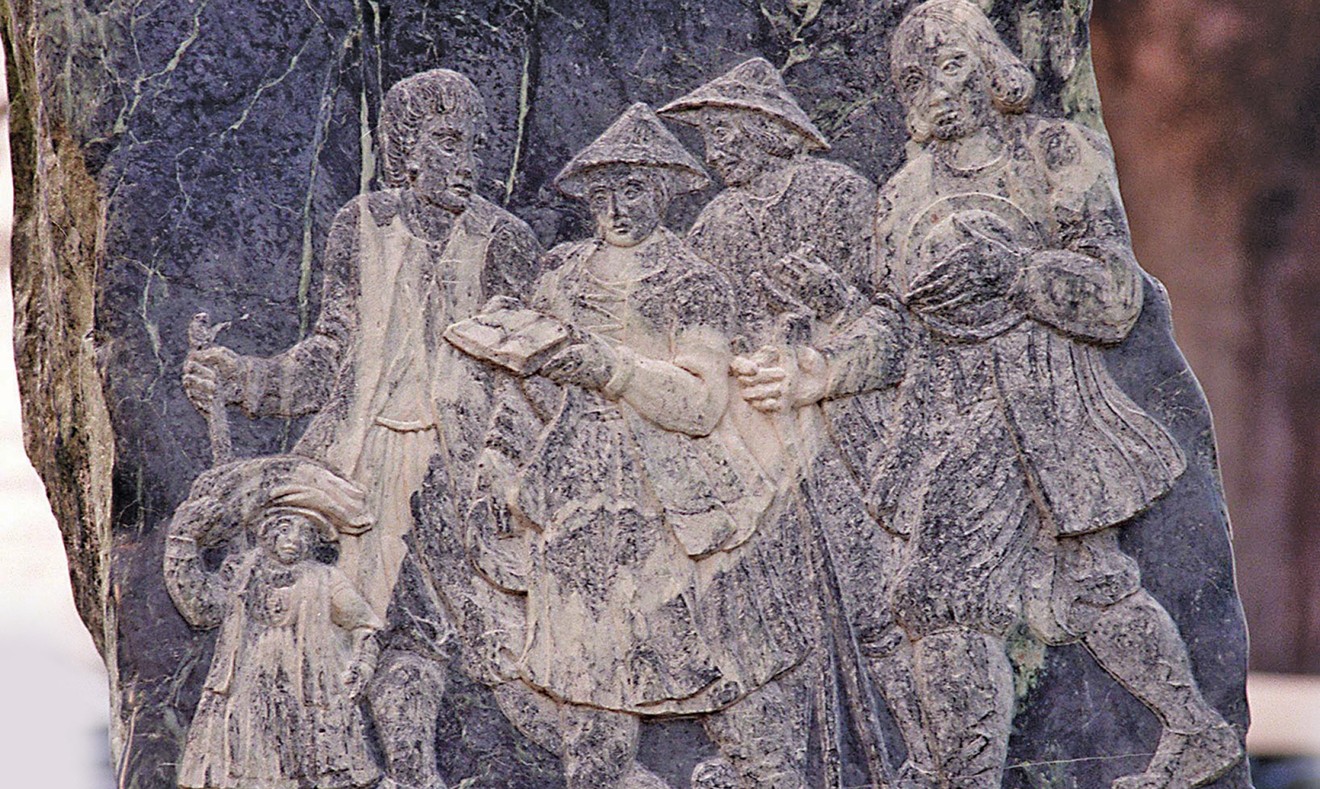 Detail of the Salzburger monument near Emmet Park in Savannah.

In the 18th century, over 20,000 Lutheran Protestants of Salzburg were denied their religious freedoms in their native country of Austria and were expelled and exiled from their homeland.

On March 12, 1734, a group of 37 German Protestants known as “Salzburgers” arrived on the banks of the Savannah River, not far from where James Edward Oglethorpe, Georgia’s founder, landed just over a year earlier.

According to The German Friendly Society of Savannah, Oglethorpe welcomed the refugees with open arms and helped them scope out and establish their new colony.

The travelers were fortunate to survive through intense hardships and were instrumental in assisting Oglethorpe in the founding of Georgia.

According to a George F. Jones’ report: “The German Element in Colonial Georgia,” The Georgia Salzburgers founded the city of Ebenezer in Effingham Co., and established what some in the German Friendly Society have called a “prosperous and culturally unique community.”

“By the time the Salzburgers reached Georgia, Germans had already found their way to all of the older British colonies, sometimes in large numbers. Yet, they weren’t instrumental in the founding of the colonies.”

Only in the case of Georgia can they be said to have been a factor in the original plan of colonization for Georgia’s philanthropic founders, according to the Jones’s report.

So, there’s no doubt Savannah was influenced by these settlers, from the Lutheran Church to the design of the Telfair Academy, to food and culture.

If you are seeking more information on the German influence on Savannah, all you have to do is look around the historic district:

“Giant pretzels are a thing of glory,” said Savannah photographer, Kelly Roetta. “There are several places that serve the Bavarian-style pretzels bigger than the plate. They’re warm and comforting and go great with a celebration with friends.”

Roetta recommends the German pretzels at both Crystal Beer Parlor, as well as Lizzie’s on River Street.

The new Plant Riverside District has German offerings in their biergarten on the waterfront.

“You can’t beat the view as you enjoy their German-style food.”

Further down East Bay Street sits Salzburger Park and Monument of Reconciliation, honoring the 37 refugees who first came to Savannah. The monument is made of stone from Hohe Tauern, Austria, and Anton Thuswaldner, a renowned Austrian sculptor, chiseled the exile story of the Salzburgers into stone, according to the Georgia Salzburger Society.

In the middle of Orleans Square, one of Savannah’s 22 squares, the German Memorial Fountain honors early German immigrants to Savannah.

“It was installed in 1989, commemoration both Georgia and Savannah’s 250th birthday,” said Mindy Shea of Visit Savannah. “It’s a beautiful location to visit, sit, and reflect.”

For more German influence, the Evangelical Lutheran Church of the Ascension, founded in 1741, is located on Wright Square at 120 Bull Street. This church was originally set up by  Johann Martin Boltzius, the minister for the emigrants to Ebenezer, Georgia. The main spires stretch over 190 feet tall and the two towers house 1923 German bells.

“There’s nothing like visiting historic churches. They were the very center of our forefathers’ lives,” said a visitor from Illinois. “I’ve seen a lot of historic churches and this one is beautifully preserved and just as relevant.”

In the near ghost town of Old Ebenezer, the Jerusalem Lutheran Church (pictured at left), completed in 1769 is the oldest church in Georgia and the oldest continuously operating Lutheran assembly in America.

The church also served as a field hospital during both the Revolutionary and Civil Wars.

For authentic Bavarian cooking, Zum Rosenhof German Restaurant and Grocery in Hinesville is well worth the drive to try out this cuisine hand-made by folks who know what they’re doing.

Their menu consists of a variety of schnitzels, juicy bratwurst, sauerbraten, and spätzle.

“If you leave hungry, it’s your own fault,” said Mary Holstein of Savannah. “The folks are from Germany and really put their heart and soul into the food.”

A soldier from Fort Stewart paying his bill, tossed over his shoulder, “I was stationed in Germany for three years and this is the best German food I have ever found since leaving the real place.”

The market next to the restaurant is chock full of authentic food products from Germany, including mustards, pickles, chocolates, and seasoning.

“Take a look around and appreciate the varied influences here in our city,” said Shea. “We’re the Hostess City, for sure, but we have taken so much from so many other cultures here in this rich melting pot.”

Photo and map of New Ebenezer from New Georgia Encyclopedia