Jones, Toussaint, Fleck among the highlights 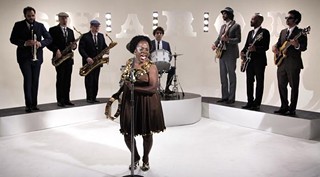 There are some familiar - and welcome - names among the just-announced performers at the 2011 Savannah Music Festival, and several will be making music together as part of all-new collaborations.

As always the SMF has a few nice-looking newbies on the marquee.

Tickets for the multi-genre, multi-venue festival (March 24-April 9) are available now at savannahmusivfestival.org, or by calling (912) 525-5050.

Several pop shows (among others) won't be announced until January, as the contractual T's and I's are yet to be crossed and dotted.

The 2011 festival will mark the first time, since executive director Rob Gibson took the reigns in 2003, that the event isn't divided into specific, titled series (i.e. classical, jazz, Americana et cetera). It's all just music.

That being said, here are selected highlights of the 2011 schedule.

Bela Fleck, Edgar Meyer and Zakir Hussain. All three of these world-class genre-jumping musicians will perform in concerts of their own - Fleck even has a jazz date with the Marcus Roberts Trio - but this one features the three of them together. Fleck (banjo), Meyer (double-bass) and Hussain (tabla) are master innovators who blend diverse world musics with jazz, classical, bluegrass and everything else you can think of. March 30, Lucas Theatre.

The Flatlanders with Junior Brown. Flatlanders Jimmie Dale Gilmore, Joe Ely and Butch Hancock are, hands down, three of the greatest old-school Texas songwriters of the past 30 years (Eli's a hell of a guitar player, too). (Hey slackers - didja know that was Jimmie Dale in The Big Lebowski, getting threatened by John Goodman's gun in the bowling alley?) Add white-hot picker Junior Brown to the equation, and this will be the dusty trail-concert to beat. March 26, Lucas Theatre.

John Pizzarelli and Jessica Molaskey. A five-performance run of this top-flight cabaret show, imported from New York City, featuring the exemplary jazz guitarist and his singing/acting spouse. The Heart of a Saturday Night paints a cutting-edge musical picture with songs from all the greats - from George Gershwin and Cole Porter to Tom Waits and Joni Mitchell. April 4-6, Charles H. Morris Center.

Dianne Reeves. One of America's most beloved jazz vocalists returns (she was last here in 2009) for a special performance of Brazilian music, with a band thsat includes guitarist Chico Pinheiro. April 2, Lucas Theatre.

The great bluegrass band Doyle Lawson and Quicksilver will be back in 2011, as will associate musical director Daniel Hope with his five-concert chamber music series, featuring some familiar musicians and some who've never before performed in Savannah.

Things kick off a bit early with the Nov. 17 concert appearance (in the Lucas Theatre) from violin maestro Robert McDuffie and the Venice Baroque Orchestra, performing a new Philip Glass piece, The American Four Seasons.