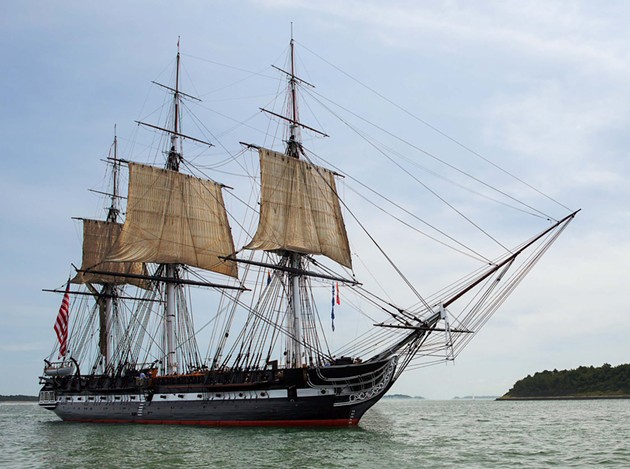 Courtesy of the USS Constitution Museum
The USS Constitution.
A Savannah native, U.S. Navy Airman Tasheyana Harden, is now serving aboard the USS Constitution − the world’s oldest commissioned warship afloat − with the crew of active-duty sailors who provide free tours and offer public visitation aboard the two-century-old sailing vessel. Now based at Boston’s Charlestown Navy Yard, the USS Constitution was authorized for construction by President George Washington in 1794, and was successfully launched on its third attempt in 1797. While the USS Constitution and its related museum are currently closed to visitors as a COVID-19 precaution, duty aboard the historic ship is one of the Navy’s special programs, and all prospective crew members must meet a high standard of sustained excellence and interview to be selected for the assignment.
click to enlarge 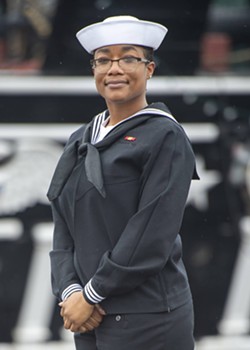 Courtesy of USS Constitution Public Affairs
U.S. Navy Airman Tasheyana Harden, a Savannah native now serving aboard the USS Constitution.
Since early January, Harden has been serving aboard the USS Constitution as her first duty station in her three months with the Navy. While Harden is originally from Savannah, she is a 2017 graduate of Luella High School in Locust Grove, Georgia. “The only way to make sense out of change is to plunge into it, move with it, and join the dance,” Harden said of her new assignment. Before the pandemic, more than 600,000 people were visiting the USS Constitution every year. The crew members support the ship’s mission by promoting the Navy’s history and maritime heritage, and raising awareness of the importance of a sustained naval presence. The ship earned the nickname “Old Ironsides,” during the War of 1812 after British cannonballs were seen bouncing off the ship’s wooden hull. The USS Constitution actively defended sea lanes between 1797 to 1855, including deployment in the Mediterranean during the Barbary Wars and serving as the Pacific Squadron flagship during 1839-1841. The USS Constitution was undefeated in battle, and captured or destroyed 33 enemy vessels. After years as serving as a training ship and receiving a significant restoration in Boston, the USS Constitution embarked on a National Cruise during 1931-1934, which included a stop in Savannah on Dec. 7, 1931. The cruise was a three-coast tour around the United States, with Savannah being one of 76 cities visited along the Atlantic, Gulf, and Pacific coasts. The National Cruise served as a show of gratitude to the men, women, and children who, from 1925 to 1930, made monetary and material donations to support the ship’s restoration. Schoolchildren across the country contributed pennies, nickels, and dimes toward a fund that eventually raised $154,000 for “Old Ironsides,” according to the USS Constitution Museum. More recently, the ship was designated America’s Ship of State on Oct. 28, 2009, by President Barack Obama. Seaman Katrina Mastrolia, USS Constitution Public Affairs, contributed to this article. 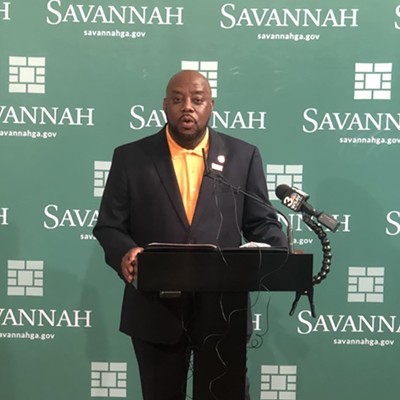