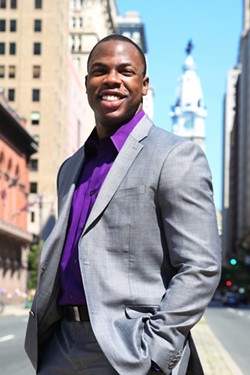 IF YOU live in Savannah and have never witnessed the Savannah Philharmonic live, shame on you. I say this as a rock bar slob who took forever to finally catch a performance (thank you, Connect cover boy and first principle oboist Andrew Ripley, for showing me the way!): change it up. Pull something nice out of the back of your closet, grab an equally dapper pal, and hit the town before 10 p.m. You don't need to be a classical music buff to be mesmerized by the Philharmonic's incredible crop of talent—hell, their performance of "The Creation" was the most metal thing I saw in the last year.

Plus, for those with champagne taste on a High Life budget, the Philharmonic strives to make their concerts accessible to all folks—Picnic in the Park is coming up, and it’s completely free, and a lot of their shows start off around a reasonable $16.

To kick off this season, the orchestra welcomes a very special soloist, double bassist Joseph Conyers. Currently acting as assistant principal bassist for the Philadelphia Orchestra, Conyers grew up in Savannah and graduated from both Savannah Country Day School and Savannah State University.

The native is, and always has been, equally fascinated by weather and music; all the way through college, he called in weather reports to his local station regularly.

“Weather completely fascinates me,” the animated Conyers says. “Its power, and how it can bring all of humanity to its knees.”

When he was commissioned to write a piece specifically for Conyers, composer John B. Hedges conducted an interview to learn more about the hot talent’s upbringing, interests, and the history of his family and region.

It doesn’t take an understanding of music theory to pick up on the weather-evoking vibes of “Prayers of Rain & Wind”—anyone who’s spent a summer in Savannah, stepping out into dank humidity at 9 a.m., dodging the coming storm, huddling in the house as the power gets knocked out from furious winds—will find relatable power in the texture of the music.

“Every movement has kind of a central cadenza,” says Conyers. “Each evokes a prayer, and almost all of them, it’s not necessarily about the heat itself—it’s more about the fact that it’s unbearable, and you can’t escape it, and you’re looking for some type of relief. It’s an analogy for many things in life.”

In the piece’s second movement, listen for instrumental reimaginings of Southern African-American hymns; after the final movement, you’ll even hear Conyers’ mother’s favorite, “Great is Thy Faithfulness.”

“Prayers of Rain & Wind” debuted in January 2008; Saturday’s performance marks the first time the piece has ever been performed in Savannah.

“I invite the listener to join us on this musical journey through these different emotions—from the oppressiveness of the heat to the soulfulness of the hymn in the second movement to the joy of life and exuberance in the last one,” invites Conyers.