Savannah Shakes wants you to Shrew

Auditions for Shakespeare’s Taming of the Shrew 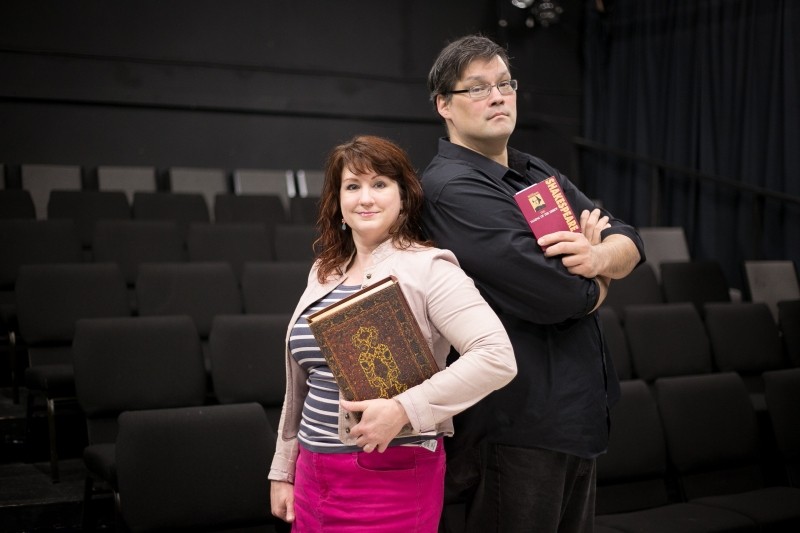 FEW would dispute that Savannah is undergoing an incredible cultural renaissance right now, with unprecedented local music, literary and performing arts activity at an extremely high level, both in quantity and in quality.

That said, if you were here about 10 years ago you might remember when thousands of people at a time would come out for the annual Shakespeare in the Park performances put on by City Lights Theatre and founders Jim Holt and Jody Chapin.

Those were turnouts not really seen for arts events in Savannah since then, except maybe at the occasional Picnic in the Park when the weather is absolutely perfect.

From Twelfth Night to Romeo and Juliet to Macbeth, the old City Lights performances became so popular over the course of two decades that they outgrew early venues in Washington and then Telfair Square to play to truly huge audiences in Forsyth Park.

The demise of City Lights Theatre and a difficult economy shut down the big Shakespeare shows, to be replaced by an equally high quality but much more diffused and tightly curated local theatre scene.

They hold auditions this March 29 and 30 for their inaugural show, Taming of the Shrew, and they want you to know about it.

“I had a wild hair of doing Shakespeare that would have that feel again,” says Chris Soucy, longtime veteran of the local theatre scene and many City Lights Shakespeare productions.

“This annual kind of fervor that people would get excited about and start talking about, and that brought people out of the woodwork to just be a part of it,” Soucy says.

“I miss that—I miss that kind of passionate citywide involvement in theatre.”

Sheila Lynne Bolda, who will direct the July Shrew production at Muse Arts Warehouse, explains the choice of the debut Savannah Shakes production:

“We had a meeting last year where we talked about Taming of the Shrew. I wanted to direct it post-World War II, when the men are coming back from the war and the women who were in the factories are suddenly told, OK, back to the kitchen you go,” Bolda says.

“Sort of a Rosie the Riveter vs. Captain America concept,” Soucy adds.

“What we’ve set up is a three-year plan, two shows a year, with the comedies in the early-mid summer for the tourists and the local crowd that doesn’t leave, and then the tragedies for the one-night gala/ball/awesome holiday affair in early December,” she says. “At the July show we’ll make an announcement of the next production.”

The three-year cycle will follow in chronological order in American time, all post-WWII through the 1980s. So the December show will be set slightly later than this July’s Taming of the Shrew, for example.

So why audition in March for a July show? Two reasons.

First, Bolda says, “the main reason for auditioning so early is every talent pool in this town, all their schedules are crazy. So it’s 13 weeks of rehearsal, but in fact it boils down to six weeks of actual rehearsal. Which you really need for Shakespeare.”

Secondly, Savannah Shakes hopes to incorporate an extensive social media component through the rehearsal process, to further engage audiences and build buzz for the shows.

“So you can follow the show as it evolves in rehearsals and open venues, maybe like Foxy Loxy courtyard or Daffin Park. We’ll invite people to come witness the process, and do a video blog where you can see interviews with actors and directors,” Soucy says.

“We’re living in a very transparent society where people expect to be able to see the process. We have the ability to show people it’s not just a bunch of people memorizing lines and putting on costumes. It’s a process,” he says.

“People place a higher sense of gravity on Shakespeare in many ways. But it’s beautiful to watch people realize that it’s not necessarily as complex and complicated and difficult as we’ve wrongly come to accept.”

With what seems to be the end of the great recession, Soucy and Bolda both say the time is finally right for Shakespeare to make his big Savannah comeback.

“It was such a solid experience—every year people would come out for it, because it’s Shakespeare. Then at some point it seemed like everything conspired for it to be time to give it a rest,” Soucy says.

“But it’s been long enough.”