Violet was a unique musical when it first opened in 1997, and it remains just that today. The show, based on a short story by Doris Betts called "The Ugliest Pilgrim," features music written by the acclaimed, Tony-winning composer Jeanine Tesori and tells the story of the titular Violet traveling across the South in 1964 to meet a televangelist who she hopes will help her heal a scar on her face.

The musical is full of songs that range in style from gospel to bluegrass and other American roots genres. It’s a unique story with powerful songs, and Savannah Stage Company is bringing it to the Clyde Venue starting on Thurs., July 11. Ahead of the show’s opening, we spoke to star McKenna Lyons. 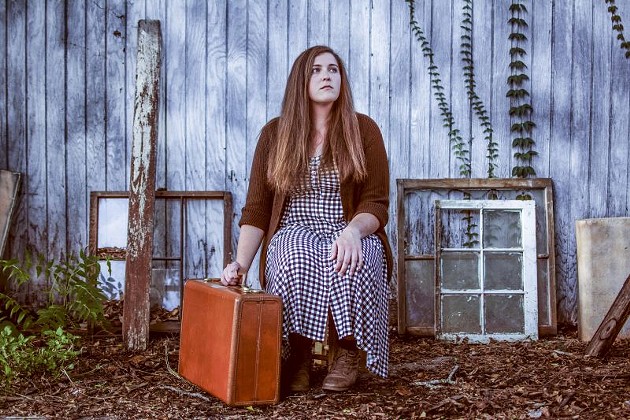 This seems like a really unique show. For anyone unfamiliar, what’s the story about and how do the musical elements come into play?

Lyons: This is the story of a young woman who has what she refers to as a "disfiguring facial scar." She embarks on this cross country journey, on a Greyhound bus, to seek a televangelist who she hopes will heal her. Our musical director, Megan Blanton, says that as we move along through the South on this journey, there's a specific style of music for each stop we take.

There’s bluegrass, there are rock and roll sounds in here, there’s some gospel when she finally gets to where the televangelist is. There’s a great mix of music, I think.

How long have you been involved with Savannah Stage?

Lyons: I moved here three years ago, and I did not move to Savannah with the intention of pursuing theater [laughs]. But I ended up getting involved in a community production, and eventually found my way to Savannah Stage Company. I auditioned for them, in hopes of participating in one of their summer musicals. I initially wasn't offered anything, I was just a company member. So I went to the monthly acting labs, where we all got together and explored a different element of our craft.

Through that, I actually got offered a role in Call of the Wild. That was my first show with them. And I’ve been doing shows ever since! I performed with them through their fifth season, which was the season of values. Last year was their season of service, and now we’re in the season of bravery.

That’s really cool that you ended up in this world almost unintentionally. When you come here to Savannah, you definitely find your people and find your “thing.”

Lyons: Oh yeah! You sure do [laughs].

What's one thing about your character that you've enjoyed so far? And is there something you get from playing Violet that you haven't gotten from roles in the past?

Lyons: One thing about playing Violet is that it's just a singular character. In a lot of shows I've done, I've had to take on several different characters in one show. It's nice to explore this character, because she's just so beautifully complex. You really get to see her life change in this hour and a half. I love exploring how strong she is, but also how vulnerable she is. 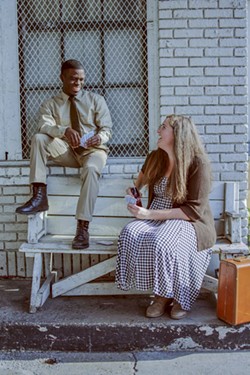 Is there a song in the show that's a favorite of yours?

Lyons: One of my very first songs in the show is one called "On My Way." It's performed with the whole company. It starts off with Violet—she's finally made it onto the bus and she's just about to leave her hometown. But there are other people on the bus who are about to embark on journeys on their own. So we're all singing this song together. It's such a lovely piece of music, too.

We’ve also got a choreographer who’s giving some very specific-yet-human movements to this song that gives another level of beauty to it.

Is there anything else you wanted to add about the show?

Lyons: One thing I'd like to add is that tickets are "pay what you can." So if people can't afford the ticket price of $18, they can still come. If there are still seats available once everyone who bought tickets have been seated, they can pay whatever. So if you have $1 and you want to see the show, you can see the show. Savannah Stage Company is all about accessible theater, and I think that's a great value that they have.