SAVANNAH STOPOVER ANNOUNCES the first wave of artists for the 2019 Savannah Stopover Music Festival, taking place from March 7-9 throughout the city. Indie darlings Deerhunter were previously announced as the festival's headliner, and there's a whole host of artists joining them for the first wave of announcements this morning. 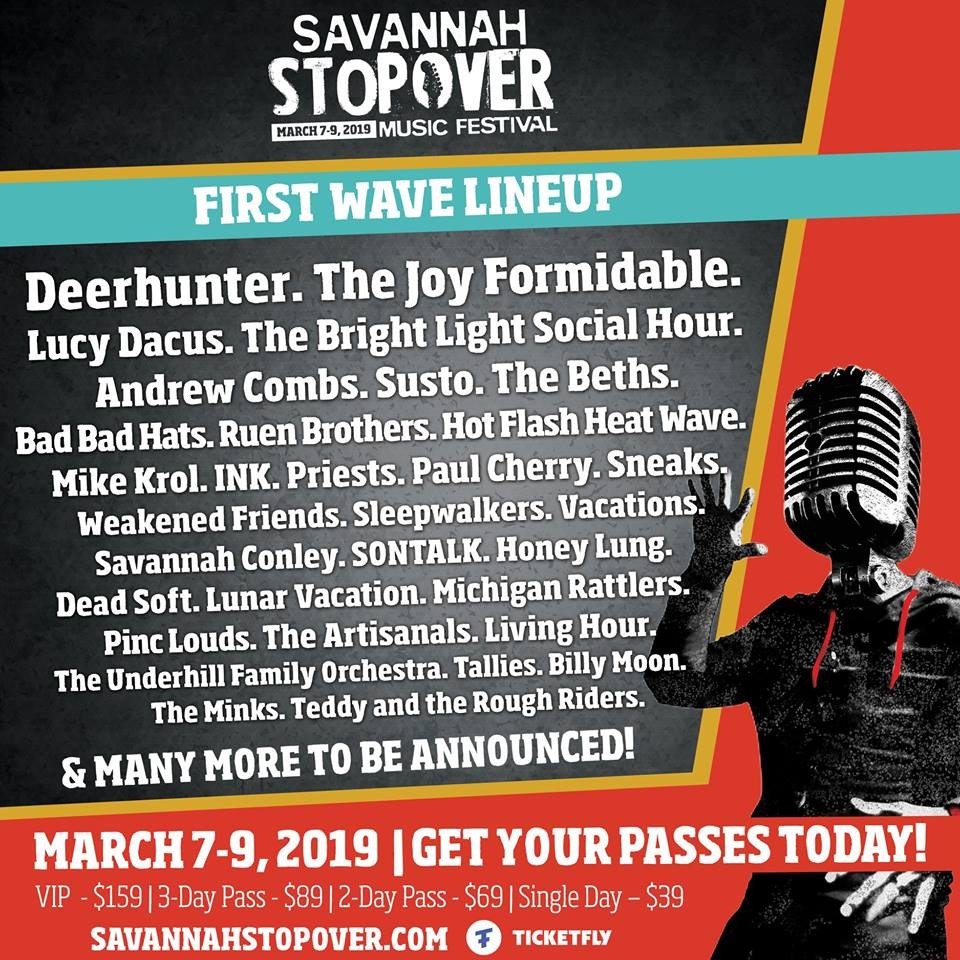 Just 32 artists were announced in the initial wave of performances, with another round of announcements set for early next year. The upcoming Stopover will feature eight international bands among the jam-packed lineup, and local bands will be announced in January.

Festival passes are on sale now, though 3-day Earlybird and VIP passes are sold out.