Los Angeles-based musician Lola G. is the mastermind behind Death Hags, a bass- and synth-heavy solo project that’s set to take the stage at Club One on Saturday.

Death Hags’ latest release, “Big Grey Sun,” is an ambitious project: it’s a seven-part multimedia project that will be released as a series over the next two years. The first volume was released on the winter solstice, January 31, and feels like a swirling dream.

We talked with Lola over email last week. 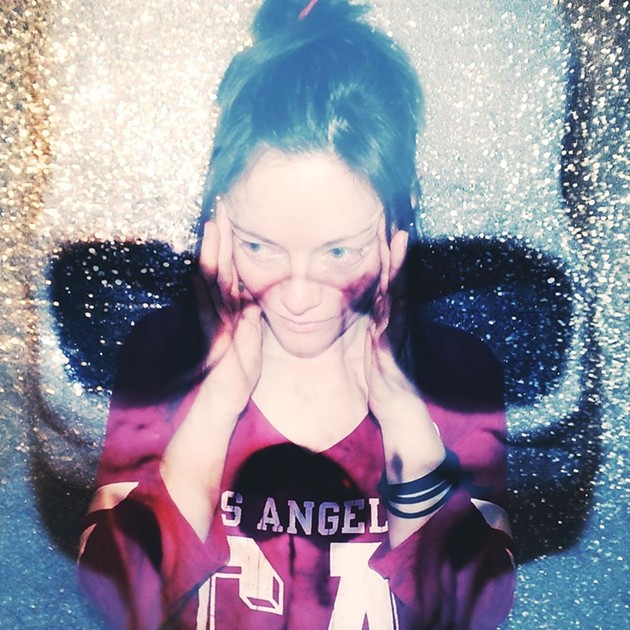 Tell me about your musical history. Has this always been your sound?

I’m still looking for the sound... It’s one of the themes in Big Grey Sun – searching for that elusive sound like Don Quixote battling the windmills. I’m always puzzled by bands or artists who sound exactly like other artists or fit neatly in a particular genre, intentionally. Most people function that way but I can’t do that.

How did you begin this project?

Death Hags started out with the idea of doing something different, but that’s easier said than done and when you get there, sometimes you realize it’s not what you wanted. It’s been a long process of self-discovery.

The idea of the Big Grey Sun seven-album project started out after a week of crisis where I was bitten by a dog and spent a few days delirious with a high fever. It triggered a lot of ideas that were gestating and I realized all the songs I was writing, although very different, were part of a giant vision quest.

How long have you been making music?

I don’t really know honestly, I think in terms of cycles, and I’ve been through two or three death and rebirth cycles.

That’s always a tough question. There are bands and artists that have most likely shaped the way I write songs, all-time favorites like Broadcast, Wire or Buzzcocks. The artists I admire most are the ones who are their own genre, people like Brian Eno, J. Dilla, Björk. Prince, obviously. But I don’t know how the influencing works. It’s a mysterious process.

I tend to obsess over things, like the Joni Mitchell song that plays during the funeral scene in the movie Alice’s Restaurant. Or the new Yves Tumor song. But I’m just as influenced by other things that are important to me, like the way trees communicate, mushroom networks, futurism, film and literature – Godard, Marguerite Duras, sci-fi writers like Octavia Butler or Ursula K. Le Guin.

If I had to pick one music genre it would have to be psychedelia. It’s the only genre wide and flexible enough to accommodate everything I love.

Your sound is so unique. Tell me about how you got there and how the sound is made.

Thank you! A lot of what I’ve released so far, I’ve recorded/produced myself at home, but I'm moving to a studio phase. It’s tempting and sometimes extremely rewarding to do everything yourself, but when you’re lucky enough to find an engineer who is on the same wavelength, it’s almost magical. So I want to do both. My next release will have tracks recorded in two different studios—one in Italy, one in Los Angeles—and some home recordings.

LA has changed quite a bit recently. A lot of musicians have moved here and there are many scenes now, many more places to play, which is both good and bad. Darkwave/coldwave has become huge, which wasn’t the case before. Same with synth pop. There’s always been a lot of music here obviously, but there was always this idea that LA wasn’t as cool as NY. Of course, the secret is that LA was actually much cooler than NY so now people have caught on.

The downside being that LA is now expensive. I personally don’t like scenes; they feel insular and suffocating so I stay away, but I do pop my head in from time to time. That’s the beauty of LA though, people don’t really care.

What do you hope people take from a Death Hags show?

My ultimate joy would be to expand their mind and melt their heart at the same time. Or at least transport them to another dimension. I’d like to be a mind/heart altering machine.