Don’t know quite what you’re gonna hear at Savannah Stopover Music Festival? We corral the sounds so you can pick your tune and find the shows you want to see!

Caveman. This New York quartet, who came to prominence on tours with The War on Drugs, Jeff Tweedy, and Weezer, has spent seven years forging an eclectic indie-pop sound. Caveman’s 2016 LP Otero War showed the band maturing with emotional drama and memorable melodies.

Ezra Furman. With a voice not unlike that of Violent Femmes’ Gordon Gano and jangly, upbeat compositions, Ezra Furman brings a one-of-a-kind style to the stage. 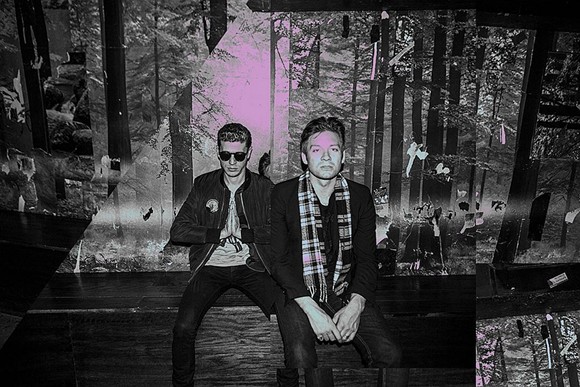 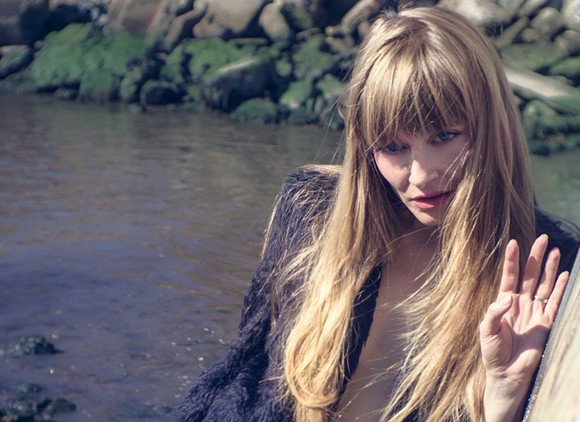 Wolkoff. The Brooklyn electro-pop star returns to Stopover. Since we last saw her, Wolkoff released two singles with The Hood Internet and shared a second album, Without Shame, produced by Grammy-award winning engineer Ariel Borujow.

The Undercover Dream Lovers. The woozy indie/psychedelic rock project of Matt Koening started the year strong with a sold-out show at Rough Trade in Williamsburg, Brooklyn and head South on their way to SXSW.

The Dig. With psychedelic swells and soaring synths, The Dig arrive in Savannah with a fresh LP, Bloodshot Tokyo. 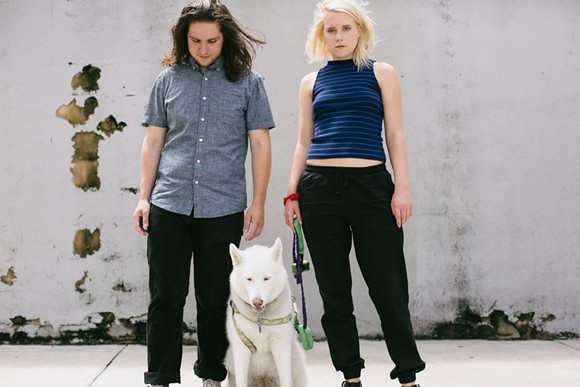 Vita and the Woolf

Vita and the Woolf. Vocalist Jennifer Pague channels neo-soul inspiration with Florence Welch-style powerhouse vocals on a bed of synth-pop.

GGOOLLDD. Milwaukee four-piece GOOLLDD started out as an excuse to throw parties and grew into an electro-pop band that kicks out anthemic, sweeping hits.

Kishi Bashi. Multi-instrumentalist Kishi Bashi got his start as a touring violinist for Regina Spektor, of Montreal, and others; now, he crafts stunningly lush orchestral pop of his own. His latest LP, Sonderlust, came out last year. 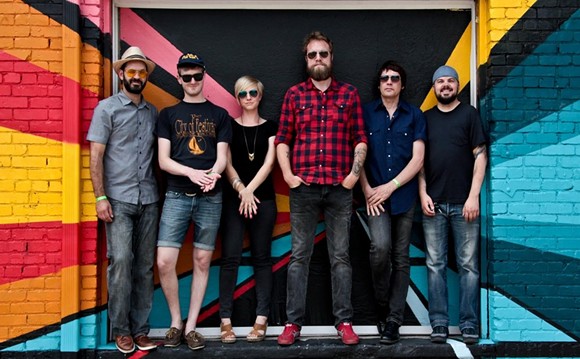 Saw Black. Tracked in a basement studio on an 8-track tape machine, Saw Black’s Azalea Days is garnering the attention of many tastemakers.

Frances Cone. The four-piece has been likened to Fleetwood Mac and The Head and the Heart for their rich harmonies and guitar melodies.

Gracie and Rachel. Orchestral pop comes to life with this piano-violin duo. 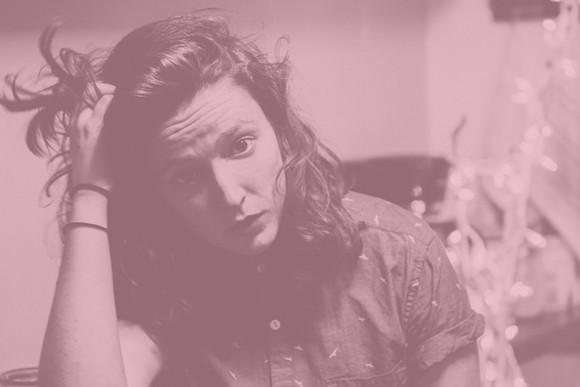 pronoun. pronoun’s intimate blend of synth-pop, indie, and guitar-pop on the EP “There’s no one new around you.” caught the eyes and ears of seemingly everyone. 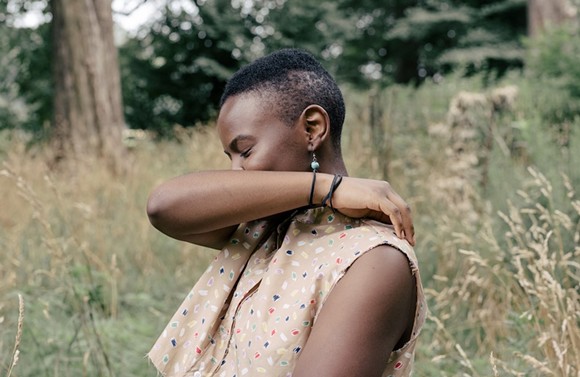 Lillie Mae. Lillie Mae’s latest, the Jack White produced Forever and Then Some, captures her storyteller spirit and mountain-inspired brand of Americana.

Country Mice. The very first band Stopover ever booked for the inaugural festival has reunited! 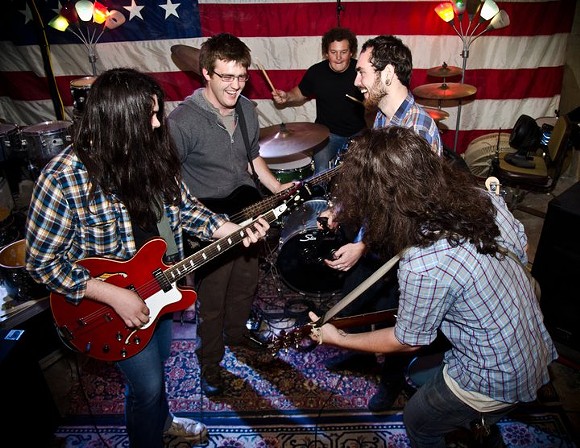 Kelsey Waldon. Country crooner Kelsey Waldon garnered attention with 2016’s I’ve Got a Way; she’s the star of Stopover in the Yard during the festival. 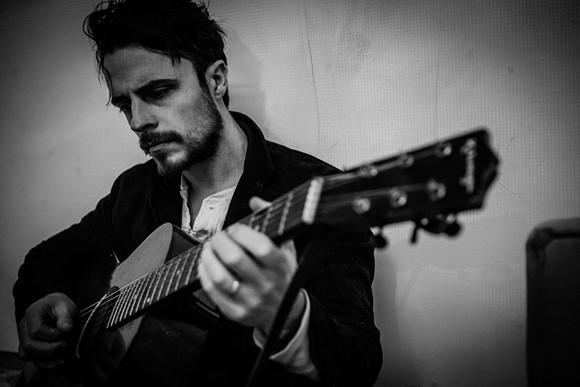 The Bones of J.R. Jones

Lulu the Giant. Savannah’s own Lulu the Giant is a tough one to categorize—jazz, blues, pop, roots and country bleed into singer-songwriter/upright bassist Rachael Shaner’s sound—but it’s all very distinctly Southern.

Lyn Avenue. The Savannah country band has been dishing out radio-ready pop-country for some years now.

The Britanys. The Strokes for a new era, The Britanys feature former Savannah resident Lucas Carpenter of projects like Triathalon, Breakers, Saint Corsair, and more. 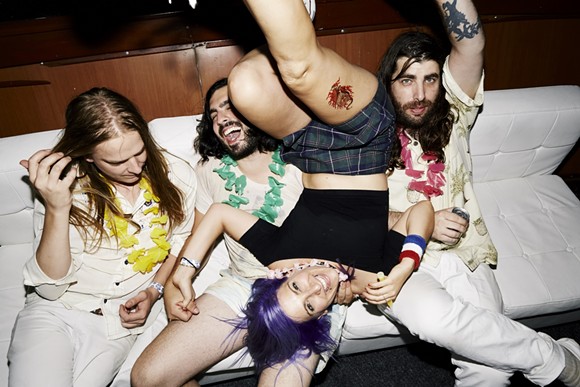 High Waisted. Surfy, vintage, and wildly fun, NYC’s High Waisted have captured many an audience, from beer soaked dive bars of Brooklyn to the packed crowds of Riot Fest.

Tim Darcy. Somewhere between Lou Reed’s swagger and Johnathan Richman’s wry pop, you’ll find Tim Darcy. The frontman of beloved Montreal band Ought brings his own tunes to the festival.

Best Behavior. The NYC band came through and played Sulfur Studios this year for Generation Pill’s album release party. It was one of the most entertaining shows Savannah’s seen in a while, full of stage antics and toe-tapping hooks, and it’s good to see the band return to The Hostess City. 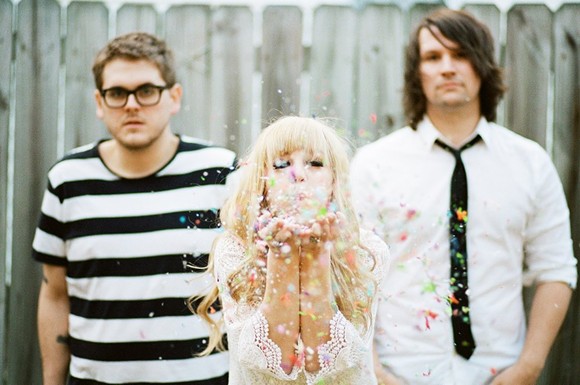 Wreckless Eric. The ‘80s new wave hero behind the hit single “Whole Wide World” is back in Savannah!

Floco Torres. With 21 releases available and no signs of stopping, Floco Torres is a hip-hop artist by trade and a songwriter, producer, bassist, director, and project manager. 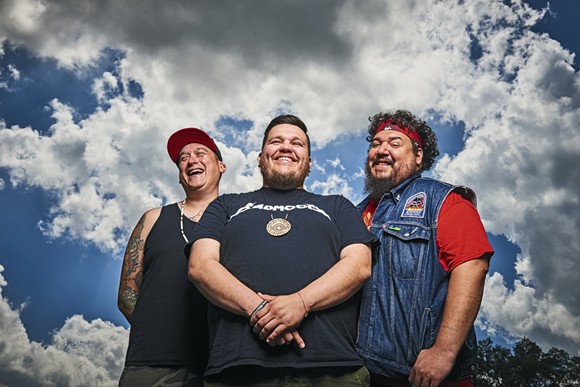 Miggs Son Daddy. The “Illest Illustrator” and Dope Sandwich member may have left Savannah for Philly earlier this year, but that’s not stopping him from returning for a hometown show in the name of Stopover. 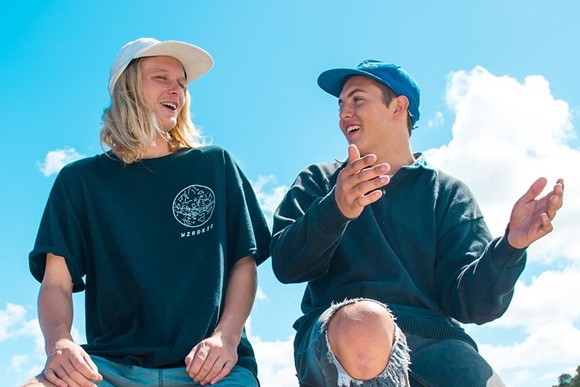 The Paperhead. Nashville trio The Paperhead recall the psychedelic ‘60s in their bright arrangements. 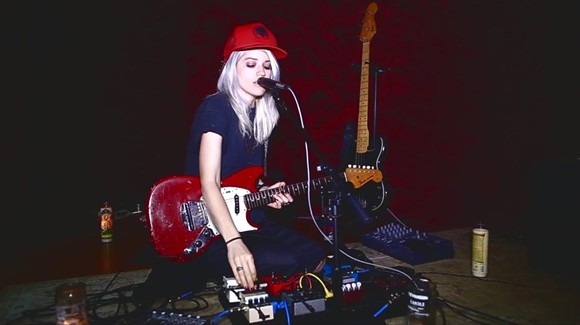 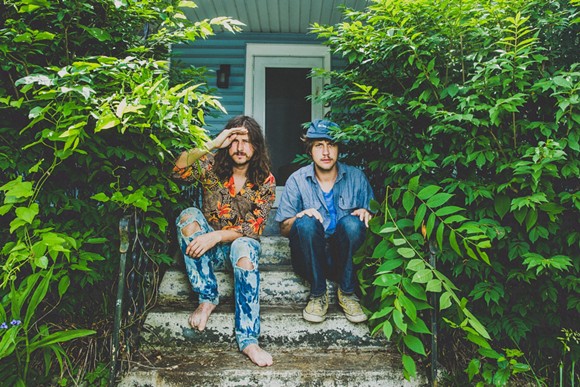 JEFF The Brotherhood. Infamous sibling duo Jake and Jamin Orrall stared playing their psych-influenced garage rock in high school and have released a stream of successful albums since their raucous debut.

Crocodiles. Shiny and sleazy and fuzzy to the max, Crocodiles brings together Charles Rowell and Brandon Welchez—formerly of the Plot to Blow Up the Eiffel Tower—for a delicious lo-fi confection.

Chain of Flowers. Wales post-punks Chain of Flowers have been heralded as one of the finest young acts in the genre to break out in years, earning them opening slots with likes of The Fall, Chameleons, and Ceremony.

Daddy Issues. The Nashville trio has won hearts in audiences and the Internet for their witchy, grunge and surf-inspired feminist fuzz-pop. 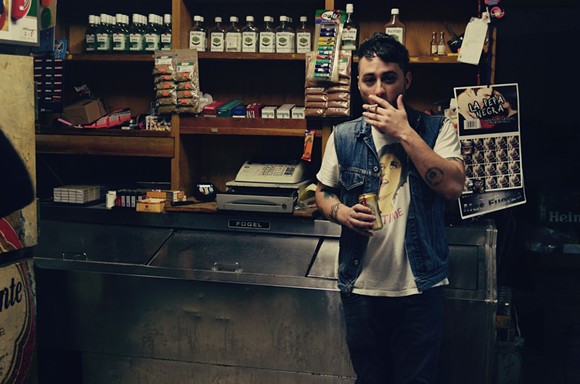 AJ Davila. Gaining garage rock notoriety as frontman of Dávila 666, San Juan, Puerto Rico’s AJ Davila struck out on his own with a solo album. Since then, he’s continued to release cheery garage rock anthems that are just plain fun.

McLEOD. The Savannah band dishes out a space-rock/psychedelic rock sound.

Isaac Smith. Singer-songwriter Isaac Smith, whether he’s performing solo with an acoustic guitar or with a full band, always enchants his audience. 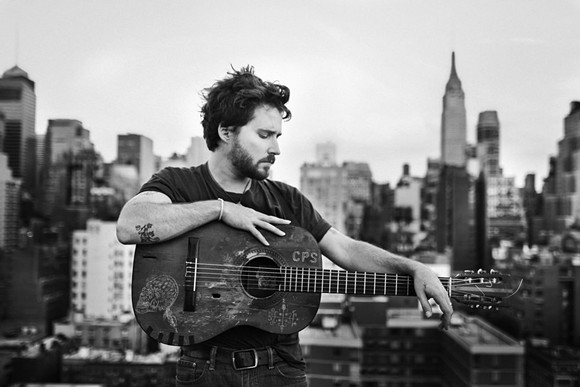 Cicada Rhythm. The Athens duo has already charmed Savannah audiences with their lush, Julliard-trained arrangements and the Georgia natives are back to enchant again. 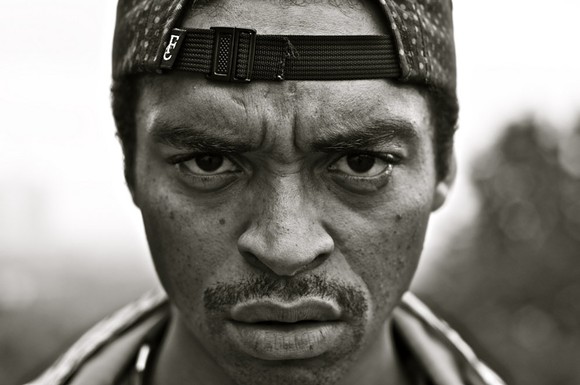 San Soma. Inspired by the likes of James Blake, TV On The Radio, and Bon Iver, Cody Samson’s makes meditative, sultry songs with a darkness to them.

Lee Fields & The Expressions. Read our interview with the fabulous Mr. Fields here.

Curtis Harding. The Atlanta vocalist’s been featured on several remixes from OutKast and has acted as a backing vocalist for Cee Lo Green. After teaming up with Black Lips guitarist Cole Alexander, and releasing an album on Burger Records as Nigh Sun, Harding struck out on his own, releasing a solo album, Soul Power, with vintage soul structure and garage edge.

Lawrence. Siblings Clyde and Gracie Lawrence were raised on Stevie Wonder and Janis Joplin, and their original work shows their soul hearts shining through. An accomplished composer, Clyde’s the youngest member ever admitted into the Songwriters Guild of America for his work on Miss Congeniality when he was—seriously—six years old (remember the “Miss United States” anthem in that movie? That was all him). 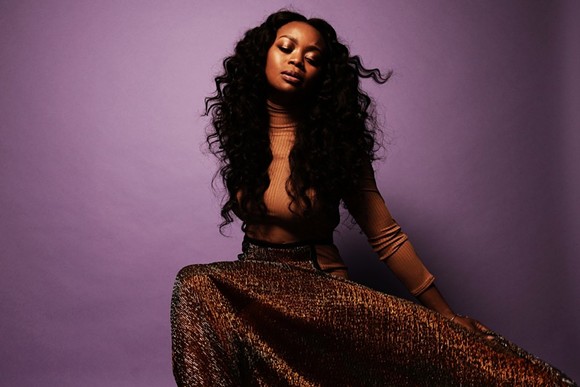 Ruby Amanfu. This Ghana-born, Nashville-based singer-songwriter was singing professionally in the Nashville Symphony Orchestra by the time she was a junior in high school, was collaborating with and writing for artists like Kelly Clarkson, Justin Guarini, and the Duhks while competing on NBC’s The Sing-Off in 2011, and performed in Jack White’s touring band. After duetting with White at the 2013 Grammy Awards, the spotlight turned on Amanfu as a solo performer. She released an LP, Standing Still, in 2015.

Alanna Royale. The soul-shaking Tennessee songstress is back with her band to make Savannah dance ‘til they’re sore. 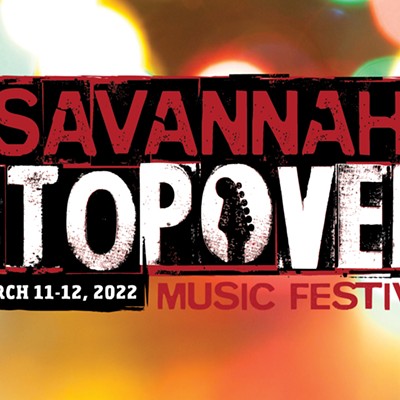 Festival culture in the 'Boro 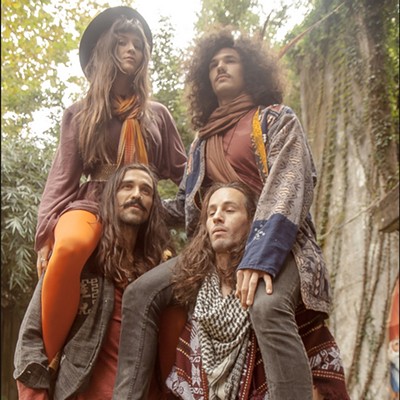