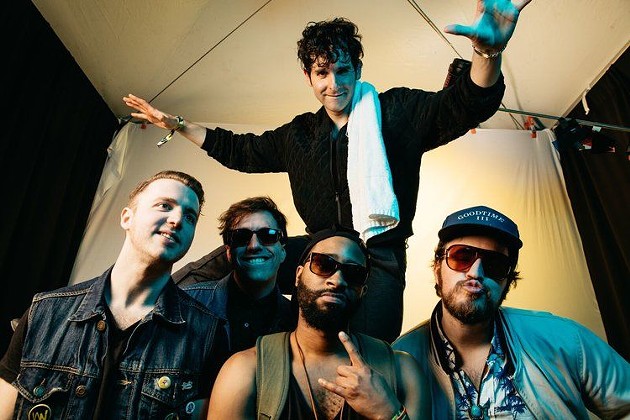 PRETTY much every band gets encouraged to make music by fans, friends and family. But few get that kind of support from the President of the United States.

But that’s just what happened for Low Cut Connie.

In 2015, President Barack Obama put “Boozophilia,” a 2012 song from the Philadelphia-based rock ‘n’ rollers on his summer playlist, eventually landing band leader/singer/songwriter/showman Adam Weiner an invitation to meet the president.

“That was mindboggling,” Weiner tell us. “It really is an amazing thing because we’re a DIY band. I had to start my own label because no one would put out our records. I don’t have a manager. We’re just doing it ourselves.

“When I met President Obama, he said ‘he said to me ‘Hey, when’s your next record coming out?’ I told him we’re working on it. He said, ‘Well, I like what you do. I like your style. Keep it up.’ For a guy who doesn’t make a lot of money and is working so hard, it meant the world to me.”

That next record, Dirty Pictures (Part 1) came out in the spring of 2017. The disc is kicked off by the song “Revolution Rock ‘n’ Roll” on which Weiner pledges himself to the real rock ‘n’ roll that has driven his life for most of a decade.

“This is a crazy life, this rock ‘n’ roll life I lead,” Weiner says. “It’s a dangerous life, very messy. It’s tough on your body, tough on your spirit, tough on relationships. A lot of people quit. A lot of people don’t make it. I’m still here. I haven’t achieved a very high level of success, but I’m somewhere. I was just looking at it as a rededication of myself to what I do. With ‘Revolution Rock ‘n’ Roll’ I wanted people to know I’m here as long as I can do it.”

A piano player par excellence, Weiner was working in New York piano bars when, in 2010, he assembled the band that became Low Cut Connie.

The fledgling group, which works out of Philadelphia, traveled to the Florida garage of one of the members to record some song that became, intentionally or not, the band’s debut album.

“We didn’t have a name for the band or any experience. I pressed up about 200 CD-R copies of what we’d recorded and sent them around,” he says. “A couple weeks later, Robert Christgau, who was at the Village Voice then, gave it an A-. The next thing I knew, we’re in Rolling Stone, on NPR, USA Today, Guitar World and on and on, and we hadn’t played five shows.”

Taking its name from a waitress known for her low cut tops, the band released the recordings as “Get Out the Lotion” and followed that album with 2012’s Get Me Sylvia and 2015’s Hi Honey—all critically acclaimed.

Then came the Obama playlist and, after the release of Dirty Pictures (Part 1) another “out of left field” endorsement of the band—this one from Elton John.

John started playing the song “Dirty Water” on his radio show, then called Weiner out of the blue.

Soon thereafter, the two were talking piano on the show, exposing Low Cut Connie to listeners who likely had never heard of the band until John started playing its music.

That kind of attention, starting with the 2010 reviews, put the pressure on the then-inexperienced Low Cut Connie to deliver the goods live.

Bashing away on an old upright he calls Shondra, Weiner recalls the work of piano greats past.

Then there are the two quasars of rock ‘n’ roll piano—Jerry Lee Lewis and Little Richard.

“Jerry Lee Lewis is a world in and of himself,” Weiner said. “Ain’t nobody ever going to touch Jerry Lee for rock ‘n’ roll. He and Little Richard are like 10,000 firecrackers going off all at the same time.”

“She’s singing amazingly with us,” Weiner said. “I don’t think 6, 7 years ago, somebody from Sharon Jones and the Dap-Kings would want to be in our band, musically, professionally, everything. I think we’ve come a long way. And with her, the show’s gotten a lot more powerful, soulful, more dynamic.” 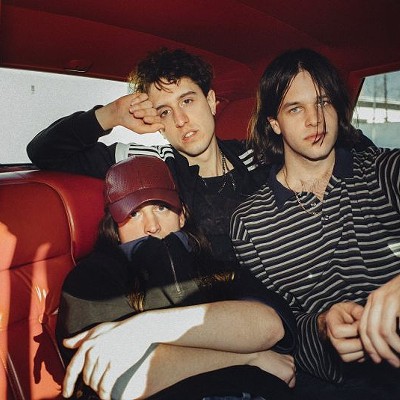