Savannah Taphouse touches down on Broughton 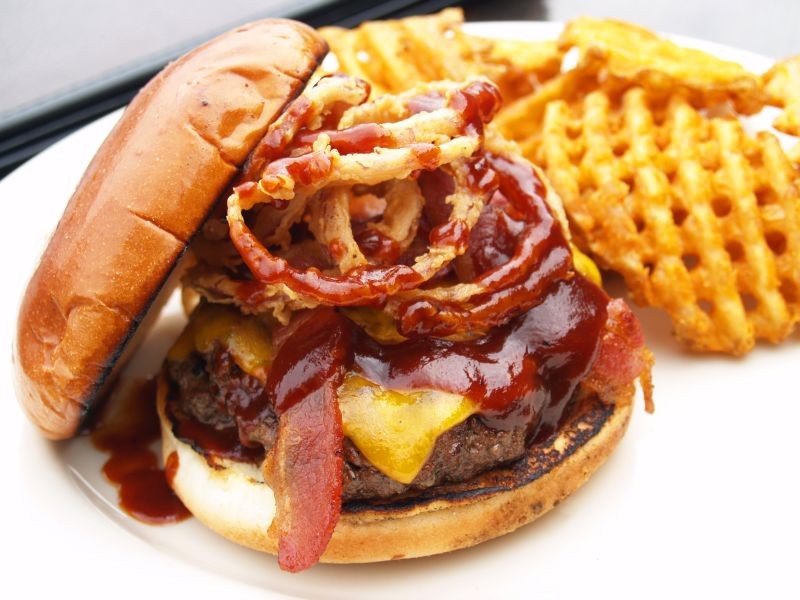 The BBQ Bacon Cheeseburger is made with 100 percent certified Angus beef.

SPORTS FANS probably already know that Pittsburgh Steelers quarterback Ben Roethlisberger is one of the backers behind Savannah Taphouse, opening this week on Broughton Street.

Roethlisberger won’t be around to bless your Fantasy Football picks at least until the season’s over, but NFL groupies can watch him snap the ball on 80-inch screens as they bask in the shadow of his jersey hanging on the wall.

The Super Bowl pro and his business partner Scott Kier own six restaurants in the greater Charleston and Myrtle Beach areas and hope to parlay the success of their upscale sports bar scene in the Hostess City.

“Savannah is very similar to Charleston, which is where King Street Grille originated,” said Kier in a press release regarding their first hotspot that has won the “Best Sport Bar” award from Charleston’s City Paper for 10 straight years. 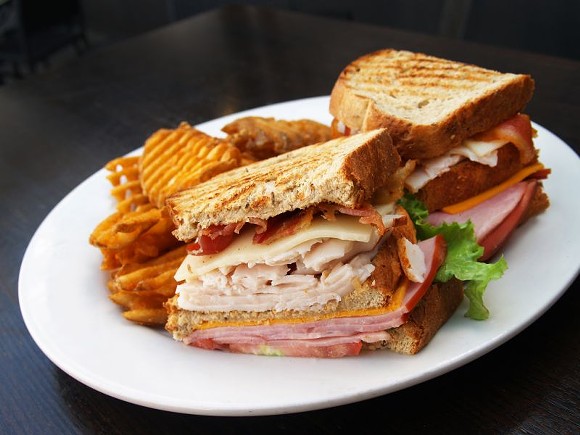 Anyone can become a member with Savannah Taphouse’s take on the Club Sandwich.

“We saw the need for a concept like ours in the area.”

The venture has found solid local cred in the unique venue of the historic Avon Theater, where assistant general manager and Savannah native Jerry Bacon used to watch movies on Saturday afternoons in the 1960s.

“I remember when you could get in with six Coke bottlecaps!” laughs Bacon, a 30-year veteran of Savannah’s hospitality industry. 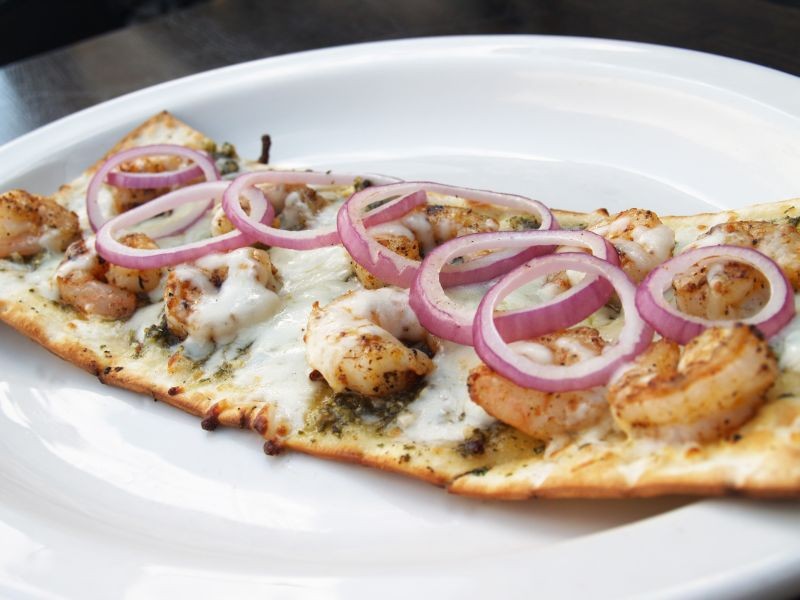 Go beyond pizza with the Pesto Shrimp flatbread

He’s been delighted to see the façade of the old Avon restored to its former glory with a fresh coat of paint and a fixed-up marquee, but the real excitement comes from what’s new on the inside.

While several restaurants have come and gone from this location in the past few years, the Taphouse is the first to reveal the space’s true architectural majesty.

The front windows have been replaced, and layers of paint and drywall have been taken down to uncover ancient brick walls and original terrazzo floors. The long-neglected second level now has a new staircase that leads to an airy mezzanine with exposed beams. Thick pipes along the wall keep the bar flowing with a continual supply of craft brews, and chocolate brown leather booths gleam in the amber glow of a mosaic constructed from beer bottle glass.

The result feels like a posh, post-industrial saloon with a retro private club vibe, where you might want to wear your team swag with your best pair of jeans.

And let’s not forget the screens: Six are 80 inches, five are 65 inches and the rest (28 in all) are still big enough to see the grass stains on the linebacker’s knees, guaranteeing that whatever your game is—football, hockey, ice-skating, whatever—it’ll be in hi-definition. 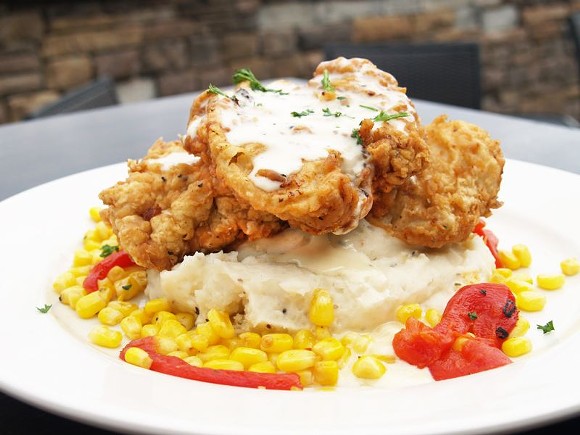 Executive chef Lawrence Rice borrows his recipe for fried pork chops and garlic corn succotash from his grandmother, serving it up with seasoned mashed potatoes.

“If there’s a purchasable sports package, we have it,” assures marketing director Jyles Sosa.

“We literally have every channel there is.”

Sosa has helped Kier and Roethlisberger open several King Street Grilles. He believes that while the walls of TVs and wide selection of beers satisfies customers just fine, the real success of the concept is in the food.

“We consider ourselves a restaurant first,” says Sosa.

“Obviously, we have nachos and wings, but our sandwiches and entrées are legit.”

Among those bona fide dishes are sweet tea fried chicken, smothered in an orange pekoe reduction and served with spiced mashed potatoes, and fried pork chops topped with garlic corn succotash. Pork belly with pickled Georgia peach mostarda and a turkey melt on brioche are among the sandwich options, and flatbreads stretch beyond pizza with buffalo chicken and Cuban selections.

Burgers are made from 100 percent certified Angus beef and creatively interpreted, especially in the Texas Heart Stopper, heaped with cheddar and gouda cheeses, bacon and a fried egg on grilled Texas toast. Greener eaters will appreciate the build-your-own salad menu, boasting a cornucopia of chopped ingredients to mix into a meal-sized bowl.

The Savannah Taphouse menu could be described as the NFL version of American comfort food—top ranked ingredients executed with precision strategy. At the behest of executive chef Lawrence Rice, everything is “scratchmade,” from the hand to the mac ‘n’ cheese egg rolls to the sauces and rubs for those requisite nachos and wings.

“A lot of these recipes came from my grandmother,” says Rice, who has combined his passion for home style cooking with a love of sports since childhood.

“Every Sunday during football season, we’d have a little 12-inch TV set up at the end of the table.”

As Roethlisberger takes on the Bengals’ defense on the field this week, Rice, Sosa and the rest of the Savannah Taphouse team break the huddle for their own kickoff.

With a combination of proven business model, robust menu and sumptuous locale, Rice believes they have a winning game plan.

Mixing up sports metaphors, he says with a grin, “We’re gonna knock this outta the park.”