Savannah to serve as test market for U.S. Census

Register for the test at www.census.gov/2015 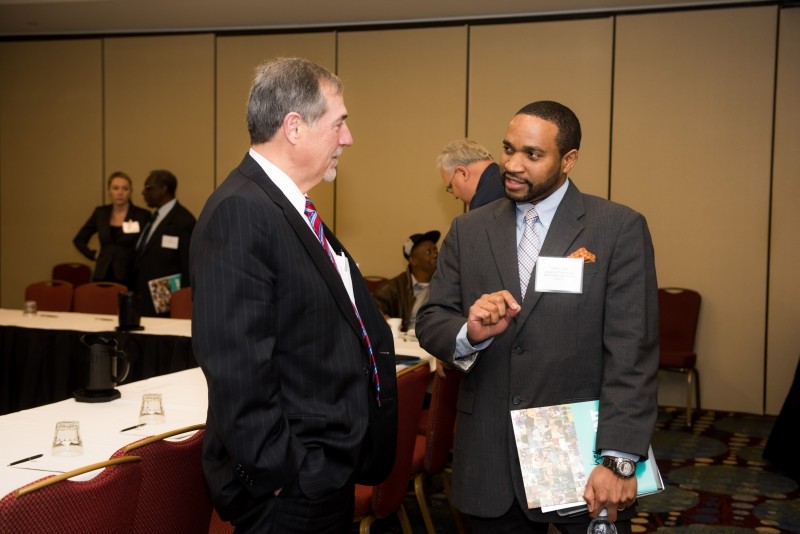 EVERY ten years, the U.S. Census Bureau is tasked with tallying every American.

To streamline the process and reduce costs in 2020, the government is testing new ways to count its citizens—and Savannah is the laboratory.

For decades, folks have responded to the census through the U.S. Postal Service, filling out a form and sending it in the old-fashioned way. To track those slow to answer, the Census Bureau would then employ thousands of extra workers to collect information door-to-door.

The bureau will use the internet for the first time in 2020, asking Americans to fill out questionnaires using a computer or smart phone. A reduced force of census workers will then follow up as necessary with tablets and other handheld wi-fi devices. The new system is expected to save taxpayers $5 billion.

“This isn’t cutting edge. This is technology most of us already use quite frequently,” says U.S. Census Bureau director John H. Thompson, who was in Savannah recently to discuss a test run of the campaign.

“In our mobile society, this is how people will respond to the census.”

To make the next Census as convenient as possible, Thompson and his team understand that it’s important to work out any snags early. They chose Savannah and its surrounding areas as one of two test sites that will dictate how the rest of the country will hear about the 2020 Census. Data collected from Savannah will be used to assess the efficacy of the Census’ early-response campaign; the other test site in Maricopa County, AZ will focus mostly on “non-response follow-up.”

Approximately 338,000 households currently exist within the test area, a total of 923,000 people. The ethnic breakdown shows as 59 percent white and 30 percent African American; Hispanic, Asian and other groups compose the remainder.

The Census collects basic information about age, gender, income and ethnicity to help determine new infrastructure, how to allocate funds and dozens of vital statistical uses. Participation in the Census is required by law, though there are always those who don’t want the government to know where they live, let alone that they even exist.

Thompson hopes that an emphasis on building community partnerships will increase early participation. Reverend Thurman Tillman of First African Baptist Church will help spread the word through churches and neighborhood groups throughout Chatham County and will head several events in the coming months.

“People respond to something when it comes from someone they trust,” says Tillman.

Local organizers have also reached out the Latino community, and Spanish versions of all Census materials are available online.

Moving Census operations online seems like a clear choice. The White House reported in 2013 that 98 percent of Americans had access to basic broadband, and other studies show that 80 percent have internet access at home. An average of 72.9 percent of households in the Savannah area have internet subscriptions, but that statistic that drops dramatically in rural areas.

“I think the numbers where I live are far lower than that,” considers Jeff Davis Ledger editor Tommy Purser of the internet-connected households in his hometown of Hazelhurst, GA.

A hundred miles from any urban center, Jeff Davis County is one of the most remote spots in the test area. Purser anticipates the challenges of getting his neighbors to participate and plans to use the Ledger to help the Census 2015 test campaign reach residents.

“Some people don’t understand the importance of this,” he said. “But we’re going to partner with folks and do our best.”

Citizens can currently sign up for email or text alerts through the “Notify Me” at www.census.gov/2015, and the entire Census questionnaire can be completed from March 23 through May 31. The test data is only being collected to help design the final system and will not be kept as official statistics. (Yes, you’ll still have to fill out the official Census in 2020.)

The test just takes a few clicks, and Thompson reminds that Savannah and its surrounding communities have the chance to help the rest of the country stand up and be counted.

“The primary focus of this test is to figure out how to motivate people to respond via the internet.”