A sweet and sour play examines a forced economy of words 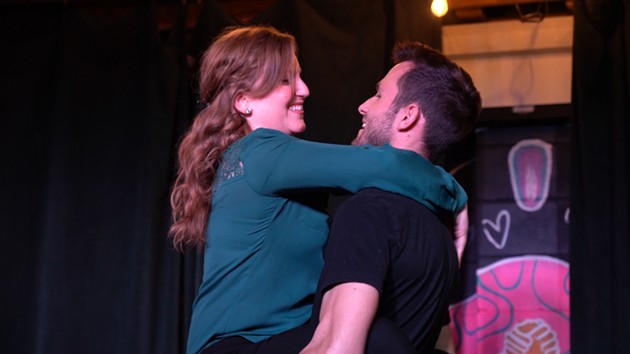 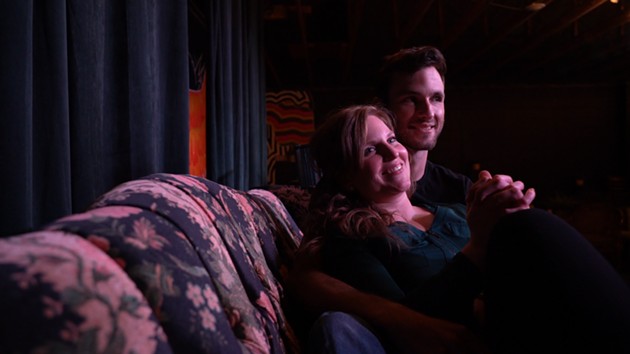 Courtesy of Front Porch Improv Theatre
'Lemons Lemons Lemons Lemons Lemons' stars Hannah Chiclana as Bernadette and Sean Harber as Oliver.
This production marks the first play staged by Savannah’s young improv company. “Comedy is our thing, but we are a place for art and theater. We would like plays to be a regular offering,” Brennan said. For Brenden, the show’s director, Lemons Lemons Lemons Lemons Lemons is his straight-show directorial debut. “I’ve directed many comedy shows, but this is my first play and it’s my type of story. It’s intimate, compelling, and funny. I’m very thankful Hannah asked me to do it,” Brenden said. It is also Harber’s theatrical acting debut. He and Chiclana met at the end of 2019 as company members appearing in The Happy Hendersons, a 1950s-inspired improv sketch that frequently opened shows for the Front Porch. When Chiclana pitched Lemons Lemons Lemons Lemons Lemons, she knew Harber was perfect for the role of Oliver; he accepted without even reading the script. “I trusted Hannah,” Harber said. As rehearsals began, Harber told Chiclana and Brenden, “It’s my first play. Treat me like I know nothing.” Transitioning from improv to acting has been challenging for Harber. “It’s nerve-racking. Unlike improv, there are things you have to remember. There are expectations for what you say and how you move,” Harber said. Watching Harber grow into the complexity of the role, Chiclana believes her instincts were spot-on. “He brings out the best and worst of Oliver – and that’s the job of an actor,” Chiclana said. When Chiclana read the script two years ago, Bernadette’s character resonated. “Her faults and beautiful quirks really hit home,” Chiclana recalls, adding that learning about the character caused her to begin reflecting on her own contribution, just like Bernadette. “I found myself asking am I doing enough? Am I giving the things that matter to me enough time and focus? Am I contributing in a way that is meaningful?” As we slowly emerge from the pandemic and contemplate how to reengage with what’s important to us, the Front Porch Improv is providing a meaningful way to do just that. Front Porch Improv Theatre presents Lemons Lemons Lemons Lemons Lemons by Sam Steiner. Thursday, Feb. 25, 8 p.m.; Sunday, Feb. 28, 6 p.m.; Thursday, March 4, 8 p.m.; Sunday, March 7, 6 p.m. In-person and Zoom tickets must be purchased in advance. For in-person attendance, the theater is operating at 30% or capacity and following all CDC Covid guidelines: masks are required and guests are seated in socially distanced pods. Visit frontporchimprov.com for more details and tickets.