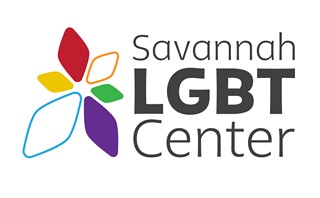 IT’S 5:45AM and I can hear the coffee maker bubbling. Somehow even the sound of caffeine wakes me up.

Like any morning, I roll over to check dozens of emails and messages that have come in overnight. Updated rental order, invitation to a luncheon, cancelled calendar appointment... I work my way through my various email accounts and social media pages before getting to my personal Facebook.

“If I ever see you, I’m knocking your ass out. Fuck you faggot!”

The message comes from a portly, bearded man somewhere in Georgia I haven’t heard of. I delete and move on.

These notes are common enough at this point to garner little more than an eye roll from me. I do some interview in the paper or appear on TV advocating for the rights of LGBTQ people, and a few misguided souls always track me down.

It’s the bargain I signed up for, so I’ve learned to ignore the glares in the grocery store or the occasional message encouraging self-fornication.

I finish my coffee and am on my way to the gym when a new notification pops up on my phone. “What do you perverts have to be proud about?”

This one isn’t directed at me. It’s a post comment on a Savannah Pride event ad we’re running on Facebook. But unlike the earlier message, this one has me anxious.

I’m driving, so there’s nothing I can do until I am stopped. It’s almost 10 minutes until I get to the gym, and the only thing I can think about during that time is the word “pervert” and some kid who is hurting and reading those words as they get ready for school.

Some kid who wants to be honest but is afraid of how the world will treat them. Some kid who, even on an LGBTQ Facebook page, has just had confirmed that they’re different and the world won’t be kind to them for it.

This week our entire community is reminded of our place in this world. The Supreme Court has taken up three cases which all pose the same question: Can a person be fired for being gay or transgender?

In 29 states, including Georgia, my existence is, in fact, cause for termination. My existence is also reasonable cause to deny housing, or to refuse service, including medical care.

I’m at an age and position in life to recognize these judges aren’t ruling on my humanity, they’re adjudicating their own. But for many in our community, that fact is of no consolation.

They’re homeless and struggling for a chance to survive. They’re selling the one thing they have to offer because the world has told them they don’t deserve anything else.

They’re kids afraid their school will kick them out and their family will follow. They’re employees who avoid standing out because with advancement comes questions.

They’re visitors calling hotels to make sure they’ll be welcome on the most important day of their lives.

Whether SCOTUS agrees or not, they’re people who deserve the same basic human dignity guaranteed by law to anyone else regardless of their innate differences.

While much of the country waits for a SCOTUS decision on employment this spring, many cities have already acted to provide non-discrimination protections for sexual orientation and gender identity in housing, employment, and public accommodations.

In Georgia, this includes Atlanta, Chamblee, Clarkson, Doraville and Dunwoody. Savannah, a city with a large queer population, is conspicuously absent. Current City ordinance provides protections in hiring and employment of City employees, but it ends there.

Recently, we started asking why Savannah is so far behind. For context, Washington D.C. passed employment protections for queer people that extended into the private sector in 1973.

Entire states have banned discrimination based on sexual orientation and gender identity for decades.

It seemed at first glance like this must be an oversight. Yet, as we wade further into City politics, we discovered that, by cowardice or apathy, our City government prefers to lean on excuses to avoid action.

We’ve heard that there may be federal laws that would prevent such action (there are none). They claim not to regulate housing, employment, or public accommodations (tell that to any business or property owner).

We’ve been told that they’d love to help, but it might just be impossible. For the first 33 years of my life, getting married was impossible too. Our community is not intimidated by “impossible.”

We need to be clear on this. Silence is complicity. One cannot oppose discrimination and yet seek to maintain access to impose it. We don’t need to wait for politicians at the State Capitol or in D.C. to act. We don’t need to dream of a day when SCOTUS finds their humanity and grants us ours.

We can take action here and now on our own as Savannahians, and when our City officials throw their hands up as though they are helpless, they make fools of us all.

This month we celebrate 20 years of Pride in Savannah, and more than ever we need allies to fight along side us. We need Savannah to make clear that the bigotry of an ignorant world has no place here. And we need action to protect the most vulnerable in our community.

No more waiting. No more excuses. The time to act is now.