June is National Pride Month, and the Bay Street Cabaret is making a statement in a huge way, presenting their new show “Say Gay! Telling Our Stories with Music from LGBTQIA+ Artists, Allies, and Icons.”

“Historically in years past all you have to do is read the comment section on anything that’s advertising our show or anything pride related this month to see that we are still very alienated, so we have to tell our stories,” said Travis Coles, General Manager at Club One and one of cast members in this show.

The show, featuring stories and songs that shine a light on issues facing the LGBTQIA+ community, will be performed on Friday, June 24 and Sunday 26, at Club One’s Bay Street Theatre. Tickets range from $20-$30 and a portion of the proceeds will benefit Savannah’s First City Pride Center.

“I am a huge supporter of the First City Pride Center. I think that Pride centers are fundamental and they are a huge part of the gay community,” said the show writer and director Rick Garman.

Garman was a big supporter of the Los Angeles LGBT Center while living there and when he moved to Savannah he got involved with the center here.

“They can and should be a gathering spot, a touchstone, a place where people can go when they’ve got issues, and a place where they can go to connect and define community and define their tribe and to come together,” said Graman.

“There’s a lot of my personal stories in this particular script, certainly I had my own issues and fear about coming out. There was no context for my parents, a straight white couple living in Iowa. I thought. they’re going to kill me, and I’m going to fall on my mother’s highly polished wood floors. We’re doing a piece about AIDS and growing up in the generation that I grew up in, this is very personal to me,” said Garman.

Garman recalled moving to Los Angeles when he was 18 in the 1980s, working in gay bars during the rise and height of the AIDS crisis that became an epidemic.

During rehearsals for this show Garman had to explain to some of the younger cast members the deep impact of AIDS in the LGBT community.

“I knew hundreds of people who died. A dozen or so that I would call close friends, another couple of dozen that I would call friends. Then because I worked in the gay bars you would hear about some of the regulars who died. There were funerals every week. We’re going to include some statistics you’re going to see during the show about that because a lot of the younger generation don’t know anymore,” said Garman.

Though there are some heavy topics being tackled in this production, this show is still filled with humor and wit as these characters speak and tell the stories that many LGBTQIA+ can relate to and pull inspiration from.

“Some of it’s education, some are statements, some of it is perhaps preaching a little bit, but I hope that we’re doing it in a very personal way. A way that people are going to connect to the stories that are connected with some really fantastic music to go with it,” said Garman.

Although not a traditional musical, each story feeds into live cabaret performances of music from LGBTQIA+ artists, allies, and icons with more than 20 songs.

Each song was strategically chosen to compliment the monologue being told and telling a different aspect of the community.

“I just think that it’s important that our progress wasn’t a one moment achievement. This is something that we have to constantly fight for. It’s important to continue to tell all of our stories across the community and I think we did that well in this show,” said Coles.

There will also be special choral and sing-along performances of “True Colors” by Cyndi Lauper, “You Will Be Found” from Dear Evan Hansen, and “We Are Family” by Sister Sledge.

“We’re inspired by music and I started looking at sort of classic Pride anthems songs by, as it says in the subtitle, LGBTQIA, plus artists, allies and icons, the songs and the artists that are not only a part of our community, but have inspired our community in many ways,” said Garman.

Garman took another approach with casting this show. Though he had in mind who he wanted to play what part, he put the script out to the cast and asked them to choose which role resonated with them the most.

“It was really interesting that the ones that spoke up for roles a lot of times were the ones that I had in mind for them,” said Garman.

Guests must be 21 years of age or older to attend. The theater space is on the second floor and is only accessible by stairs; no elevator is available. Songs will be performed live to pre-recorded tracks. To purchase tickets or for more information, visit baystreetcabaret.com 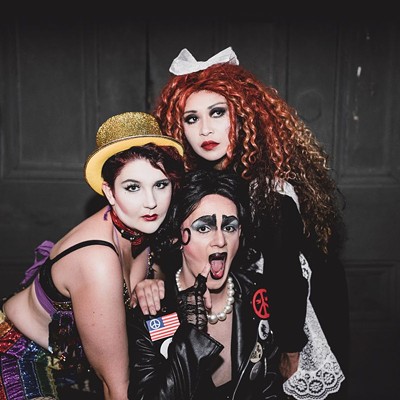 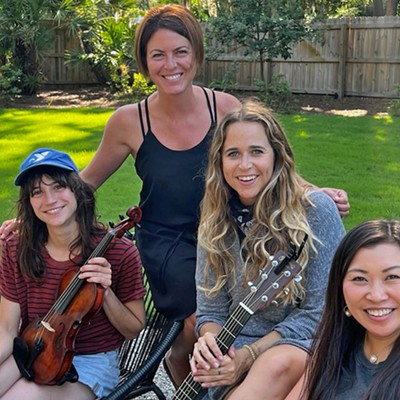