The garden is a study in healthy living; composting, using water reclamation and planning for solar energy to be introduced in the near future.

Art students paint the flowers woven in between the vegetables, inspired by the simple aesthetics of the well-organized flow, while the university’s Garden Club tends dye plants used in the Fibers Department. 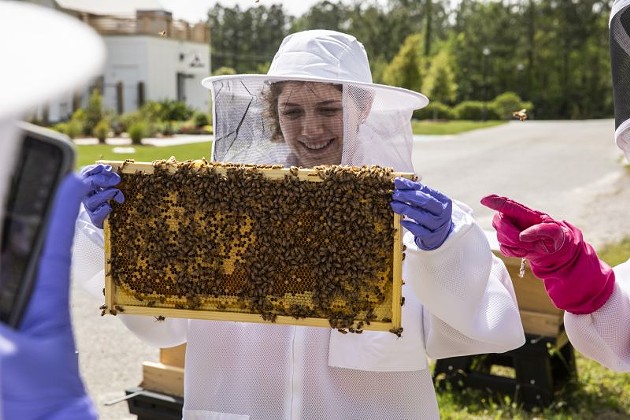 It’s a spot that inspires appreciation of natural beauty, moving SCAD’s students from behind computers into the outdoor world.

The one acre parcel of land that formerly served as overflow parking for the university's athletic field was underused, and Paula Wallace, president and founder of SCAD, took note, starting an initiative to expose their students to the food history of the area.

After quick construction and ambitious deadlines, the lot was transformed into an elegant, working garden, producing seasonal vegetables used in SCAD’s food services and shared with a partner, the Second Harvest Food Bank.

The most surprising success at the garden wasn’t the timeline or the enthusiasm of the student body. It was the almost immediate production of honey by the Back40 apiary’s 17 hives.

It’s appropriate that the garden has had the beekeeping success. This year celebrates the 40th anniversary of the university, and SCAD’s mascot is a bee named ‘Art’.

The university was actually the source of some of the bee population at the farm. Last spring, Jody Trumbull, Assistant to the President and College Apiarian, received a panicked phone call about a bee swarm on the university’s property by Adler and Hamilton Hall. She called Stevie Bennett, who works with her in the apiary, to help.

Using a swarm trap, he clipped the palm branch where the nest was located and brought the young colony to the farm where they were rehoused. Two days later, Stevie had to trap more that were busily building a new comb in the area.

Jody thinks they were left behind in the first rescue,

“They had likely been out foraging when Stevie trapped the queen. We reunited them with their original colony and they’ve been very successful on the farm. In two months, we moved them from a small nuk box with maybe a few hundred members in the colony to a large brood box with several thousand members and growing.” 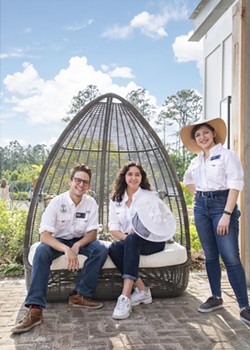 Bees in the Lowcountry are particularly scarce, their numbers subject to attacks by numerous pests and bug control. Mosquito spraying from helicopters typically wipes out entire populations, reducing the pollinators significantly. The choice to spray is a double-edged sword, as Jody explains,

“It’s a delicate balance. We must control mosquitoes in our area because of disease, but at the same time, it has a negative effect on the environment around us.”

The Back40 is located in a limited access area in Jasper County, S.C.,, which sprays by truck. This reduces the exposure to neurological toxins for their bee population.

The SCAD honey is considered ‘Extra White’ using a honey color reader. Its taste is clean and fresh, reflecting the influence of the nectar available.

Jody didn’t expect to have enough honey to share with the culinary department and retail outlets of SCAD, but those first efforts yielded over fifty gallons.

She is constantly amazed at the crop. “We didn’t intend to be in the honey business. We only started with eight to ten hives. We didn’t expect it to be so much.”

They plan to press a third time and then harvest the honey from the brood boxes. In this area of the box, eggs and larva can occasionally be present, even though the bees are clean. Although this organic matter only adds to the nutritional value of the honey, it can be against religious and dietary exclusions. 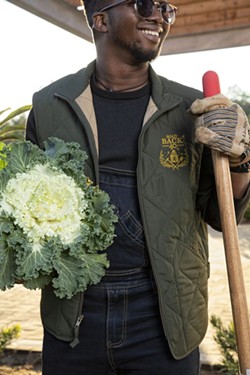 Working to have an all-inclusive honey, Jody installed queen excluders to keep the pressings free of this matter and considered kosher and halal, so that all the students, faculty and staff at SCAD can enjoy the product. She also employs handling methods to keep the honey up to a religious standard.

“Our keeping equipment is stored in two different locations, divided by its use as either breeding chamber or food production chamber. We wash our hive tools and brushes after each use. Bees are highly clean insects and we mirror their efforts in our operation. Further, we sanitized our honey equipment before pressing, cover our equipment between pressings and wash and steam sanitize our jars before bottling the honey product. We also filter the honey as it is drained from the press vat.”

The brood box frames won’t be wasted. That pressing will be donated to Second Harvest Food Bank, along with much of the herbs and vegetables produced.

Jody routinely garbs herself in protective gear and respectfully moves aside covers and insulation to check the heavy slats of honey inside of the boxes, “Every single product that is rendered from a hive serves a purpose, even the venom. That’s being studied for easing arthritis and fighting cancer.”

The sales from the honey will directly support the garden. They’ll be available in limited production in the Gryphon Tea Room and at shopSCAD. Jody plans to work on a website with a storefront, though her responsibilities at the garden seem numerous and time consuming.

They are taking donations, also, to expand into the five acre area that the university has allocated, increasing the student’s involvement in urban planning, painting and sustainability. 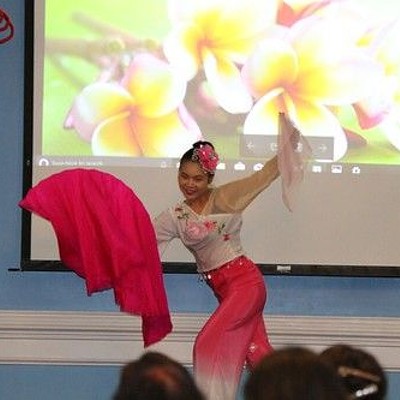