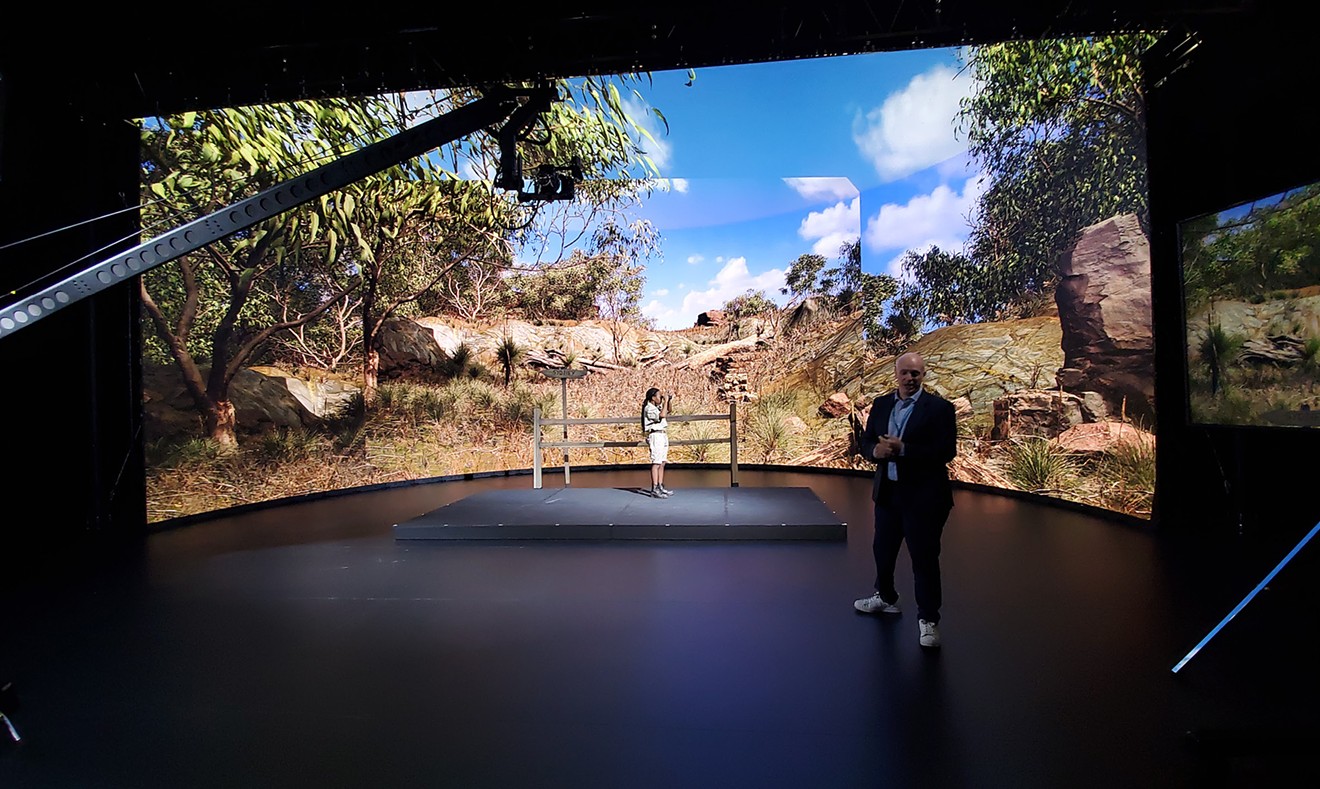 The Savannah College of Art and Design (SCAD) unveiled a state-of-the-art extended reality (XR) stage for virtual production. This stage is part of the 10.9-acre expansion project of the massive Savannah Film Studios on Louisville Road.

“The virtual production stage at SCAD’s Savannah Film Studios is a true game-changer,” said Dan Bartlett, associate dean for the SCAD School of Digital Media. “These facilities are fundamentally changing the way that our students design, produce, and share their stories.

Now, you may be wondering what exactly is XR and how does it work. Though broadly the X means ‘extended’ but really think of the X as ‘unknown’ until you figure out whatever world or set you want to create for X to be and R is reality. So, it is creating these works digitally to serve as a reality background and surrounding.

The Extended Reality Stage, or XR Stage, combines tracking and real-time rendering to create an immersive virtual environment. The XR stage at the Savannah Film Studios is the largest and tallest studio at any SCAD location, providing cutting-edge resources for students that are available only at SCAD.

“With the power of real-time technologies like disguise and Unreal Engine, there’s no limit to the worlds our students can create. No location is out of reach, and SCAD students from across the schools of Entertainment Arts and Digital Media are already collaborating on projects that will take us to fantastical locations that would be otherwise impossible to create on a film set,” said associate dean Bartlett.

SCAD hosted a demonstration of the facility on Fri., Oct. 22 where faculty and students were on hand to present this exciting and immersive technology that SCAD students are some of the first in the country to experience and use.

Khushi Bhatt, a junior Immersive Reality major at SCAD, said, “It is a privilege because I never thought I would have the opportunity to work with this technology. This is one of the only stages in the country and we get to work with it first hand, that is an incredible experience.”

The specs on this studio is impressive and it is using technology that is barely two years old. The SCAD XR stage has an LED wall screen display with a 1.5mm pixel pitch.  The screen measures approximately 40 x 20 x17 feet. The environments displayed on the screen are created using Unreal Engine, the leading software platform originally used to create 3D real time environments for video games.

SCAD has collaborated with MEPTIK, an experiential design and virtual production company co-founded by a SCAD alum Sarah Linebaugh (M.F.A., motion media design, 2014) to design the XR stages at the Savannah and Atlanta locations.

This technology will alter post-production as actors and the filmmakers would be able to see and engage with the digitally projected backgrounds at the same time as they’re filming the scene. There was an actor at the demonstration interacting live with the background that put her in Sydney, Australia.

“This makes it so much better since I know what the director vision is. It is easier to interact in this space when I can see the reality of the world instead a green screen. I can take directions so much better this way and what I am reacting to whether it’s a monster or screen or whatever. This is the most positive thing for me as an actor,” said Tamanda Kadewere, senior performing arts major at SCAD.

SCAD various expansions and forward progress earned The Rookies naming them No. 1 among the Top 50 Creative Media & Entertainment Schools and Colleges in the World for 2021. The 11th Annual Rookie Awards is the world’s largest contest for aspiring creatives in games, animation, visual effects, immersive media, motion graphics and 3D visualization.

SCAD’s expansion of Savannah Film Studios will also include a Hollywood-style film backlot. The first phase of this three-phase project will open in Fall 2022 and two other phases will be completed by 2023.

The Hollywood-style backlot is similar to iconic movie backlots like Paramount, Pinewood, and Universal, said SCAD President and Founder Paula Wallace. The backlot will include scenes from Savannah’s historic district, an urban city scene including alleyways and a gas station, a suburban backdrop of a town hall and homes of all different architectural styles.

“This is going to be such a game changer,” said Andra Reeve-Rabb, Dean of the School of Entertainment Arts and Director of the SCAD Casting Office.

SCAD’s Savannah Film Studios will be the largest, most comprehensive university film studio complex in the country. A second XR stage is currently under construction at SCAD Atlanta, scheduled to open in Fall, 2022.